Another week, another chance to stick our comment-boots on and wade out deep into the Big Think Facebook page to cherry pick our favorites for the week. 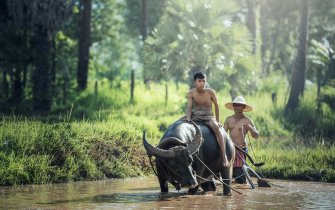 Bruce Bailey: This new generation is just a bunch of lazy cry babies. When I was three weeks old, I had three wives, two dozen kids, seven cars, full sized house and worked in 14 different mines all mining something different than the last.

Does Depression Go Away on Its Own? 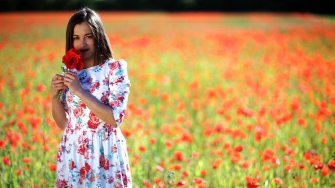 Michael McDermott: From my experience, yes , but with some changes in thinking & behaviors. I experienced bouts of depression for years. After I made a conscious decision to live ( think , act ) in a more positive, mindful way , quit consuming alcohol, stopped eating foods made with flour , sugar – exercise daily. I have never had another bout. It has been years now. 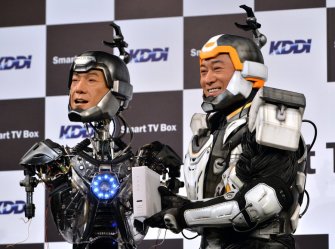 Maddy Mazoolie: I guess we’ll all have to stop doing repetitive task jobs and instead worry about having fun and being creative. Oh shoot.

Jeff Smith:There is more good sense here than some see. A declining population when productivity goes up, whether it’s intentional or not, is smart. Zero Population Growth… or even a decline in population… slows many of the problems,we otherwise exacerbate with blind population growth; and these are many. Just delaying and/or limiting population growth could be a positive. It’s really not a good thing that we are testing the earth’s capacity on do many fronts. 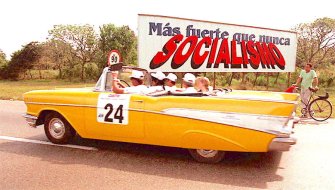 Editor’s note:We got a TON of comments on this article. While, it seems, many (many!) people don’t agree with “socialism” — it would appear that many people take the term to its fullest extreme and think that all socialistic values make everything Communism. Having said that, the article holds true: more people are interested in sharing wealth than having so few people horde it all. Anyway. That’s my 2¢.

As for the comment below, it appears that comment is a meme that, as far as I can tell, originated in a comment section on a CNN article in 2012. The closest thing I can see to this appearing editorially is in the Daily Kos – Ed.

Sam Mitchum:A Day in the Life of Joe Conservative
Joe gets up at 6 a.m. and fills his coffeepot with water to prepare his morning coffee. The water is clean and good because some tree-hugging liberal fought for minimum water-quality standards. With his first swallow of water, he takes his daily medication. His medications are safe to take because some stupid commie liberal fought to ensure their safety and that they work as advertised.

All but $10 of his medications are paid for by his employer’s medical plan because some liberal union workers fought their employers for paid medical insurance — now Joe gets it, too.
He prepares his morning breakfast: bacon and eggs. Joe’s bacon is safe to eat because some girly-man liberal fought for laws to regulate the meat packing industry.
In the morning shower, Joe reaches for his shampoo. His bottle is properly labeled with each ingredient and its amount in the total contents because some crybaby liberal fought for his right to know what he was putting on his body and how much it contained.

Joe dresses, walks outside and takes a deep breath. The air he breathes is clean because some environmentalist wacko liberal fought for the laws to stop industries from polluting our air.
He walks on the government-provided sidewalk to the subway station for his government-subsidized ride to work. It saves him considerable money in parking and transportation fees because some fancy-pants liberal fought for affordable public transportation, which gives everyone the opportunity to be a contributor.

Joe begins his work day. He has a good job with excellent pay, medical benefits, retirement, paid holidays and vacation because some lazy liberal union members fought and died for these working standards. Joe’s employer pays these standards because Joe’s employer doesn’t want his employees to call the union.

If Joe is hurt on the job or becomes unemployed, he’ll get a worker compensation or unemployment checks because some stupid liberal didn’t think he should lose his home because of his temporary misfortune.

It is noontime and Joe needs to make a bank deposit so he can pay some bills. Joe’s deposit is federally insured by the FSLIC because some godless liberal wanted to protect Joe’s money from unscrupulous bankers who ruined the banking system before the Great Depression.
Joe has to pay his Fannie Mae-underwritten mortgage and his below-market federal student loan because some elitist liberal decided that Joe and the government would be better off if he was educated and earned more money over his lifetime. Joe also forgets that in addition to his federally subsidized student loans, he attended a state funded university.

Joe is home from work. He plans to visit his father this evening at his farm home in the country. He gets in his car for the drive. His car is among the safest in the world because some America-hating liberal fought for car safety standards to go along with the taxpayer funded roads.
He arrives at his boyhood home. His was the third generation to live in the house financed by Farmers’ Home Administration because bankers didn’t want to make rural loans.

The house didn’t have electricity until some big-government liberal stuck his nose where it didn’t belong and demanded rural electrification.

He is happy to see his father, who is now retired. His father lives on Social Security and a union pension because some wine-drinking, cheese-eating liberal made sure he could take care of himself so Joe wouldn’t have to.

Joe gets back in his car for the ride home, and turns on a radio talk show. The radio host keeps saying that liberals are bad and conservatives are good. He doesn’t mention that the beloved conservatives have fought against every protection and benefit Joe enjoys throughout his day. Joe agrees: “We don’t need those big-government liberals ruining our lives! After all, I’m a self-made man who believes everyone should take care of themselves, just like I have.” 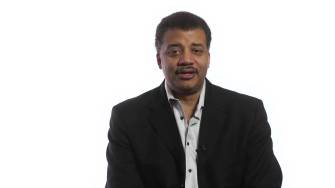 JD Rooster: To all the naysayers of science on this thread. I find it refreshing that you love to use a media and equipment brought to you by science to profess your ignorance. Yep, gotta love it. 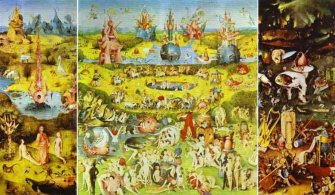 Bernie Burton: Most humans rely on religion to get through life. They fear, more than anything else. They fear death, so they invented a soul and an afterlife. They fear the unknown, so they invented stories to explain why things are the way they are. They fear the random nature of the world, so they invented Gods who are responsible for the good and the bad. Most humans cannot except that things don’t happen for a reason. There is no plan. There is no greater meaning or purpose. Life only exists because it can. The laws of the universe allow for the existence of complex organic molecules to form, so given enough time, they do. Life only exists to perpetuate itself. That’s it. Organic life forms cannot exist indefinitely, so life has to keep reproducing to perpetuate itself. Most humans cannot except the hard Truths of reality, so they create fantasies to live in so that they can cope.

Turns out, organisms may be using quantum mechanics to gain evolutionary advantages.