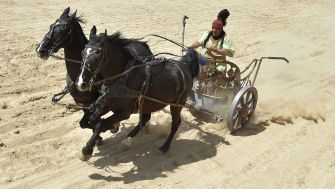 However, he also said that “At the bottom of us, really “deep down,” there is, of course, something unteachable, some granite of spiritual fatum of predetermined decision and answer to predetermined selected questions. Whenever a cardinal problem is at stake, there speaks an unchangeable ‘this is I.’”’ in Beyond Good and Evil

Ask yourself if you are in control of your desires. Can you ignore one temptation in order to advance towards a larger goal? If you can’t, Dr. Nietzsche would say that you have yet to overcome some of your desires and they are derailing your ability to become what you can be. 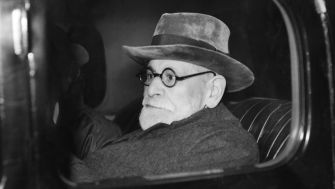 Related
13.8
What kind of intelligence is artificial intelligence?
The initial goal of AI was to create machines that think like humans. But that is not what happened at all.
The Present
What’s effective altruism? A philosopher explains
Some effective altruists “earn to give” — they make as much money as they can and then donate most of it to charities.
Sponsored
How to avoid family fights about money
No family is immune to money conflicts, no matter how much they love each other. Here’s what to look out for.
L&D strategy
Best practices for a needs analysis [Templates included]
Conducting a thorough needs analysis requires care, curiosity, and open-mindedness.
Neuropsych
Memory and the benefits of forgetting
Forgetfulness isn’t always a “glitch” in our memories; it can be a tool to help us make sense of the present and plan for the future.
Up Next
Technology & Innovation
Russian bots tried to hijack the gun debate. Did it work?
The disinformation campaigns made famous in 2016 continue.