Researchers have developed computer software that can accurately diagnose clinical depression by noticing how people behave during psychiatric interviews. But unlike long discussions about family history and mental feelings, the software gauges biomarkers that are thought to be more objective than a psychiatric evaluation.

Developed by researchers at the University of Southern California and Carnegie Mellon University, the software tracks how a person moves during a video-recorded interview, taking its cues from three primary biological indications.

How long you hold a smile and how often you look at the ground can diagnose clinical depression with 75 percent accuracy. By analyzing speech pattern, the test becomes 85 percent accurate. 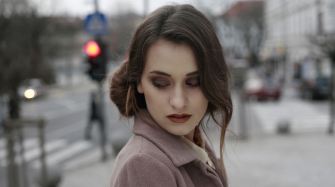 One qualitative standard used by psychiatrists to diagnose depression is the pronunciation of vowels — depressed people tend to slur them. “The software found that depressed participants’ vowel-space ratio in normal speech was 0.49 (compared with 1.0 for a reference population reading a standard word list).”

While the software isn’t designed to replace psychiatric evaluations performed by trained mental health professionals, it could relieve some pressure from doctors’ often-busy schedules. But the real benefit would be alleviating the pain sooner of those suffering from depression.

Technology has replaced labor in industrial sectors for decades, but more advanced industries, from law to medicine, are also at risk of being replaced by automation. Andrew McAfee, associate director of the Center for Digital Business at the MIT Sloan School of Management, explains:

Read more at the Economist.

People around the world, mostly Generation Z, are obsessed with the look and feel of gothic, elitist universities. Why?
Up Next
Technology & Innovation

Bill Nye said the Rosetta mission would lead to amazing discoveries we hadn’t yet even thought of. He might have been more right than he imagined.