Time is actually slowing down and will come to a halt, says a radical theory

A theory proposes that the universe is not speeding up in its expansion but that time is actually slowing down. 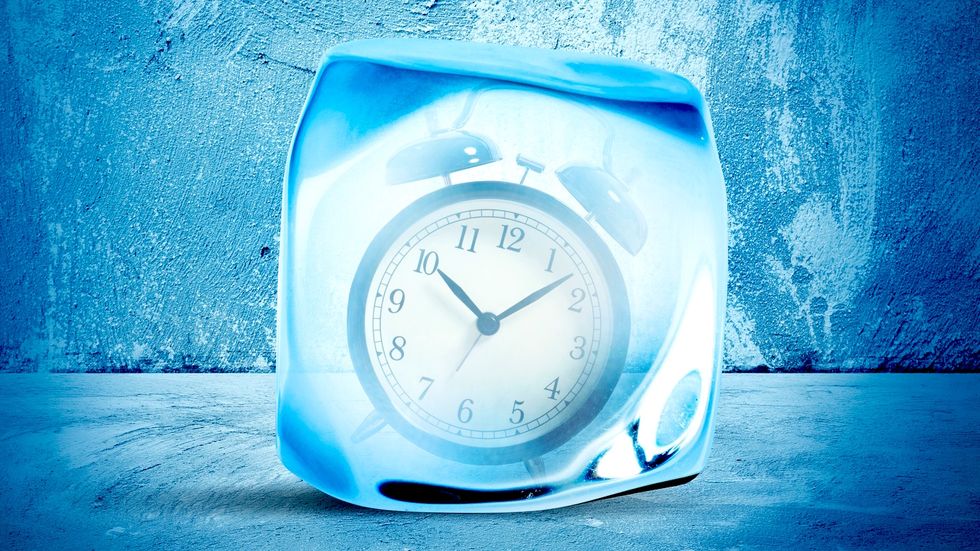 If you think about it, time can really weird you out. What is it exactly? How do we know it is even real and not a concoction of our brain? We certainly have a use for it, and it pretty much runs our lives on a daily basis. We constantly check the time, we make appointments based on it, we judge the courses of our lives based on the seeming fact that certain events happen to us at one point in time and not another. And we don’t know how to get back to the time that’s already passed us by. But as Einstein showed in the beginning of 20th century, we don’t really understand all that well how time works. It doesn’t seem to work the same way throughout our universe and depends on who is observing it.

One team of scientists looked at time from a different perspective. They considered the fact that the universe appears to be speeding up in its expansion and wondered - what if that’s not really happening either? What if instead, time is actually slowing down. And not only that - one day it may come to a complete halt.

The idea came to Professor Jose Senovilla and colleagues Marc Mars and Raul Vera of the University of the Basque Country, Bilbao, and University of Salamanca. They thought that rather than supernovae moving away from us, indicating that the universe’s expansion is speeding up - we are not actually getting farther from anything, but time is slowing down so the light is taking longer to reach us. There is no mysterious dark energy under their theory, either.

What will happen once time stops altogether, perhaps in billions of years from now? "Then everything will be frozen, like a snapshot of one instant, for ever,” explained Senovilla.

More specifically, in the paper that they published, the scientists propose a theory that sees our universe being inside a multidimensional “brane” that floats through a higher dimension of space. Time, under this theory, is the fourth dimension that is slowly degrading into a new spatial dimension.

In an interview with New Scientist, Senovilla expanded on how they arrived at their thinking:

“The theory bases it’s idea on one particular variant of superstring theory, in which our universe is confined to the surface of a membrane, or brane, floating in a higher-dimensional space, known as the “bulk”. In billions of years, time would cease to be time altogether.” Senovilla told to New Scientist, adding “Our planet will be long gone by then.”

One additional argument in favor of this hypothesis was voiced by Gary Gibbons, a cosmologist at Cambridge University. He wondered - if time started with the Big Bang, who is to say it can’t stop?

"We believe that time emerged during the Big Bang, and if time can emerge, it can also disappear – that's just the reverse effect,” said Gibbons.

Here’s where you can read the Spanish study, published in Physical Review D.

And if you're wondering, here's how Neil deGrasse Tyson explains time: