What Really Made Humans Smart?

A noted neuroscientist's new study illuminates what remarkable invention made our brains the largest of all the primates. 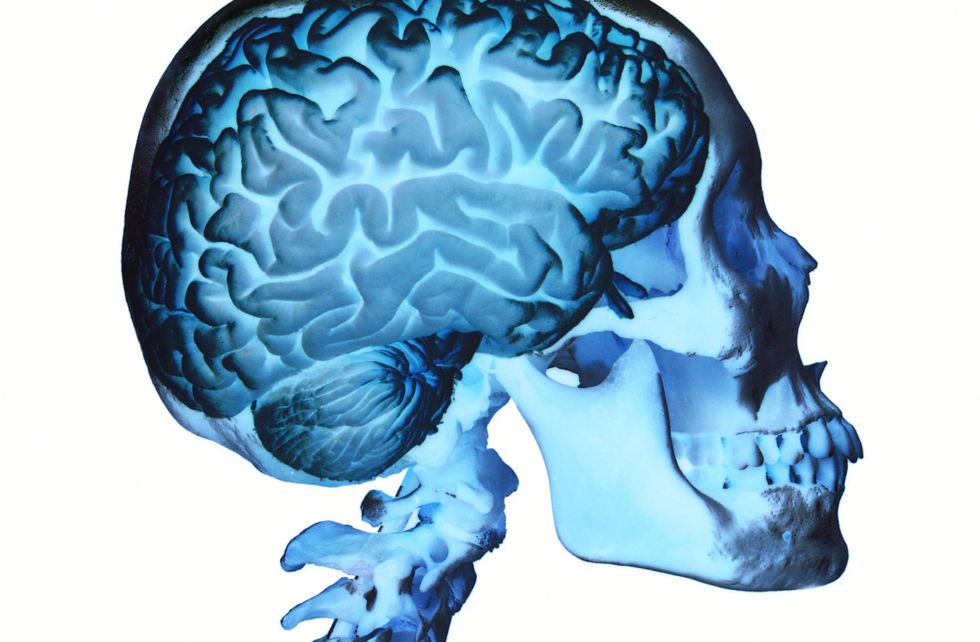 A skull in profile

Why are we the smartest of all the animals? A new study led by a noted neuroscientist has the answer - it’s not just the size of our brains but the total number of neurons inside it.

"People need to drop the idea that the human brain is exceptional. Our brain is basically a primate brain. Because it is the largest primate brain, it does have one distinctive feature: It has the highest number of cortical neurons of any primate. Humans have 16 billion compared with 9 billion in gorillas and orangutans and six-to-seven billion in chimpanzees. It is remarkable, but it is not exceptional.”

The neurons in question are located in the prefrontal cortex, which appears responsible for for our personality, abstract thinking and decision making.

How did our brain grow larger than the brains of gorillas and orangutans, whose bodies are bigger than ours? It’s because of cooking!

In her book The Human Advantage: A New Understanding of How Our Brain Became Remarkable, Herculano-Houzel explained it this way:

“Our big brains are very costly. They use 25 percent of all the energy the body needs each day. Cooking allowed us to overcome an energetic barrier that restricts the size of the brains of other primates."

How did cooking allow us to get past this barrier? The neuroscientist goes back to the beginning for an explanation, tying the discovery of tools and the invention of cooking to the growth of the human brain.

"Those early tool makers had brains about the same size as gorillas. But, beginning about 1.8 million years ago, the brains of our ancestors began growing steadily, tripling in size over the next 1.5 million years.”

What happened to make their brains grow so rapidly? They figured out how to slice and dice, how to start fire and, ultimately, how to cook.

“Take a single carrot. If you eat it raw, it will take 10 to 15 minutes of vigorous chewing and your digestive system will only capture about one third of the calories. But, if you cut the carrot up and cook it for a few minutes, it takes only a few minutes to consume and your body gets 100 percent of the calories."

Cooking thus allowed us to prepare and consume a meal high in calories efficiently. And we needed more calories to grow our energy-hungry brains. If we couldn’t cook and ate the food raw, we would have had to spend 9.5 hours every day foraging for and eating food. Basically, doing nothing else.

"It's amazing that something we now take for granted, cooking, was such a transformational technology which gave us the big brains that have made us the only species to study ourselves and to generate knowledge that transcends what was observed firsthand; to tamper with itself, fixing imperfections with the likes of glasses, implants and surgery and thus changing the odds of natural selection; and to modify its environment so extensively (for better and for worse), extending its habitat to improbable locations."

You can read the Herculano-Houzel’s study “No relative expansion of the number of prefrontal neurons in primate and human evolution” here.

You can also check out this TED talk by the neuroscientist on “What is So Special about the human brain?”