The highest paid athlete in history does not live in modern times. That person lived in Ancient Rome. 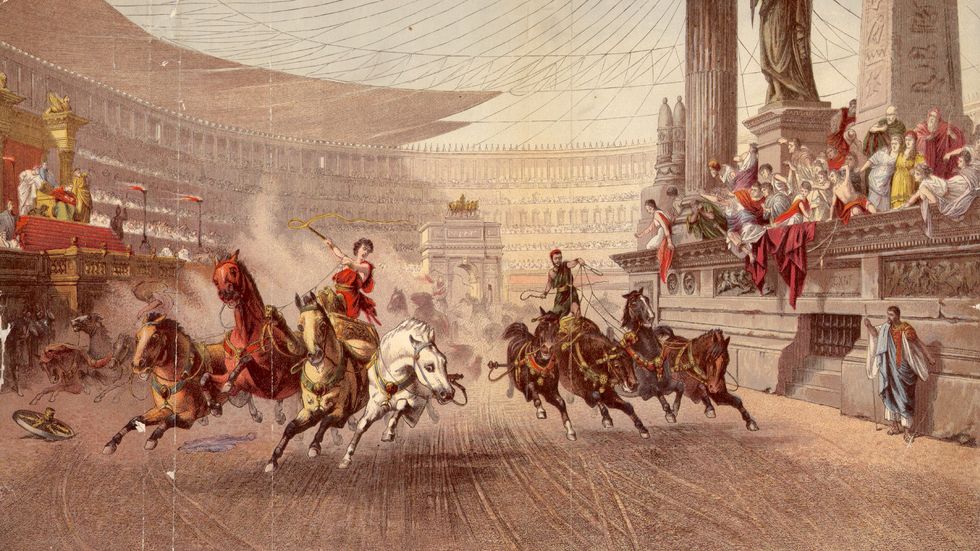 Soccer maestro Cristiano Ronaldo's 2017 pay of $93 million makes him the world's highest-paid athlete, according to Forbes magazine. The money that comes in from salary and endorsements make NBA great LeBron James second on that list with $86.2 million, while the $80 million earned by Lionel Messi, another soccer legend, rounds out the top three. But none of these amazing athletes can compare to the earning ability of the highest-paid athlete of all times - a Roman charioteer by the name of Gaius Appuleius Diocles, who got paid $15 billion in his lifetime.

Historian Peter T. Struck says that Diocles, a Lusitanian Spaniard who lived from 104 to 146 AD, earned 35,863,120 Roman sesterces in his lifetime - a figure that would amount to the $15 billion in today's money. The number is inscribed on a monument in Rome, erected for Diocles by his fans at the end of a 24-year career.

The most famous races took place at Circus Maximus, a sports arena in Rome. Drivers generally came from lower social classes and affiliated with teams. The colors of the team jerseys - Reds, Blues, Whites and Greens - made it easier for fans to keep up with and root for their favorites. For the large majority of his chariot-racing life, Gaius Appuleius Diocles was a Red.

Races began when the emperor dropped his napkin and ended seven breathless laps later. Those who didn't get maimed or killed and finished in the top three took home prizes.

As a charioteer, Diocles was known for a strong final dash, says Struck. His wardrobe would have consisted of a leather helmet, protector for the chest, shin guards, a jersey and a whip. He’d also carry a curved knife to use on opponents or if he got tangled up in the reins as a result of a fall.

If you're in the mood for some chariot racing, here's the classic clip from the 1959 film Ben Hur:

And here's a clip from the most recent Ben Hur movie version from 2016: