Harvard's Steven Pinker makes the case that excessive political correctness can be damaging to society and lead to the growth of radical opinions. 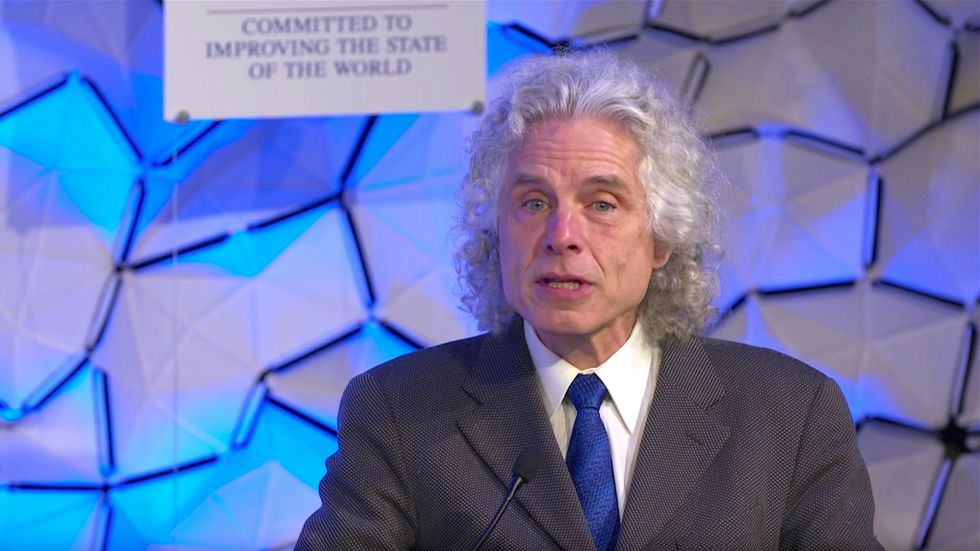 At the January 25th panel of the World Economic Forum's annual meeting in Davos, Switzerland, Steven Pinker, popular science author and cognitive psychologist who teaches at Harvard University, made the case that political correctness may be responsible for feeding some of the most odious ideas out there, developed by tech-oriented loners who grow such thinking in isolation from the mainstream discussion.

Pinker pointed out that by treating certain facts as taboo, political correctness helped “stoke” the alt-right by “giving them the sense that there were truths the academic establishment could not face up to.” He said the alt-right feeds on overzealous political correctness, pushing back with wrong-headed ideas that develop in their own bubbles - ideas on differences between the genders or capitalist and communist countries or things like crime statistics among ethnic groups.

Pinker thinks all discussion should be in the open so the bad ideas can be weeded out instead of inadvertently fueling movements like the alt-right and making them grow.

“If those beliefs are allowed to fester in isolation,” said Pinker, then people who hold them can “descend into the most toxic interpretations” of them. If such beliefs were in the open, then “they can be countered by arguments that put them in perspective that don’t allow them to become fodder for some of the more toxic beliefs of the alt-right”. Pinker also argued that members of the alt-right are not necessarily all torch-carrying “knuckle-dragging brutes,” but often quite intelligent and literate, with some studying at Harvard University. He does think they “stay under the radar,” afraid of being put in professional jeopardy.

The professor related the story how at a previous panel held at Harvard University, he expressed such thoughts and immediately became praised by the alt-right for supposedly supporting their views, while being blamed by the left for somehow giving the alt-right cover. Of course, no such thing really happened as Pinker’s thoughts were grossly misrepresented by the opportunistic alt-right websites. But the incident illustrated how quickly even the meta discussion of political correctness was attacked by the “political correctness police” who distorted his views and misdirected the discussion.

Should there be some views that are taboo and that cannot be legitimized through discussion? Pinker thinks we should be “mindful of excessive taboos” on opinions because the demonization could “backfire by sapping the credibility” of academics and journalists, especially when discussing certain topics that are self-evident to many people. This can only help poisonous opinions grow. Pinker explained that this problem extends further because it can make the knowledge offered by academia and experts less legitimate. If there are some opinions that are squashed and proper debate is not allowed, then who is to say that the bigger claims from the experts like climate change should be trusted?

“If only certain hypotheses can be discussed, there’s just no way that you can understand the world because no one a priori knows the truth. It’s only by putting hypotheses out there and evaluating them that you can hope to increase your knowledge about the world,” said Pinker.

Pinker warned against “left-wing orthodoxy” as much as any radical movement from the right, because there has to be a “range of opinions” to preserve the credibility of academia and journalism.

He also proposed that students are not necessarily more intolerant today towards dissenting opinions. The students in the 60s were much the same in their practices. “Free speech is highly unintuitive,” remarked the author.

He elaborated that the idea of free speech in a way goes against human nature and always deserves fighting for. This is why the rationale for free speech needs to be articulated and people need to be reminded that the principle is important for our society.

“Human beings are highly fallible," proposed Pinker. "Most of the things we think are right, history will show to be wrong. A lot of human progress was advanced when people voiced heterodox opinions in the face of opposition.” Our world today has features, like improved civil rights, that were banned just recently, pointed out the professor. And many of these changes that we experienced in our society began as opposition voices that were allowed to be heard under the commitment to free speech. For that reason, it's important to not sink into tribalism or make free speech “an alt-right issue."

He also cautioned that societies which enforce their version of political correctness are often the ones experiencing a “descent into totalitarianism.” Just look at Soviet Russia, Maoist China, and Nazi Germany. They all began by criminalizing speech, said Pinker.

Check out the full panel, with other fascinating takes on political correctness here: