Scientists Make a Breakthrough in Teleportation

Chinese scientists accomplish the feat of teleporting a photon to a satellite hundreds of miles above Earth. 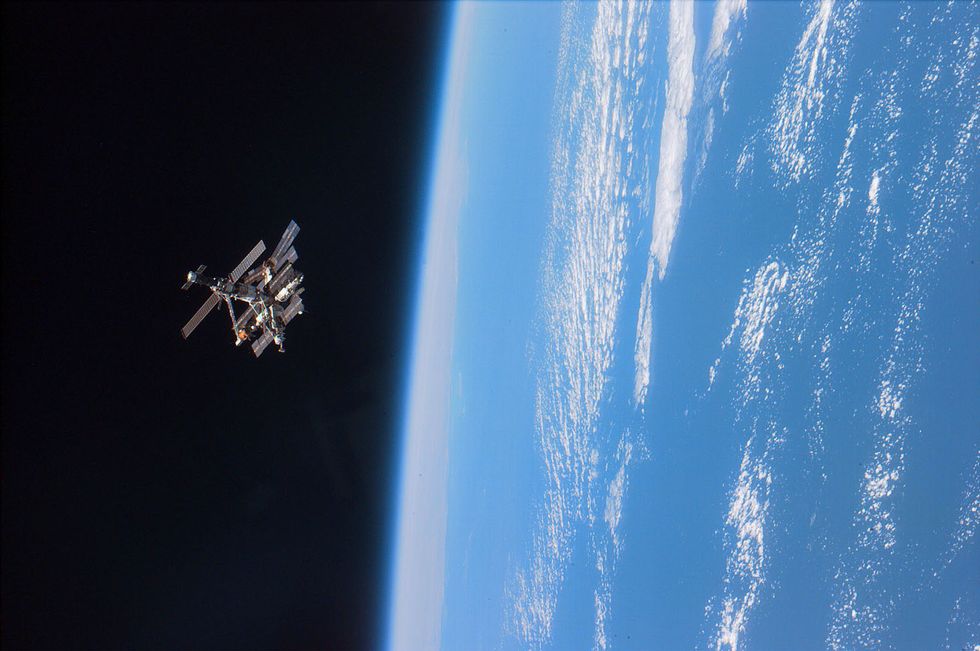 Chinese researchers teleported a photon from Earth to a satellite in orbit more than 500 kilometers above. While this isn’t quite in the realm of “beam me up, Scotty,” and we are not teleporting humans just yet, the scientific breakthrough is a significant step forward in developing quantum technology.

The team working on the Micius satellite, launched in 2016, managed to create a satellite-to-ground quantum network, which it utilized in the feat. The satellite is a very sensitive photon receiver, useful for testing such quantum techniques as entanglement, cryptography and teleportation.

How was the teleportation accomplished? Other quantum labs have managed to accomplish it in lab settings but the current teleportation of the photon established the longest distance over which entanglement has been ever measured. As MIT Technology Review explains, the somewhat amazing thing about entanglement is that when two quantum objects like photons are formed at the same place and time, they become linked, described by the same wave function and sharing a connection even when separated by giant distances. A measurement of one immediately influences the state of the other quantum object.

Quantum teleportation in this case means not physically moving the object but changing the information content in such a way that allows you to move to space the same information that you had on Earth. The photon in space takes on the identity of the one on the ground.

“How it works is really communicating information in a way that harnesses quantum mechanics,” explained Oxford University professor Ian Walmsley to BBC. “So they have information in one photon that they have on Earth. And the second photon that is up in the satellite. And they are able to transfer information from one to another.”

The Chinese team’s accomplishment dramatically increases the distance of possible teleportation, with the team pointing to long-distance teleportation as “a fundamental element in protocols such as large-scale quantum networks and distributed quantum computation.”

“Previous teleportation experiments between distant locations were limited to a distance on the order of 100 kilometers, due to photon loss in optical fibers or terrestrial free-space channels,” states the team.

Check out this video on quantum teleportation:

The useful thing about teleporting to a satellite is that photons trying to reach it have to travel through a vacuum. To further reduce the amount of interference from the atmosphere, the Chinese team also set up a ground station in Tibet at an altitude of 4,000 meters.

The specifics of the experiment involved creating an entangled pair of photons on the ground, with the rate of 4,000 per second. One of these photons was then beamed to the satellite passing overhead, while the other one remained on the ground. The photons in both locations were measured to ensure that they were still entangled. In the course of 32 days, millions of photons were sent that way, with positive results achieved in 911 cases.

The uses of this technology could have a number of applications, from secure long-distance communications to cloud-based quantum computer networks.

“This work establishes the first ground-to-satellite up-link for faithful and ultra-long-distance quantum teleportation, an essential step toward global-scale quantum internet,” says the team.

You can check out the new study yourself here.