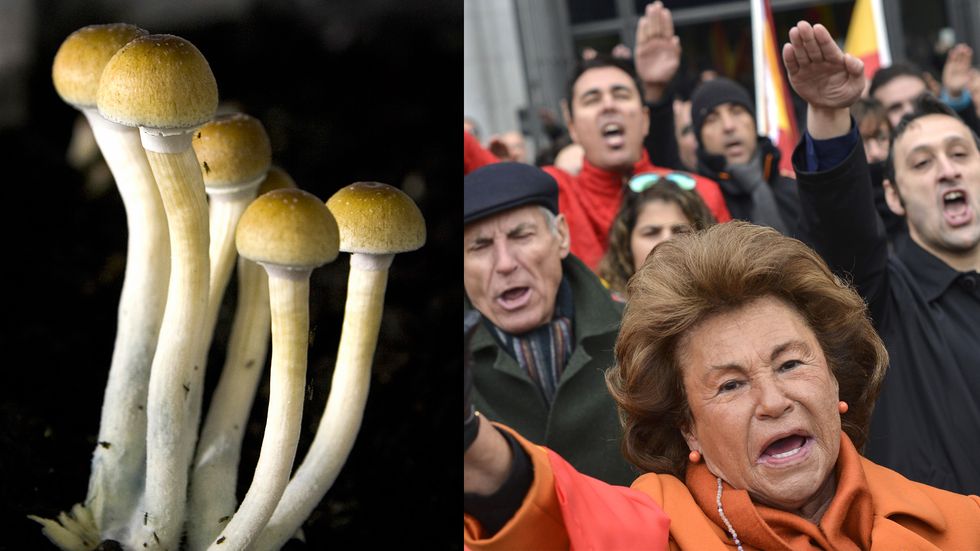 The study, authored by Taylor Lyons and Robin L. Carhart-Harris, a leading researcher in this field, shows that psilocybin treatment can lead to lasting changes in such mindsets.

"Our findings tentatively raise the possibility that given in this way, psilocybin may produce sustained changes in outlook and political perspective, here in the direction of increased nature relatedness and decreased authoritarianism," write Carhart-Harris and Lyons.

The researchers built on previous studies that showed the specifics of the political views and relationship to nature of psychedelic drug users. A 2017 study of 1,487 people discovered that people on LSD and magic mushrooms were more likely to say they enjoyed spending time in nature and felt connected to it. Another British study from 2017 of 900 people also found that people who use psychedelics experience a greater relatedness to nature and tend to be more liberal or libertarian in their politics.

What Lyons and Carhart-Harris set out to understand in their relatively small current study (involving 14 subjects) was whether using psilocybin could specifically promote anti-authoritarian attitudes and nature-oriented feelings. They compared 7 subjects with major depression, who were resistant to previous treatment and now received two oral doses of psilocybin, to 7 control subjects who were not taking the psychedelic ingredient.

Participants like this one relayed how much their connection to nature was transformed:

"Before I enjoyed nature, now I feel part of it," wrote one subject. “Before I was looking at it as a thing, like TV or a painting… [But now I see] there's no separation or distinction, you are it."

These participants also showed a marked and lasting decrease in authoritarian attitudes and had fewer depression symptoms. Those who have not received the drug, showed no such changes.

The study's small sample was partially intentional, to be able to draw some inferences about cause and effects. But it's certainly also a limitation that leaves more to be explored in future studies. One possibility is that psilocybin decreased attitudes that could make one yearn for “dear leader" indirectly by alleviating depression, leading the authors to caution that “it would be hasty, therefore, to attempt any strong claims about a causal influence due specifically to psilocybin at this stage."

Read the new study published in the journal Psychopharmacology.