Physicists create a structure that breaks the symmetry of time. 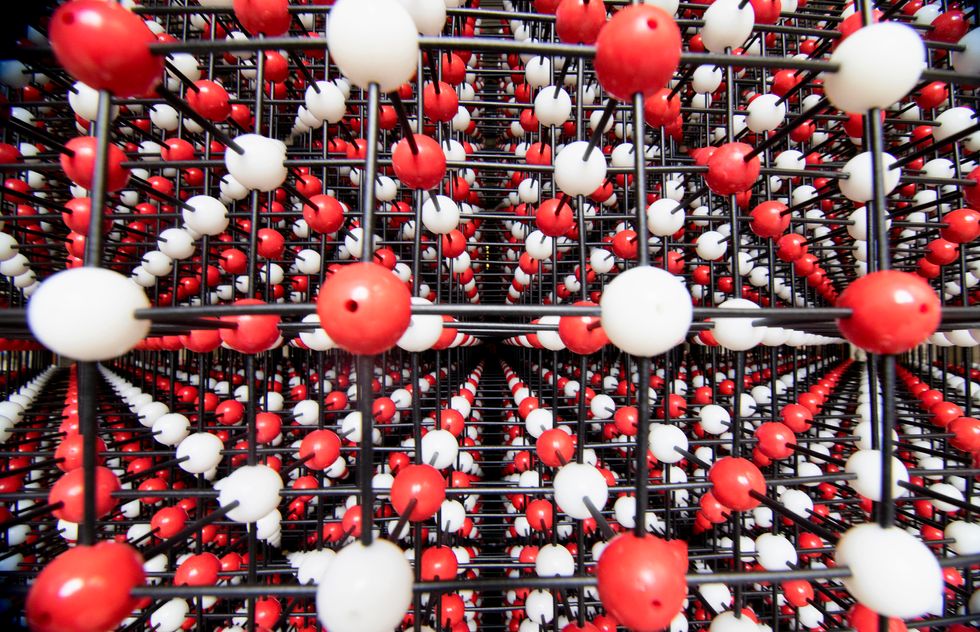 Time crystals are hypothetical structures proposed by Nobel-Prize winning theoretical physicist Frank Wilczek in 2012. What’s special about them is that they would move without using energy, breaking a fundamental physics law of time-translation symmetry. Such crystals would move while remaining in their ground states, when they are at their lowest energy.

They’ve been deemed “impossible” by most physicists and yet, at the end of August, experimental physicists from University of California, Santa Barbara and Microsoft’s research lab station Q published a notable paper on how time crystals may be feasible and their plan for creating them. What’s also remarkable, if time crystals were actually created, they would re-define the nature of time itself, potentially reconciling the rather weird field of quantum mechanics with the theory of relativity.

Now comes news that scientists from the University of Maryland tried an experiment suggested by Frank Wilczek and actually made a time crystal that works. They created a ring-shaped quantum system of a group of ytterbium ions, cooled off to their ground state. In theory, this system should not be moving at all. But if it was to periodically rotate, that would prove the existence of symmetry-breaking time crystals.

The research scientists used a laser to change the spin of the ions to put them into perpetual oscillation. As reported by MIT Tech Review, they discovered that over time the oscillations eventually happened at twice the original rate. Since no energy was added to the system, the only explanation was that they created a time crystal.

As their paper undergoes the peer-review process, the physicists look for others to repeat their experiment. If their discovery is confirmed, the repercussions of this groundbreaking development are only beginning to be understood. One potential application suggested by the scientists may be in quantum computing, where time crystals may be utilized for quantum memory.

You can read the new paper “Observation of a Discrete Time Crystal” here.