Nerd vs. geek: How an insult became a compliment

Now might just be the best time in history to be a geek or a nerd. How have the definitions and connotations changed over time? 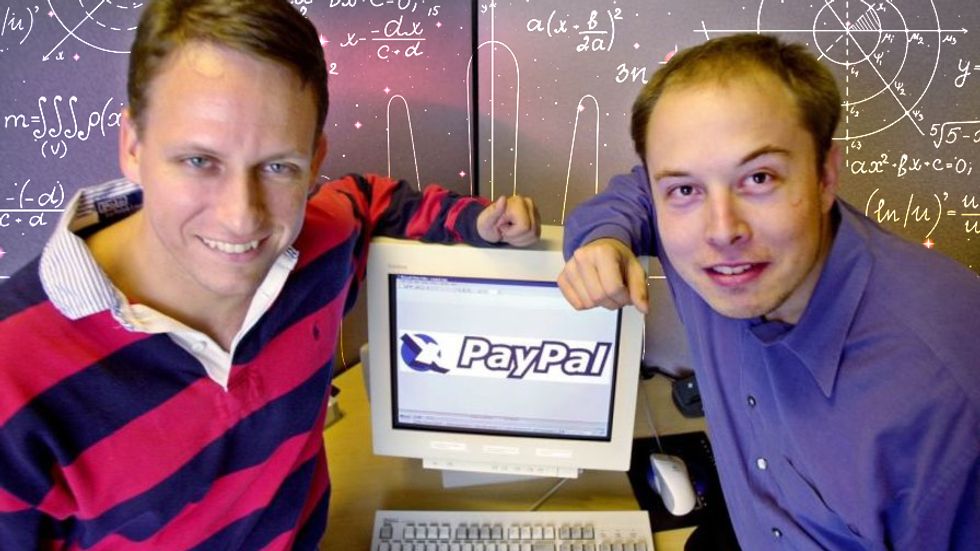 Are you a geek or a nerd? Maybe you don’t want to admit it, but chances are you may have some qualities of both in you. But what is the real difference between the two terms?

'Geek' comes to us from history, being a term coined all the way back in the 1500s. At that time, it was reserved for a person thought to be a fool. Another possibility is that it comes from the 18th-century word 'gecken' used during the reign of the Austro-Hungarian Empire, where it referred to circus performers who specialized in biting heads off live chickens. Fast-forward to the 1950s and the word geek came to mean what it essentially does today, designating someone who is very passionately into technology or certain sub-cultures. You can have academic geeks, computer geeks, film geeks, Star Wars geeks, video game geeks, food and fashion geeks and so forth. Geeks gather collections of objects, facts, and mementos related to their obsessive interests, as Big Think wrote previously. Geeks can also fix things for you, a fact used by the retailer Best Buy in naming its repair division the Geek Squad.

A 'nerd' could be similarly passionate but focused on achievement over collecting, preferring to gain knowledge and skills rather than trivia. One fun bit of trivia, however: the term nerd was invented by none other than the beloved children’s author Dr. Seuss in 1950 when he wrote, “A nerkle, a nerd, and a seersucker too!” in his book If I Ran the Zoo.

In 1951, a Newsweek article pointed out that the term started to become popular as a synonym for a “drip” or a “square” in Detroit, Michigan. The usage of the word just spread from there, entering popular culture in the 1970s when it was frequently used on the TV sitcom Happy Days—the one with Fonzie.

Here’s how Slackpropagation differentiates between geeks and nerds:

While geeks can have certain cool factors, nerds tend to be thought of as overly intellectual and often perceived to be lacking in social graces. As a result, more people would admit to being geeks than nerds. Still, like geeks, modern nerds have reclaimed some measure of pride in what was once a more decidedly negative term with the nerds of Silicon Valley, in particular, finding that the qualities that once had some laughing at them could actually earn them millions (and for some, billions). Kory Stamper, a lexicographer at Merriam-Webster Dictionary and a Big Think contributor, explains how the terms have been reappropriated. She explains that 'nerd' refers to someone with a depth of knowledge in a specific field or topic—making her a true word nerd—while geek now denotes a technical know-how, a brainy group that is good at technology.

"There was a dip in its usage for a while before becoming more popular as more people started learning html and building their own websites," wrote Stamper. "It came back in the mid-1990s, when it was still being used disparagingly. There was a slow shift and by the 2000s, it began to register a neutral sense."

It also bears saying that one of the most popular shows of the past decade has been The Big Bang Theory, which celebrates both nerds and geeks. This is a clear example of Slackpropagation's definition: The Big Bang Theory is a show about nerds, made for geeks. The show makes gentle fun of its heroes, who fit most of the stereotypes ascribed to these words, but it also helps them become understandable and beloved by a massive audience around the world.

Also of note is that you will now find more people calling themselves nerds or geeks than ever before, signifying the cultural transformation of these concepts. Many people are now ready to “own their nerd-dom,” as noted by author Neil Gaiman.

So which one are you, a geek or a nerd?