An increasingly likely catastrophe can cause major disruptions in space flight and our daily lives. 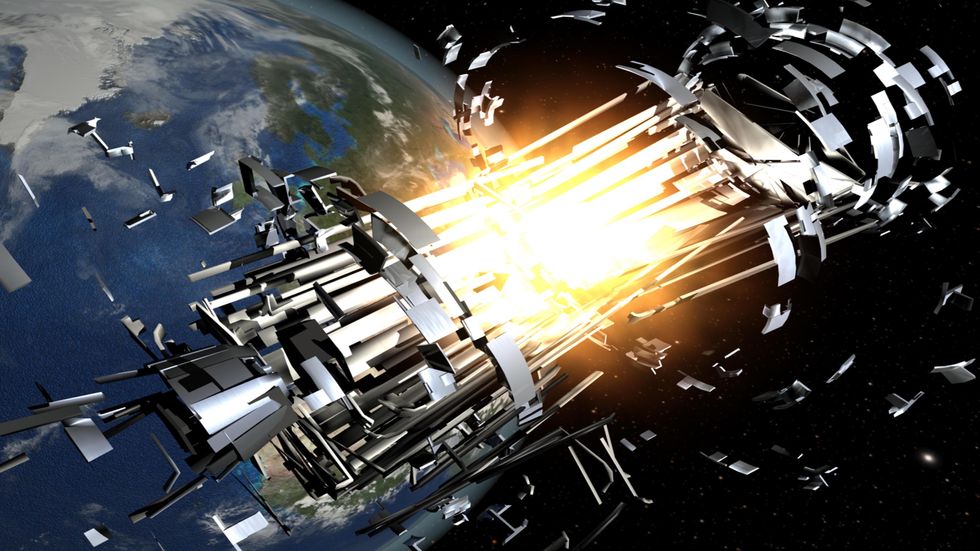 A 2009 incident dubbed the Cosmos-Iridium collision featured a space collision between Russian and American communication satellites that provided a preview of potential attractions in the massive debris field it created. The accident resulted in more than 2,000 pieces of relatively large space junk.

While there are some safety measures being taken, like the Space Surveillance Network run by the military, the sheer amount of stuff already floating in space makes the domino effect of explosions a likely possibility.

Check out this video about the Kessler Syndrome that features Don Kessler himself. And here’s Kessler’s original paper on the subject, titled 'Collision Frequency of Artificial Satellites: The Creation of a Debris Belt'.