How Little Can You Own and Still Be Really Happy?

Around the world, people are embracing minimalism as a lifestyle, focusing less on owning things. 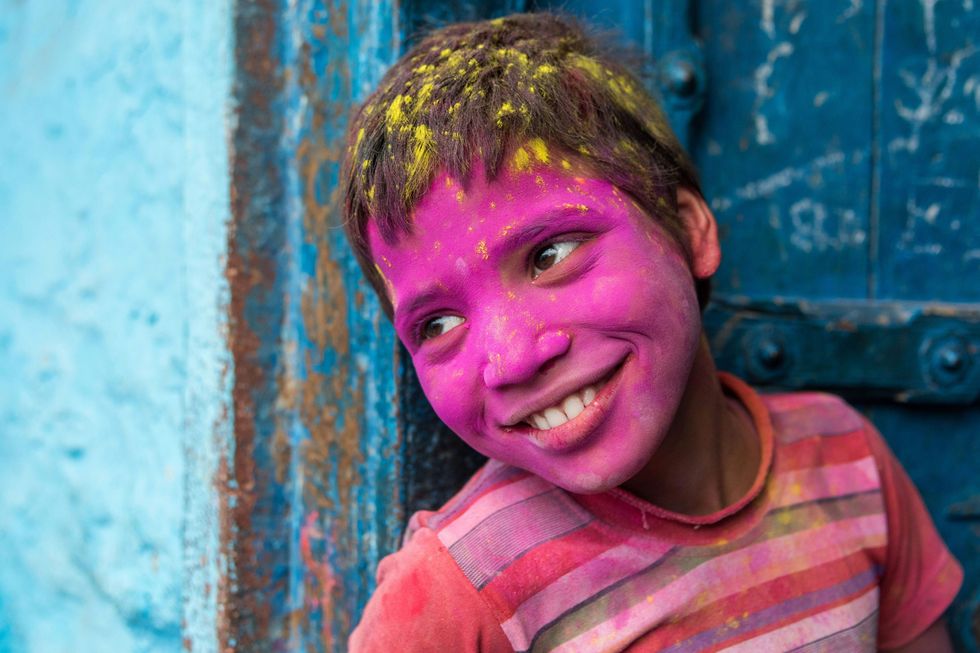 How to live a happy life? This question has been pondered by the billions of people that came before us and very likely will be the root of human existential concern going forward. If you live in a Western society, like America, you might think that happiness is defined by the objects around you. It can be your house, your Xbox, your iPhone, your car, or the millions of products you can buy in a local supermarket for your eating pleasures. All around us are things we want or at least we are told we should want them, courtesy of the ubiquitous advertising that blankets our every waking step.

But what if you just stopped wanting things? You might find yourself living a life that's much richer in experiences and closer to happiness.

How to get there? Try minimalism.

Joshua Fields Millburn and Ryan Nicodemus found the minimalist lifestyle after giving up their six-figure jobs as corporate executives. They moved to Montana and lived for a while in a cabin in the woods like Henry David Thoreau.

It's not that they are completely against ownership of things - rather they feel the issue is the meaning we give to these things. Often in our society, things occupy too important a place. After giving up 90% of what he owned, Joshua felt like “Everything in my life became my favorite thing," as he stated in this interview to Boston Globe.

Eventually, Millburn and Nicodemus came back out to the world to advocate for minimalism. With 100,000 monthly readers for their blog, it's safe to assume there's an audience for what they have to say. Their elevator pitch for how they live is:

"Minimalism is a lifestyle that helps people question what things add value to their lives. By clearing the clutter from life’s path, we can all make room for the most important aspects of life: health, relationships, passion, growth, and contribution."

Joshua and Ryan are featured in new documentary about people living the minimalist lifestyle that is coming out this year:


The realization how to live their lives by "the minimalists" corresponds to a growing body of research that suggests having memorable experiences is what makes us happy, not what we own.

Minimalism is not just a reaction against American consumerism. People are increasingly living this way all around the world. There's a growing minimalist movement in Japan, where it's been linked to a Zen Buddhist mindset. Fumio Sasaki, a 36-year-old editor who owns three shirts, four pants, four pairs of socks and little else, explains the appeal this way:

"Spending less time on cleaning or shopping means I have more time to spend with friends, go out, or travel on my days off. I have become a lot more active."

Another way to live simply is to not to take up much space in where you live. This kind of thinking led to the "Tiny House Movement". It's reaction in particular to the long-standing trope of the "American dream", whereby every citizen was essentially made to have a house as a sort of prerequisite to being a real American. The Tiny House folks estimate that an average American home is around 2,600 square feet in size and people spend roughly 15 years of their life working to pay for such a house, while living paycheck to paycheck.


The Tiny House people tend to live in houses between 100 and 400 square feet and focus on living simpler lives, unencumbered by debt and objects, while leaving a much smaller ecological footprint.

Here are some more facts about the Tiny House owners:

If you think minimalism is some kind of hippy affliction, consider that some capitalist icons in the Western culture are minimalist Silicon Valley pioneers. You've probably noticed that one of the world's richest men (a founder of something calling "Facebook"), Mark Zuckerberg, wears the same grey t-shirt every day. Why? He says that:

"I really want to clear my life to make it so that I have to make as few decisions as possible about anything except how to best serve this community."

Mark and his wife also pledged to give away 99% of their Facebook shares to charity.

Apple's founder Steve Jobs was also famously minimalist in his wardrobe, wearing a black turtleneck and jeans, while carrying over his Buddhism-inspired design philosophy of simplicity into the look of Apple products.

If you want to try embracing the minimalist life, there's now an online course you can take that will help you de-clutter and live a simpler life.

The organizers think it will help you "make space for what matters to you" and to "become light" while learning to let go of things that are not important. The course also aims to help you "embrace the long lost art of lingering". Would you want to re-learn how to linger?