A new study challenges what we understand about the workings of time. 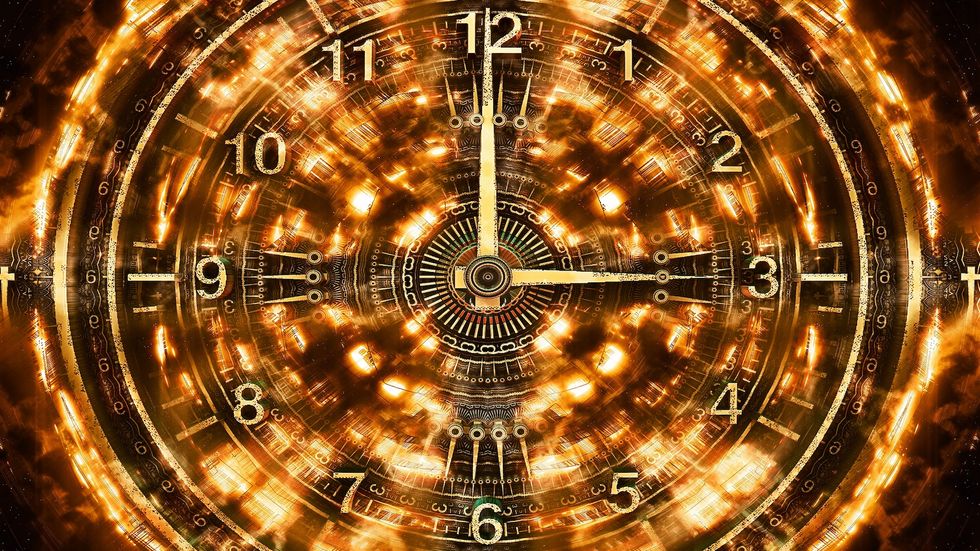 Quantum physics has spawned its share of strange ideas and hard-to-grasp concepts - from Einstein’s “spooky action at a distance” to the adventures of Shroedinger’s cat. Now a new study lends support to another mind-bender - the idea of retrocausality, which basically proposes that the future can influence the past and the effect, in essence, happens before the cause.

At this point, retrocausality does not mean that you get to send signals from the future to the past - rather that an experimenter’s measurement of a particle can influence the properties of that particle in the past, even before making their choice.

The new paper argues that retrocausality could be a part of quantum theory. The scientists expound on the more traditionally accepted concept of time symmetry and show that if that is true, then so should be retrocausality. Time symmetry says that physical processes can run forward and backwards in time while being subject to the same physical laws.

The scientists describe an experiment where time symmetry would require processes to have the same probabilities, whether they go backwards or forward in time. But that would cause a contradiction if there was no retrocausality, as it requires these processes to have different probabilities. What the paper shows is that you can’t have both concepts be true at the same time.

Eliminating time symmetry would also get rid of some other sticky problems of quantum physics, like Einstein’s discomfort with entanglement which he described as “spooky action at a distance.” He saw challenges to quantum theory in the idea that entangled or connected particles could instantly affect each other even at large distances. In fact, accepting retrocausality could allow for a reinterpretation of Bell tests that were used to show evidence of “spooky action”. Instead, the tests could be supporting retrocausailty.

The paper, published in the Proceedings of the Royal Society A, was authored by Matthew S. Leifer at Chapman University in California and Matthew F. Pusey at the Perimeter Institute for Theoretical Physics in Ontario. The scientists hope their work can lead towards a fuller understanding of quantum theory.

"The reason I think that retrocausality is worth investigating is that we now have a slew of no-go results about realist interpretations of quantum theory, including Bell's theorem, Kochen-Specker, and recent proofs of the reality of the quantum state," said Leifer to Phys.org. "These say that any interpretation that fits into the standard framework for realist interpretations must have features that I would regard as undesirable. Therefore, the only options seem to be to abandon realism or to break out of the standard realist framework.” Are we going to have time travel as a result of this? In one idea proposed by Richard Feynman, existence of retrocausality could mean that positrons, antimatter counterparts of electrons, would move backwards in time so that they could have a positive charge. If this was proven to be true, time travel could involve simply changing the direction of moving particles in the single dimension of time.

Leifer doesn’t go as far as time travel in his explanation, but speculates that if retrocausality does exist in the universe, then there could be evidence of it in the cosmological data, saying that “there are certain eras, perhaps near the big bang, in which there is not a definite arrow of causality.”

Is this idea ready for the big time? It is supported by Huw Price, a philosophy professor at the University of Cambridge who focuses on the physics of time and is a leading advocate of retrocausality. Leifer and Pusey are taking things in stride, however, realizing that much more work needs to be done.

"There is not, to my knowledge, a generally agreed upon interpretation of quantum theory that recovers the whole theory and exploits this idea. It is more of an idea for an interpretation at the moment, so I think that other physicists are rightly skeptical, and the onus is on us to flesh out the idea,” said Leifer.

There are no experiments underway by the physicists to test their theory, but they hope this work will question the assumptions of quantum mechanics and lead to new discoveries down the line.