History will remember Stephen Hawking for his many contributions to cosmology and astrophysics, but his beliefs about the future could soon prove just as important. 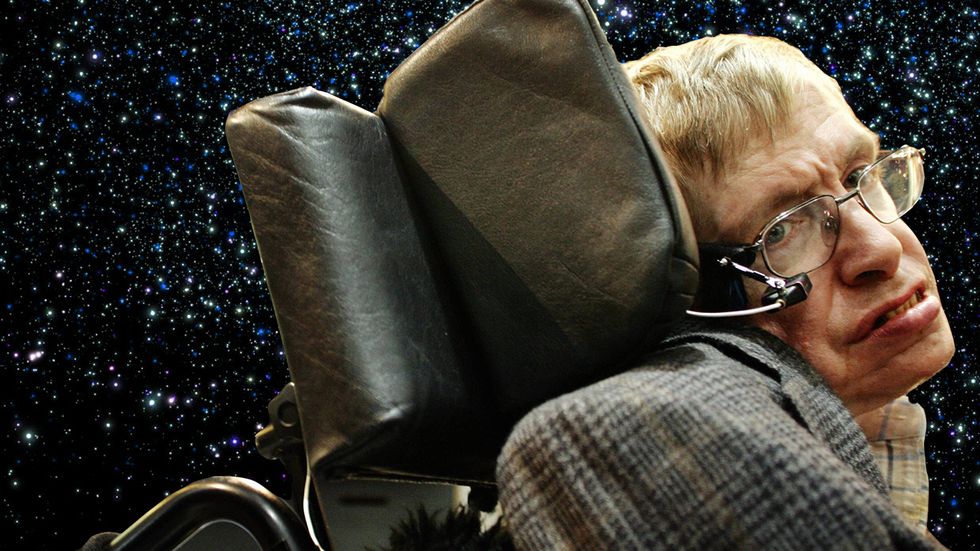 The dates of Hawking's birth and death are shared by two other intellectual giants who also dedicated their lives to studying the cosmos. Hawking was born on Jan. 8, 1942—300 years to the day after the death of Galileo, as he liked to point out. He passed away on Albert Einstein's birthday, March 14.

Hawking's work, as he put it, dealt with “the big question: Where did the universe come from?" He provided some answers in his 1988 book A Brief History of Time: From the Big Bang to Black Holes, which has sold more than 25 million copies to date.

Hawking will be remembered for numerous scientific papers and important discoveries in cosmology and astrophysics, including his work on the nature of black holes, the origin of the universe, and attempts to unite quantum theory and Einstein's relativity.

But Hawking's reach wasn't limited to academic circles. Despite suffering from amyotrophic lateral sclerosis (ALS), a disease that left him paralyzed in his twenties, the astrophysicist traveled the world, spoke at conferences, and served as a chief representative for science in popular culture, appearing in shows like The Simpsons, Star Trek: The Next Generation and Futurama, not to mention having his life story dramatized in the 2014 film The Theory of Everything.

“Not since Albert Einstein has a scientist so captured the public imagination and endeared himself to tens of millions of people around the world," Michio Kaku, a professor of theoretical physics at the City University of New York, said in an interview.

Hawking spoke with Big Think years ago about some of the greatest threats facing humanity.

“There have been a number of times in the past when [humanity's] survival has been a question of touch and go," he said. “The Cuban missile crisis in 1963 was one of these. The frequency of such occasions is likely to increase in the future."

The one great hope for humanity, according to Hawking, is to spread into space. But as the population grows and the world becomes more chaotic, it's crucial that mankind avoids destroying itself before developing the technology to reach into the stars.

Hawking believed that would take about 200 years.

Eddie Redmayne as Hawking in the film The Theory of Everything.

“I'm an optimist. If we can avoid disaster for the next two centuries, our species should be safe, as we spread into space."

This requires not falling prey to our worst tendencies.

“Our genetic code still carries the selfish and aggressive instincts that were of survival advantage in the past. It will be difficult enough to avoid disaster in the next hundred years, let alone the next thousand or million. Our only chance of long-term survival, is not to remain inward-looking on planet Earth, but to spread out into space. We have made remarkable progress in the last hundred years. But if we want to continue beyond the next hundred years, our future is in space."

The full interview is featured below. In a statement released after his death, Hawking's children, Lucy, Robert and Tim, said: “He was a great scientist and an extraordinary man whose work and legacy will live on for many years. His courage and persistence with his brilliance and humor inspired people across the world."

“He once said, 'It would not be much of a universe if it wasn't home to the people you love.' We will miss him forever."

Here's how others have paid tribute to the visionary physicist:

He lived more than half a century past his doctors' projection for ALS & humanity is the better for it. Great scientist, humanist, public intellectual, & inspiration to billions. Honored to have met him at Caltech. Stephen Hawking 1942-2018. Now he belongs to the ages. RIP pic.twitter.com/yRemQSGcvw