What Trump meant at Davos: “America first does not mean America alone.”

President Donald Trump veered away from his typical protectionist rhetoric at the World Economic Forum in his remarks on the benefits of global cooperation. 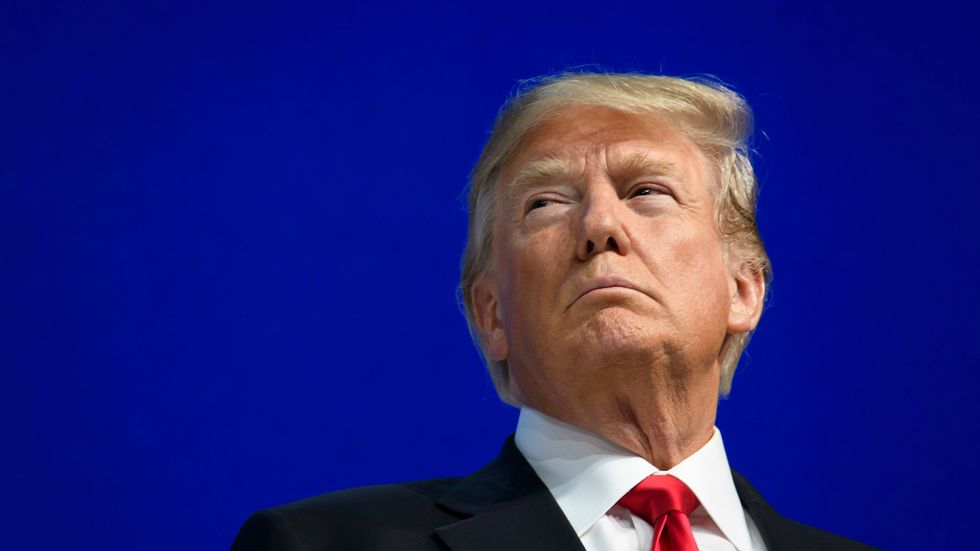 President Donald Trump walked a fine line between globalization and his trademark protectionism on Friday while addressing global political and business leaders at the World Economic Forum in Davos, Switzerland.

His main selling point: American is back in business.

“There has never been a better time to hire, to build, to invest, and to grow in the United States,” he said during his 15-minute speech. “America is open for business, and we are competitive once again.”

Elsewhere in the speech, Trump touted himself as the first true businessman president, extolled recent Republican tax cuts, said he favored free trade but warned the U.S. would no longer “turn a blind eye” toward unfair trade practices, and argued for a merit-based immigration system.

But the most notable part of Trump’s address came when he veered away from his typical hardline protectionist rhetoric, saying “America first does not mean America alone.”

“When the United States grows, so does the world,” he said.

The message more or less fit the general tone of the forum, which has traditionally hosted speakers who promote globalization, praise diversity, and decry climate change — issues with which Trump has sometimes been at odds, as the New York Times notes.

German Chancellor Angela Merkel said at the forum that “protectionism is not the proper answer.” Other world leaders echoed the sentiment.

Trump has repeatedly criticized multilateral trade agreements and argued for more isolationism in the past. In early 2017, he withdrew the U.S. from the Trans-Pacific Partnership, originally a 12-nation agreement among the U.S. and Pacific rim countries that was designed partially to temper China’s rising dominance in the region, because he thought it would encourage domestic companies to ship jobs overseas.

But in January 2018, the president said he would consider rejoining the agreement if the U.S. got a “substantially better” deal. It’s likely too late, considering the 11 remaining TPP countries have already moved forward in the agreement without the U.S.

Trump’s change of tone in Switzerland comes in the wake of slowed economic growth back home. The annualized GDP growth rate dropped to 2.6 percent in the last quarter of 2017 — up from the year before, but still below the 3 percent mark the Trump administration had repeatedly predicted.

But that could change if global business leaders believe what Trump said in Davos:

“Now is the perfect time to bring your business, your jobs and your investments to the United States.”