Study reveals surprising link in the brain between coffee and cannabis

A new study shows how increased coffee consumption interacts with the endocannabinoid system, which the body uses to process cannabinoids found in marijuana. 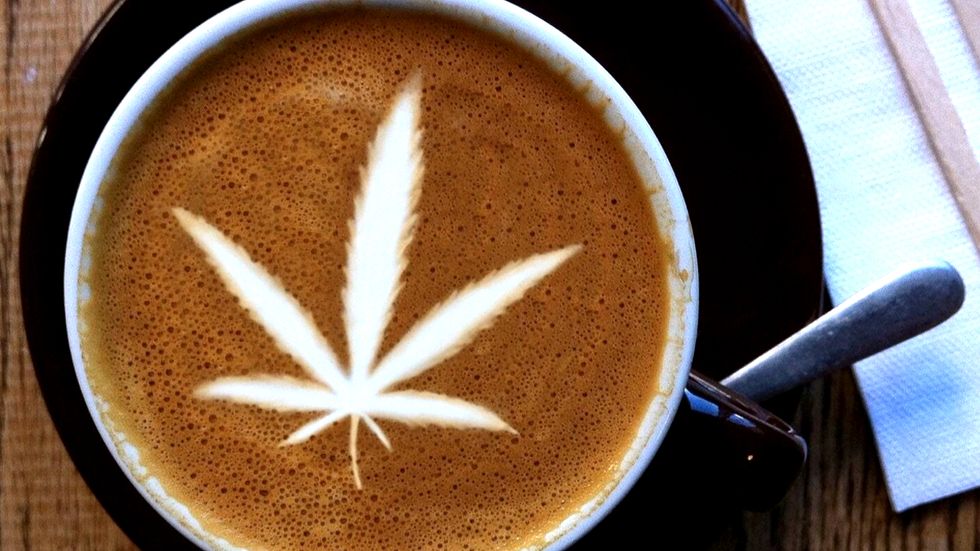 Coffee alters your metabolism in more complex and surprising ways than simply jolting you awake, according to new research.

A study from researchers at Northwestern University showed that increased coffee consumption alters more metabolites than previously thought, and decreases those from the body’s endocannabinoid system, which processes cannabinoids found in marijuana.

In a three-month study, 47 people in Finland consumed no coffee for one month, drank four cups per day during the second, and eight cups per day for the third. After each stage, the researchers used advanced profiling techniques to record more than 800 metabolites in blood samples from participants.

The results, published in the Journal of Internal Medicine, showed that coffee consumption affected 115 metabolites, some of which were already known, and some that represent new discoveries.

“These are entirely new pathways by which coffee might affect health,” said the study's lead author Marilyn Cornelis, from Northwestern University Feinberg School of Medicine, to Northwestern News. “Now we want to delve deeper and study how these changes affect the body.”

One key discovery was that increased coffee consumption – particularly eight cups per day – reduces the neurotransmitters related to the endocannabinoid system. This is the opposite of what happens when you smoke marijuana.

The endocannabinoid metabolic pathway helps the body regulate stress, Cornelis said, and endocannabinoids can disappear in the presence of chronic stress – for instance, the kind caused by drinking large amounts of coffee every day.

“The increased coffee consumption over the two-month span of the trial may have created enough stress to trigger a decrease in metabolites in this system,” she said. “It could be our bodies’ adaptation to try to get stress levels back to equilibrium.”

“The endocannabinoid pathways might impact eating behaviors,” suggested Cornelis, “the classic case being the link between cannabis use and the munchies.”

“Whether elevated blood levels of plant-derived cannabinoids (resulting from cannabis use) offset the lower levels of endocannabinoids produced by the body naturally (in response to coffee) or vice versa is unknown but one can imagine this might impact the effects of either substance/beverage,” Cornelis told ZME Science. “Coffee is a very common beverage and it’s highly possible that cannabis users are also coffee consumers.”

The study also showed that coffee consumption increases metabolites from the androsteroid system. These metabolites facilitate the elimination of steroids from the body, which could potentially prevent the development of diseases like cancer.

Both findings revealed the need for further study on the effects of coffee on metabolism, according to Cornelis.

“Seems every month we hear about a study linking coffee to some disease or condition,” Cornelis told ZME Science. “In most, if not all, cases that’s all we know. Whether its causal or just how coffee impacts the disease is often unknown. This latest research provides insight to the latter and therefore pushes the coffee research forward.”