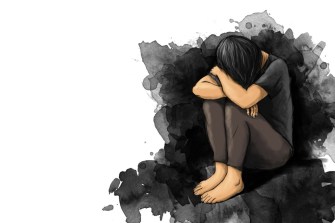 The study suggested that teenagers who have a smaller social circle showed higher rated of depression later on in life.Credit: asiandelight/Shutterstock

This study used data from the National Longitudinal Study of Adolescent to Adult Health, specifically targeting social network data. This data asks students to select up to 5 male and 5 female friends and indicate how often they felt depressive symptoms.

Female teenagers may struggle more with depression during their teen years but show fewer depressive symptoms later in life.

For female adolescents, popularity can lead to increased depression during their teen years. However, this ultimately may lead to lasting benefits of fewer depressive symptoms later in life. “Adolescence (is) a sensitive period of early life when structural facets of social relationships can have lasting mental health consequences,” Copeland wrote, adding that “compared to boys, girls face additional risks from how others view their social position in adolescence.”

Throughout this study, men showed no association between popularity and depressive symptoms, however, they did show benefits from naming more friends. As for why this is, Copeland has a theory: perhaps the expectations on young girls (compared to young boys) as well as the roles that lead to popularity can create a kind of stress and strain felt more prominently by girls than boys.

While this does create more difficult teen years for young girls, the stress and strain may lead to giving these girls a psychological skillset that benefits them later in life, allowing them to deal with stressful situations more easily.

The study also suggested that teenagers who have a smaller social circle showed higher rates of depression later on in life.

Results from both men and women followed a U-shaped trajectory of depressive symptoms.

The results showed depressive symptoms being highest in adolescence and declining in early adulthood, then climbing back up again into one’s early 30s. This was particularly more noticeable in women, who showed a steeper decline in symptoms between the ages of 18-26, followed by a more rapid increase in symptoms in their early 30s. 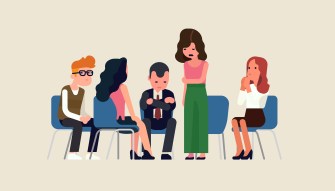 Although maintaining relationships can help you cope, it can also be one of the most difficult things to do when you’re experiencing depression.

As Dr. Jennifer L. Payne (an assistant professor/co-director of the Women’s Mood Disorders Center at Johns Hopkins Hospital in Baltimore) tells Everyday Health: “One of the common symptoms of depression is social isolation.”

Payne goes on to explain that you can “soak up some energy” by simply being around other people, moving around, and staying active.

While it may be easy to turn down last-minute plans, it’s more difficult to cancel plans you’ve already committed to with friends and family. While it’s important not to overwhelm yourself with a packed schedule, creating a minimal daily schedule that involves seeing friends and family or doing activities that you’ve previously enjoyed can ensure you stay active and often makes you feel more accomplished at the end of each day.

Support groups and social networking with people who understand.

While depression can very easily make you feel isolated and alone, surrounding yourself with others who may be struggling with depression as well can help in multiple ways. You will have peer support from people who relate to how you’re feeling plus the added benefit of being around people, which can raise your spirits.

Keeping a journal (and setting goals) can help you feel accomplished.

Keep a thought journal and detail certain daily or weekly goals (such as a plan to call a friend on Monday or to visit your local coffee shop for a change of scenery on Thursday). These small, achievable goals not only get you out of the house and/or interacting with others, but they also provide a sense of accomplishment and satisfaction once they are complete.

Random acts of kindness, such as volunteering, will make you feel good.

Being kind is good for your health in many different ways. Doing something nice for others can boost your serotonin levels. Serotonin is a neurotransmitter that is responsible for feelings of satisfaction and well-being. Similar to exercise, kindness, and altruism can also release endorphins, creating a temporary sense of euphoria that can help combat depressive symptoms.

Buddhism has rules for slaying your enemies. But the real surprise is finding out who your enemies actually are.
The Well

Carl Jung was one such person.
Up Next
Hard Science