Stoicism was founded in Athens in the 3rd century BCE by Zeno of Citium. The philosophy has experienced various resurgences throughout the centuries, most notably by thinkers that love its blend of personal responsibility and naturalistic logic. The crossover with its philosophical contemporary, Buddhism, is apparent in its eschewing of pain and pleasure to focus on what each moment brings. While eudaemonia, or happiness, is the ultimate aim, that’s more akin to the Buddhist notion of santosha, or contentment.

For more information on Stoicism’s background, you can read my article on its influence on modern cognitive behavioral therapy. Shortly after writing that piece, I read Ryan Holiday’s “The Obstacle is the Way: The Timeless Art of Turning Trials into Triumph.” Holiday convincingly applies Stoic principles to modern life. Given the struggles we’re all facing with the COVID-19 pandemic, his book seems more timely than ever.

Below are 10 Stoic quotes that force us to pause and reflect on where we are right now. That is the driving message behind this philosophy: it’s not the external conditions but your response to them that is the true mark of your character. The distance between what you desire and what you achieve is often measured by your resilience to discomfort and misfortune. The less you’re able to endure challenges, the wider the distance. The Stoics knew this, just as they knew there’s a way to close the gap.

In The Obstacle is the Way, Holiday also writes that if you sit back and wait for every opportunity to fall into your lap, you’ll never really find out what you can do. It’s a reminder that you’re going to fail way more than you’ll succeed. Yet if you’re not willing to fail, success will remain elusive.

“The impediment to action advances action. What stands in the way becomes the way.” — Marcus Aurelius

The quote that inspired Holiday’s book title, by the world’s most quoted Stoic. The Roman emperor’s “Meditations” remains an important guidebook. These two sentences sum up Stoicism better than anything: if you’re not going to use unfortunate circumstances to your advantage, you won’t know how to transform anything. You don’t run away from the roadblock. You might have to jump over it or smash it while sprinting through. Just don’t avoid it. Use it to your advantage.

“I judge you unfortunate because you have never lived through misfortune. You have passed through life without an opponent—no one can ever know what you are capable of, not even you.” — Seneca

The Roman statesman and dramatist offered many keen insights into human nature. As in theater, so in life: if you don’t suffer, you won’t develop empathy; if you’re not challenged, you will not overcome. What a terrible life to waste.

“The obstacle in the path becomes the path. Never forget, within every obstacle is an opportunity to improve our condition.” — Zen saying

“Don’t promise twice what you can do at once.” — Cato the Younger

Stop procrastinating. The only worthwhile thoughts are those that directly lead to action. Promises are only words until you fulfill them. 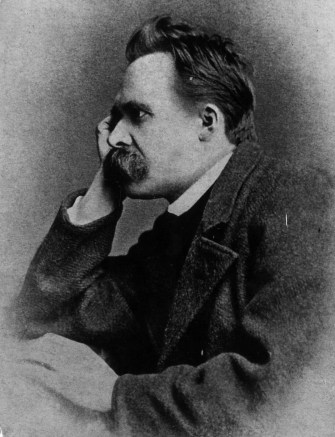 “He who has a Why to live for can bear almost any How.” — Nietzsche

Plenty of research has shown that meaning is more important than anything else. Cashing a paycheck is important. To have a reason to live is of far greater value.

“Don’t seek for everything to happen as you wish it would, but rather wish that everything happens as it actually will—then your life will flow well.” — Epictetus

This pandemic has affected every one of us. No one wished for it, yet here it is. How is your life flowing?

“Ultimately, man should not ask what the meaning of his life is, but rather he must recognize that it is he who is asked. In a word, each man is questioned by life; and he can only answer to life by answering for his own life; to life he can only respond by being responsible.” — Victor Frankl

Frankl, a Holocaust survivor, knew a few things about suffering. He recognized the difference between camp members that maintained integrity during that horrific time and those that did not. His famous hierarchy of needs states that basic requirements for survival, such as food and shelter, must first be met. After that, we can begin to self-actualize. Whether or not you accomplish that task is on your shoulders.

The Lebanese-American scholar defines a Stoic as someone who “transforms fear into prudence, pain into information, mistakes into initiation and desire into undertaking.” As the title of one of his books states, you have to have skin in the game to play the game. Those wounds are bookmarks.

“We have two ears and one mouth, so we should listen more than we say.” — Zeno of Citium

We’ll give the final word to Stoicism’s founder for advice regarding the true path to knowledge. What an adage to apply in the age of social media.

Is science for everyone, or just the morally upright?
Up Next
The Present

This AI tool measures social distancing. But is more surveillance worth the risk?

The system can even be designed to send alerts to employees when they’ve come too close to a coworker.