Lies happen all the time. Most often, they’re meant to spare feelings or to avoid conflict, though sometimes they’re delivered in malice, and meant to deceive. Still, mostly we don’t intend anything underhanded in our lies. We’re just looking to avoid uncomfortable conversations. New research by Emma Levine of the University of Chicago Booth School of Business and Taya Cohen of Carnegie Mellon University looks at the effect honesty really has on human interaction, and discovers that we shouldn’t be so afraid of it. Our negative assumptions about the cost of being truthful often overestimate its actual impact. 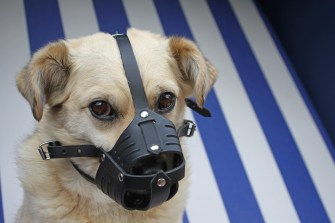 Afraid to tell the truth?

The study, called “You Can Handle the Truth: Mispredicting the Consequences of Honest Communication” involved three experiments aimed at assessing the impact of honesty and how that corresponds to our assumptions about its effect. For the purposes of the research, “honesty” is defined as “speaking in accordance with one’s own beliefs, thoughts and feelings.”

You’d think this is how we usually express ourselves, but alas, it’s not the case. “We’re often reluctant to have completely honest conversations with others,” according to Levine, speaking with ChicagoBooth. “We think offering critical feedback or opening up about our secrets will be uncomfortable for both us and the people with whom we are talking.” Instead, it turns out that not only are more open exchanges more enjoyable, the risks are often nowhere near what we assume. Most importantly, opportunities to make genuine human connections are lost when we don’t tell the truth. 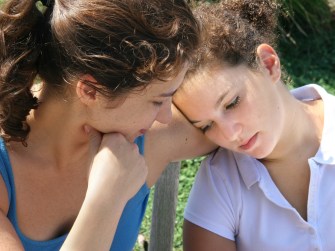 The first of the study’s experiments tasked subjects with being as “completely” honest as they could manage for a period of three days. The second involved being honest while answering personal and potentially difficult questions in a conversation with someone close. The third required subjects to deliver uncomfortably negative comments to somebody with whom they have a close relationship. After each experiment, subjects were interviewed and asked to describe the consequences of their conversations. It all turned out much better than they expected.

It’s largely those expectations that inhibit our truth-telling. Speaking to Quartz, Levine says, “As a result, people assume that honest conversations will be personally distressing and harm their relationships. In reality, honesty is much more enjoyable and less harmful for relationships than people anticipate.”

The researchers see a few possible reasons for our reluctance to give honesty more of a try, including, first off, that we don’t see other doing it that much. Another issue — and many of us have been bitten by this — is that people don’t always let us know when we’ve said something that’s given offense. We may have done damage to a relationship without even knowing it. Where this is a concern, we can always ask for feedback after saying something we can imagine might have been too truthful. Of course, you may not always get an honest answer. There’s also the chance that a person’s negative reaction doesn’t occur immediately, but rather over time as they think about what you’ve said.

What the study means

The research suggests that it’s much more likely the person you’re talking to can handle the truth more than you might believe. Of their research, Levine and Cohen write, “Taken together, these findings suggest that individuals’ avoidance of honesty may be a mistake. By avoiding honesty, individuals miss out on opportunities that they appreciate in the long-run, and that they would want to repeat.”

Learning another language might make you richer, sexier, and smarter. Why not try it?
The Present

Here’s how to design a work environment that gives control to employees and stimulates open conversation.
▸
with
Todd Rose
Up Next
The Present

The weirdest, most successful cryptocurrency projects so far

In the world of crypto, the more outlandish the idea, the more potentially disruptive.