In school, you learned that the mitochondria are the powerhouse of the cell. You learned that Columbus arrived in America in 1492, and maybe you learned that he was a terrible person while he did it. You learned that force equals mass times acceleration. But you may not have learned how to communicate or how to manage your emotions. Rather, these life skills are simply hoped to become a byproduct from learning about Gatsby and why he wasn’t all that great. Not everyone will grow up to become a biologist or an engineer, but everyone will need to know how to manage their finances. Here’s 5 life skills that we need to start teaching directly in schools.

It’s not just the secret to a happy marriage; communication skills are regularly listed among the top soft skills employers look for. What’s more, you’ll find that life becomes much easier once you’ve learned how to listen, manage conflict, and express yourself. “Many people despise conflict,” wrote Dr. Carol Morgan in an article for HuffPost:

“If someone does engage in conflict, usually it’s the ‘knock-down-drag-out-name-calling’ kind of strategy that is used. But it doesn’t have to be that way. […] A much more effective way of working through conflict is by using the collaboration strategy. In this model, both parties think of themselves as a team to come up with mutually satisfying solutions. Most people usually have an ‘me vs. you’ attitude coupled with an ‘I gotta win at all costs’ demeanor. This just doesn’t work.”

Conflict is an inevitable part of life, and learning how to communicate effectively — say, by being taught the collaboration strategy Morgan describes — is an essential method for turning conflict into something productive rather than something destructive. 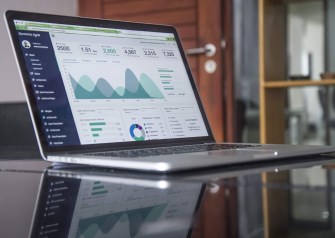 Photo by Carlos Muza on Unsplash

Every year, the Federal Reserve issues its Report on the Economic Well-Being of U.S. Households. In 2017, the last available report as of this writing, 40 percent of adults reported that they could not suffer an unexpected expense of $400 without borrowing money or selling some possessions. Speaking of debt, nearly 25 percent of Americans are behind on their student loan payments. And less than 20 percent of adults feel that their retirement account is on track, assuming they even have one.

Considering the astronomical cost of college in the U.S., it’s borderline criminal to ask students to take on decades-long loans when they haven’t been taught what kind of impact this will have on their lives. American college graduates rarely have the financial skills required to manage regular loan payments on top of paying other bills, buying groceries, and — what amounts to a fantasy for many — saving money regularly.

Studies on the effects of attending retirement seminars show that more financial education is needed, especially for the very poor. For those among the bottom 25 percent of earners, one study showed that the money they put to retirement increased by more than 70 percent after attending a retirement seminar. Admittedly, the amount they could set aside was still small, but the magnitude of the increase showed that they hadn’t accurately assessed the importance of their retirement.

If you’ve ever seen a father blow up at the referee of their child’s soccer game or watched a political debate dissolve into a contest to see who can commit the ad hominem fallacy the loudest, then you’ve seen the consequences of low emotional intelligence.

According to researcher John Mayer (nope, not the singer-songwriter), emotional intelligence is “the ability to carry out accurate reasoning about emotions and the ability to use emotions and emotional knowledge to enhance thought.” Mayer and colleagues’ research showed that higher emotional intelligence is associated with higher quality relationships, being perceived more positively by others, better academic achievement, a better sense of well-being, and a variety of other positive outcomes.

Consider how often your feelings affect your life. Clearly, emotional intelligence is a valuable skill with broad impacts on almost every domain in your life. But can it be taught? Psychologist Marc Brackett thinks so. Unfortunately, we often just assume that these skills will be acquired as a child grows up. “It’s like saying that a child doesn’t need to study English because she talks with her parents at home,” Brackett told the New York Times. “Emotional skills are the same. A teacher might say, ‘Calm down!’ — but how exactly do you calm down when you’re feeling anxious? Where do you learn the skills to manage those feelings?”

Some schools have begun to implement curricula oriented around cultivating emotional intelligence, and the results so far seem promising. Pre-schoolers who had undergone social-emotional training were less aggressive and anxious two years after the training’s conclusion. Students who had received similar training also scored higher on standardized tests, and schools that had implemented such programs saw a nearly 20 percent drop in delinquent or violent behavior. 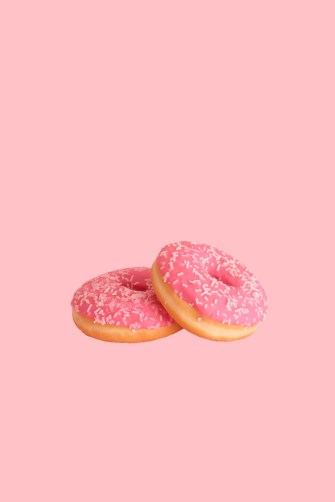 In the United States, obesity has steadily increased over the years, to the point where the CDC found that nearly 71 percent of the population could be considered obese or overweight in 2016. The leading cause of death is heart disease, which kills 610,000 people every year. But the best cure for a condition is to prevent it from occurring at all.

One could argue that understanding how to be a citizen doesn’t qualify as a life skill — however, navigating democracy, understanding how and why to vote, and knowing the tools available to a citizen to make their voices heard can have a drastic impact on one’s quality of life, especially at the local level.

Civics education is required in most states, but again, the quality and depth of these courses is lacking. The 2018 Brown Center Report on American Education found that the majority of states fail to include education on what civic participation looks like: As a result, students often remain ignorant on how citizens can engage directly with their communities. Only about a quarter of students report that they took part in debates or panel discussions, and over 70 percent of students reported that they had never been encouraged to write a letter to give an opinion or solve a problem.

Even when aspects of civics are covered in school, they are not covered well enough. A poll from the University of Pennsylvania found that Americans are distressingly ignorant of their Constitution. Thirty-seven percent could not name a single right protected by the first amendment, 33 percent couldn’t name a single branch of government, and 53 percent believed that undocumented immigrants received no rights under the Constitution (every person in the U.S. has the right to due process at the very least, regardless of citizenship). Without a solid understanding of how civics works, we can’t expect people to vote for their own interests, express political dissatisfaction, or realize when their local, state, or federal governments are acting outside of the norm.

Education too frequently focuses on preparing people for the workforce. While we will always need well-trained and knowledgeable mathematicians, engineers, teachers, and therapists, work is just one part of our lives. For a truly competent, intelligent, and healthy population, more attention needs to be paid to the skills that everyone needs on a daily basis.

Can a shared language promote peace? Some people think so.
Life

Let’s hope that squid don’t evolve lungs and legs, or humanity might be in real trouble.
Leadership

Could we use quantum communication to talk to aliens?

Quantum communication offers a surer path to sending an interstellar message, as well as receiving one. But can we do it?
Up Next
Health

Wanna lose weight? How does eating only pineapple and lamb chops sound? Maybe receiving all your sustenance through a feeding tube instead?