We live in a world filled with ghosts. Perhaps you, reader, are among them. Indeed, for many on the hunt for love nowadays, dating is more of spectral phenomenon — A “Now you see me… now you don’t” kind of thing — than it is a welcoming home.

In America, in particular, — from the sun-scorched, white sand beaches of South Florida to the misty, evergreen woods of Juneau — there are many romantic vagabonds. However, this trend so prevalent among young people wasn’t always so. Though the majority of millennials today are still unmarried by age 32, just 50 years ago, in the 1960s, the situation was flipped. About 65 percent of our generational forebears were long-hitched by the same age.

So, has marriage become less “compelling” for millennials, as Rabbi Schumley Boteach posits — or, is something stranger afoot? Something of which we haven’t yet named, but nonetheless begun to come to grips with.

Well, matrimony may, indeed, be irrelevant for some, but it hasn’t lost its allure to the distinct majority. Most people who are unmarried today — nearly 60 percent of them, actually— say they would like to, “someday,” get hitched. It may be happening later in life for them, but millions of 20- and 30-somethings are continuing to walk down the aisle, and recite — amid roses, peonies and confidants — promises of fidelity to each other.

Still, for these who do venture into it, what’s the cause of marriage’s delay today? 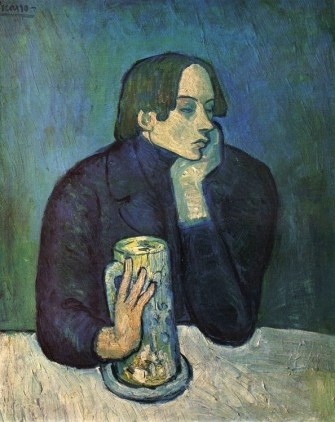 The results of recent studies suggest that it could be because many millennials are in debt, especially from school loans. The shame and stigma of “being in the red” may be acting as a sort of weedkiller to budding love. For many young people — especially those who entered adulthood during the Great Recession — being on firm financial footing is a critical step toward starting a family. [See: Being broke is no joke]

However, is lack of money the sole reason? Humans have, en masse, been entering into marriage, and other forms of “serious” relationships, strapped of cash — without 401Ks or savings accounts or stock portfolios — for literally millennia. This said, could it be that millennials’ delay in getting to love is due to more than a financial issue, as it’s popularly singled out to be?

What the expert says

According to some sex and relationship experts the phenomenon does transcend money, and is an issue heavily influenced by modern dating. Indeed, Susan Winter, one of New York’s top relationship coaches says that online dating — the culture found on several apps, at least — has wreaked havoc on the emotional health of many millennials. “I’ve noted an underlying state of depression in the number of the millennials that first come to me for counseling,” Winter says. “… ‘Getting to love’ has been especially daunting for this generation.”

A stream of romantic disappointments, Winter says, has left many millennials jaded, in such a state that, though they may find a serious partnership/marriage compelling, it simply seems out of reach to them. In a sense, many are in a romantic blue period. “The wear and tear of sexual interludes resulting in being discarded, ghosted, or breadcrumbed takes its toll,” she says. “Even those that exhibit supreme confidence in their careers suffer low self-esteem due to their erratic and unpredictable dating lives.”

When you combine “sexual interludes” with the modern rule to avoid “rules” — despite the fact we’re evolutionarily social creatures — a stream of disappointments is liable to become a river. “Millennial’s have little structure to support their dating process and protocol. Having eliminated labels and rules, many are left adrift in a confused state of hookups and ‘situationships,'” says Winter. “Therefore, getting to partnership holds a high value for them. Once the difficult task of partnership is obtained, its loss seems even more dismantling.” 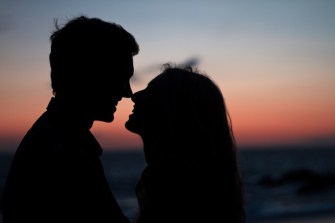 Photo by Annette Sousa on Unsplash

Despite everything, it finds a way

How “dismantling” for millennials? Going through the whole dating process, again, after someone of note was found, can seem like a burden on par with scaling Everest. “This is a generation that’s obsessed with ‘getting back with their ex,” says Winter. “The reason for this obsession is because establishing partnership is a difficult achievement that’s hard won.”

In many ways, hook-up culture has helped many young people become more sex positive — but it also has its downsides. In this case, it’s spurred confusion left and right, along with the increasingly popular riddle: What’s happened to dating? Indeed, there seems to be a link between the culture prevalent in online dating, and the widespread lack of self-esteem, and commitment, among millennials.

As Dutch researcher Elisabeth Timmermans, who last year studied how psychopaths use dating apps, commented to PsyPost,“Our findings leave me wondering whether dating apps might be a threat to romantic relationships.”

However, it’s not all melancholic news. After all, millions of young adults are, when it’s all said and over, still getting married. Despite bad experiences from “sexual interludes,” and perhaps bouts of depression from today’s dating scene in general, they’re eventually “taking the plunge.” Maybe a bit later than their forebears, but, maybe it’s a testament that there’s no one way — or season — to “get to love.” Many times it seems to just be the result of dumb luck.

Nevertheless, since this is Big Think — and we believe “luck” favors the prepared — Winter does have some dating tips to help put the odds ever in your favor in this chaotic dating scene (they’re listed below).

Tags
datingidentityrelationshipsSex
In this article
datingidentityrelationshipsSex
Related
Health
Why are people sexually attracted to cartoons? Evolution.
Nikolaas Tinbergen’s concept of “supernormal stimulus” explains why humans are attracted to a heightened version of reality.
Neuropsych
The life-long psychological effects your first love has on you
If love is an addiction, your first love is the first dose.
Surprising Science
What do Putin and Bieber have in common? A lot, if you think they look alike
A study reports that people think those with similar personality traits look alike and vice versa.
Videos
Is reality real? These neuroscientists don’t think so.
Reality is more distorted than we think.
▸
with
Big Think
Strange Maps
Famous map of a woman’s heart tells only half the story
One of the best-known allegorical depictions of love has a rather pessimistic male twin.
Up Next
Health
Is the keto diet safe for everyone? Probably not.
Just because the keto diet is an effective weight-loss tool doesn’t mean everyone should try it.