People experiment with all kinds of crazy, unhealthy diets to lose weight: eating cotton balls soaked in orange juice, intentionally ingesting tapeworms, and surviving on only grapefruit, to name a few. Some would add the keto diet to that list. As it’s gained popularity in recent years, many have questioned whether the diet really is the hyper-effective weight-loss tool its supporters claim it to be, or simply another fad diet that could lead to serious health complications.

Unlike other fad diets, the high-fat, low-carb keto diet involves putting the body into a natural metabolic state called ketosis, in which the body burns fat for fuel instead of glucose. Although this metabolic state is a generally safe way to help you lose weight, it can be very difficult to maintain. For example, eating just one carb-heavy meal can kick you out of ketosis, forcing you to restart the process. It can also lead to health complications when done improperly, or when people with certain health conditions attempt the diet.

In short, it’s not for everybody. So, who exactly shouldn’t try it? 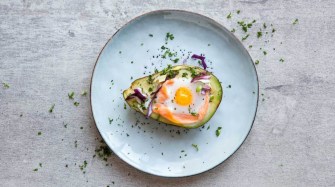 Dieting of any kind isn’t recommended for pregnant women, who are advised to eat about an extra 300 calories per day while expecting, according to the American Pregnancy Association. The keto diet doesn’t seem to be an exception: Multiplestudies on rodents have linked maternal ketosis to fetal abnormalities.

One reason the keto diet is potentially unsafe for pregnant mothers is that it can result in fewer and less diverse nutrients. Fats, after all, don’t pack as many nutrients as many other proteins and carbs.

“Nourishing your baby is the most important thing when you are pregnant,” Charles Seltzer, a nutritionist based in Philadelphia, told INSIDER. “Ketogenic diets steer you away from really nutrient dense foods like fruit, which are packed with vitamins and minerals. These are crucial for the development of a baby.”

What’s more, subjecting newborns to a limited diet could lead to serious changes in their developing bodies.

“If you’re restricting carbs while pregnant (like you would be on the keto diet), this restriction tells your baby’s developing body that carbs are not a readily available food source,” wrote registered dietician Laura Schoenfeld on her website. “So their body learns that foods high in this macronutrient won’t be as available when they’re born.

This can theoretically lead to conditions like obesity, metabolic syndrome, and insulin deficiency in the child if they end up eating a diet that has a much higher quantity of carbs than a ketogenic diet.

Unless you keep your child on a ketogenic diet for their entire lives, you may be setting your kid up for future metabolic inflexibility.”

Ultimately, there’s no solid research proving the keto diet is good or bad for pregnant women, but given the potential risks involved it’s almost surely not worth experimenting with.

Generally, medical professionals recommend that breastfeeding women avoid strict low-carb diets. One reason is because sudden weight loss can slow down — or, in some cases, stop — milk production.

“You need more carbohydrates and sugar to produce milk than most keto plans allow in the weight-loss phase,” Amber Edwards, a board-certified lactation consultant, told Romper.

Elizabeth Ward, a dietician and author of “Expect The Best: Your Guide to Healthy Eating Before, During, and After Pregnancy“, advised against the keto diet for pregnant women.

“I can’t endorse such an extreme eating plan for breastfeeding women,” said told Parents.com, noting that the diet tends to limit fruit and healthy grains. “Inadequate intake of starchy foods, such as whole grains, potatoes, and beans, is bad news for gut health because beneficial bacteria feed on the fiber in those foods.”

Still, women who want to cut carbs are probably fine sticking to the maintenance phase of the diet, which calls for eating relatively more carbs than earlier phases. Of course, it’s always best to check in with your doctor before making big changes to your diet – especially if pregnant or breastfeeding.

“… in the maintenance phase, you’re allowed significantly more carbs and fruit, which means that you can continue to produce an adequate supply of milk,” Edwards told Romper.

It’s probably not a good idea for kids to go on the keto diet unless they’re extremely obese or suffer from epilepsy (low-carb diets, by the way, are known to help reduce seizures in epileptics). The main reason is that the dietary needs of kids are different than those of adults.

“Many sources of carbohydrates like whole grains, fruits and dairy have essential vitamins and minerals for growing kids,” wrote Jessica McGee, the Food and Nutrition Services Clinical Nutrition Manager at Children’s National Health System. “Even adolescents require higher amounts of certain nutrients and should continue to eat a well-rounded diet with a variety of foods into adulthood.”

“Feel free to limit (or eat in moderation) carbohydrates like candy, baked goods and sugar-sweetened beverages as these have little nutritional value and can have a detrimental impact on health. Incorporating a balance of healthy carbohydrates, fats and lean protein sources in your kids’ diets is encouraged.”

People at risk for heart disease

The keto diet has been called both potentially helpful and harmful in terms of cardiovascular health. For instance, a 2013 review found that low-carb diets were associated with higher rates of cardiovascular disease and mortality rates. However, not all of these diets were necessarily ketogenic, and it’s possible that these risks arise when people on low-carb diets turn to unhealthy foods.

However, other research suggests a well-implemented keto diet improves cardiovascular health in all measures except low-density lipoprotein cholesterol – the “bad” cholesterol – which the diet seems to increase.

But when it comes to cardiovascular health, perhaps the biggest risk of the keto diet is “yo-yo dieting” – or, losing a bunch of weight and gaining it back over a short timeframe. This stresses your heart and can increase the risk of heart attack, stroke and death.

“People go on keto and in the short term lose a lot of weight, but it’s not sustainable,” Suzanne Steinbaum, the director of women’s heart health prevention and wellness at Mount Sinai Hospital in New York City, told Everyday Health. “So when they go off it, they gain the weight back — and maybe even more.”

“Ultimately what you’re doing [with yo-yo dieting] is setting yourself up for developing metabolic syndrome.”

Research shows how temperature can be used to manipulate circadian rhythms.
Neuropsych

The “Mind After Midnight” hypothesis aims to explain why night owls tend to suffer more negative health outcomes.
Up Next
The Present

After docking at the International Space Station, the unmanned capsule executed a fiery and carefully choreographed return to Earth.