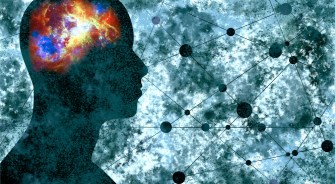 Anxiety directly impacts the amygdala and hippocampus areas of your brain.

Image by GrAl on Shutterstock

Your brain on anxiety

Oftentimes “stress” and “anxiety” are used interchangeably, but it’s important to note they are two very distinct functions and feelings. Stress is caused by a known source, for example, like when your car breaks down. It can trigger feelings of anger, sadness, or irritability.

Anxiety on the other hand is a feeling of fear, panic, or dread that could very well not have a known trigger. For example, you get in your car on the way to an important meeting and feel on-edge the entire drive. You think you may get into an accident or that your car will break down, when there is no apparent reason why you should be worrying about those things.

Where the confusion happens is that stress oftentimes can trigger anxiety — someone whose body experiences consistent surges of stress hormones is at higher risk of developing an anxiety disorder.

What happens in the brain when you’re anxious?

The amygdala: an almond-shaped structure located deep in the brain. It is essentially a “communications hub” between the parts of the brain that process incoming sensory signals and the parts that interpret those signals.

The hippocampus: the part of the brain that encodes threatening events into long-term memories.

Once there is a threat or a perceived threat, your brain releases a surge of chemicals such as cortisol and norepinephrine that give you a natural boost in reflex time, perception and speed. This hormone surge also makes your heart beat faster in order to get more blood and oxygen throughout your body. This is described as “survival mode.”

According to Neuroscience Center, this survival mode can be helpful (and is often vital to our survival) but if your body experiences it over and over again, the effects of that chronic stress can take a toll on your physical and mental health: a weakened immune system, weight gain, heart disease, and anxiety disorders, to name a few.

New research (such as the study mentioned above) is finding possible connections between chronic stress and anxiety and structural degeneration of the hippocampus, which leads to impaired functioning of the prefrontal cortex.

The best way to avoid this deterioration is to protect your brain and body from the effects of chronic stress that induces anxiety.

Experiencing the shifts from relatively calm to high-anxiety can be extremely difficult, but in trying to avoid that shift, many people stop themselves from being able to relax at all.

The results of a 2019 Penn State University study explain the negative impact of “relaxation-induced anxiety,” a phenomenon that occurs when people become more anxious during various relaxation exercises.

Data from this study shows people with a generalized anxiety disorder were more likely to be sensitive to sharp spikes in emotion. This kind of sensitivity ultimately made them feel anxious during relaxation sessions.

People who struggled with major depressive disorder showed similar results but the effect wasn’t as strong, and people without a diagnosis did not show these results. 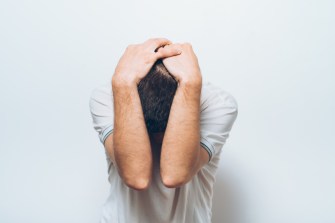 MBIs (mindfulness-based interventions) can be used in combination to combat anxiety.

Photo by file404 on Shutterstock

How to manage anxiety without resisting relaxation

Being aware of your anxiety is step one.

According to therapist Roger S. Gil, many people have lived in an anxious state for so long that they aren’t aware of any other state of being anymore.

“For some people, anxiety is situational. It’s normal to feel nervous at the prospect of having to speak in public.”
He goes on to explain: “Situational anxiety is one of those things we can only overcome by confronting it. Generalized anxiety is something that can only be coped with by trying to rewrite the pattern of thinking that elicits it.”

Regardless of what form your anxiety takes on, there will be ways to cope with it if you understand what effect anxiety is having on you.

According to new research, participants who tailored various self-help practices to suit their individual circumstances and anxieties found them much more beneficial after as little as 5 minutes per day.

Some examples of MBIs include things such as yoga, meditation, progressive muscle relaxation, and guided imagery practices. all of which are more powerful when used in combination with breathing exercises.

Experts explain that in order for these mindfulness techniques to be most beneficial to you, they should be practiced at least once per day.

Hoarders know their habits are abnormal, and yet they cannot help themselves. Maybe you can help them.
Up Next
The Present

Aspects of cybersecurity not to overlook when working from home

Just because your team has gone remote doesn’t mean you need to be vulnerable to hacks, breaches, and scams.