If you are reading this, you are one of humanity’s lucky few. You and your cohorts will live longer than any previous generation. Ever.

Estimates of pre-modern peoples put the average life expectancy at roughly 30. That’s for all peoples the world over. That average began to rise steadily by the Age of the Enlightenment, and since 1900, the global average has soared to more than 70 years.

Today, the country with the lowest life expectancy, the Central African Republic, has nearly doubled pre-modern standards. Meanwhile, developed countries such as Japan, Spain, and Canada have pushed their averages into the 80s.

On its own, this is an incredible achievement for humanity, and science and technology may continue this uplifting trend to help us live even longer. In an interview with Big Think, Dave Asprey, founder of Bulletproof, said he believes he’ll live to at least a 180 years old. (Just look both ways when crossing the street, Mr. Asprey.)

But Mr. Asprey is an independently wealthy entrepreneur, who claims to have spent north of a $1 million biohacking his health. Can the rest of us afford to be so enduring? 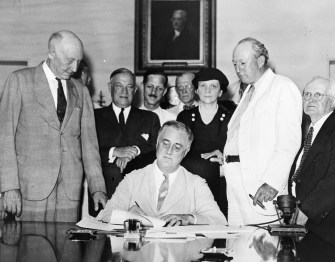 Retirement: an idea whose time has come

Retirement is a modern idea. To our ancestors, the thought that you could spend your twilight years enjoying hobbies, travel, and Country Kitchen buffets was untenable. Unless you belonged to society’s upper echelon, you worked, you grew sick, and then you died with precious few moments of leisure between.

There were a few exceptions, such as pensions for soldiers, but it wasn’t until the late 19th century that change began on a large scale.

The problem is that our mentality surrounding retirement planning hasn’t kept pace with our hard-won longevity. It remains based on calculations and assumptions we formed when people died younger. Retirements newly protracted costs mean many of us may not be able to pay. At least not comfortably.

The higher costs of longer living

According to the U.S. Social Security Administration (SSA), an American man reaching 65 today can expect to live until he is 84, women until 86.5. But the SSA points out that these are averages. One out of every three 65-year-olds will live past 90, while one in seven will surpass 95.

So, Americans who retire on their 67th birthdays, maintain their health, and remember to look both ways when crossing the street have decent odds to live about a third of their lives in retirement. Again, our ancestors couldn’t even imagine such recompense.

Dan Yu, the managing principal at Hillcrest Wealth Advisors, told AARP that many factors go into determining an acceptable nest egg, such as health, where you live, and your desired retirement lifestyle. However, conventional wisdom is to save 10 to 12 times your current income.

“Folks are living a lot longer,” Yu said in the interview, “and that makes retirement planning more challenging than ever.”

But mercurial interest rates and bloating inflation aren’t a retiree’s only concerns. High administrative and management fees devour 401(k) earnings. Most of the benefits flow to the top fifth of earners, leaving households in the bottom half to salvage for the 4 percent of scraps that fall their way.

And some lack even scraps. According to a 2018 report by the National Institute on Retirement Security (NIRS), more than 100 million working-age Americans don’t own any retirement account assets and the median retirement account balance for all working Americans is zero. If we include Americans who do have saving assets, a staggering 77 percent fall short of “conservative” saving targets. (Though, some commentators believe the NIRS’s saving targets are more excessive than moderate.)

Preparing for your (hopefully) long life

None of this is to say we can’t afford retirement or that we need to return to an era where working life immediately precedes the grave. But we will have to begin rethinking how we approach and enjoy retirement.

Be prepared to retire later. People working today should plan to shift their retirement past their 60s and into their 70s. The longer you work, the more money you can earn without dipping into your retirement assets. A report from the Stanford Center on Longevity and the Society of Actuaries analyzed different income plans. It found that a couple who waited until 70 to retire would earn nearly twice the annual income than if they completely retired at 62.

“Most older workers will fall short of commonly recommended retirement income targets, unless they can work in some manner into their late 60s or 70s,” the researchers write. “Otherwise, they might need to learn how to live on reduced spendable income compared to their working years.”

The earlier one starts investing, the greater their accumulated total will be. (The above example is from JP Morgan Asset Management; you can find a handy graph illustrating the difference here.)

Plan for more life than you think. Dan Yu advises saving 100 percent of preretirement income for at least the first 10 years. While some may recommend 70–80 percent, Yu points out that spending doesn’t slow down in early retirement as people tend to enjoy niceties such as travel.

Live a healthy life.Health care starts long before you reach the hospital, and that’s especially true for your golden years. Staying healthy reduces your risk of expensive illnesses, such as coronary heart disease, and injuries, such as fractured bones from falls. And the longer you can live independently, the less money you’ll need to pay out for assisted-living care.

True, healthy people who live into their 90s will, in the long run, pay more in medical expenses than sick people who die in their 70s. But as the adage goes, you get what you pay for.

Consider an HSA. Speaking of health, a health saving account (HSA) allows you to set aside pre-tax money to pay for qualify medical expenses later. These funds can be used to pay for deductibles, copayments, coinsurance, and other expenses. Funds roll over year after year, and you may earn interest.

“Most financial advisers stand to make nothing on an HAS,” Jeff Vollmer, managing partner at Hyde Park Wealth Management, told Time, “so it’s generally not something that goes into their financial-plan recommendations.”

Keep up-to-date on technology. Your retirement savings will take a major hit if you can no longer live independently. But big tech’s move into health care may provide ways to assist retirees in living more independent and more comfortably for longer. Telemedicine, for example, could help retirees by offering remote-patient monitoring tools and allowing them to communicate with medical practitioners more easily.

It may go without saying, but let’s say it anyway: These are just a few things to consider when planning your retirement, not a roadmap to affording the retirement of your dreams. To determine what approach works best for you, do your research and seek the advice of a financial advisor whom you trust.

We all won’t live to be 90, let alone 180. But if we plan properly, we can at least enjoy this gift — this longevity boon — of the modern age.

Tags
financegoal-settinghappinesshealthinvestmentlifemoneysecuritywork-life balance
In this article
financegoal-settinghappinesshealthinvestmentlifemoneysecuritywork-life balance
Related
Which “money personality” are you?
Financial experts explain 4 types of money behavior.
▸
6 min
—
with
Lindsay Bryan-Podvin
3 steps to cure your money anxiety
We’re afraid to talk about money–and that costs us.
▸
7 min
—
with
Kathleen Burns Kingsbury
Mind & Brain
Antifragility: How to use suffering to get stronger
What doesn’t kill you makes you stronger. That old adage roughly sums up the idea of antifragility, a term coined by the statistician and writer Nassim Taleb. The term refers […]
13.8
Information is the frontier for the study of life
Life is the only physical system that actively uses information.
The bizarre history of exercise explained in 8 minutes
Harvard professor Daniel Lieberman debunks the ‘10,000 steps per day’ myth.
▸
8 min
—
with
Daniel Lieberman
Up Next
Neuropsych
Psilocybin ‘markedly’ boosts feelings of self-transcendence during meditation
The more research conducted on psychedelics, the closer we get to new therapeutic models.