In today’s society, it seems that we are in a never-ending war with drugs.

Digging deeper into the psychology of addiction will tell you a story that looks like this: the chemicals in drugs (and our body’s reaction to them) cause people to crave them, become dependent on them. Their bodies and minds change and adapt to create a demand for the drug of choice.

‘It’s a lifelong journey’ most people who struggle with addiction will say. A life-long journey of awareness, of choices to do the right thing, of willpower, and of acknowledging this weakness in themselves. There is nothing inherently wrong with this explanation, except that it does not show you the most important parts of the recovery process. 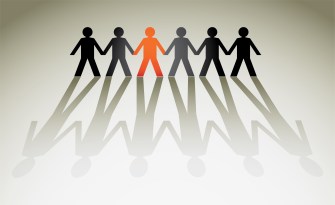 Again and again, we have seen the evidence that supports the “opposite of addiction” theory is relevant not just for recovering addicts but also for people who struggle with mental health conditions as well.

Image by i3alda on Shutterstock

What is the “opposite of addiction is community” theory?

The opposite of addiction is not sobriety, it is community. This idea was brought forth first by author Johann Hari using the Rat Park experiment. Past studies of rats have given us a deeper understanding of addiction. Given a choice between water laced with cocaine or pure water, the experiments showed that isolated rats will often choose the drug, once they discover it. When they do, this quickly becomes a habit and they eventually ingest enough of the drug that they die.

Similar experiments were done in the 1940s. However, in the 1970s, psychology professor Bruce Alexander made one major change: the rats were placed in the same cages instead of separate ones. When housed together, many of the rats tried the drug-infused water, but none of them became heavy users. They often switched back to the clean water, and there were no drug overdoses. Alexander later conducted additional studies where he placed addicted solitary rats into cages with other rats (as well as stimulation in the form of toys). The change of environment and social settings resulted in the rats no longer relying on the drug-laced water.

These experiments point to a strong need for human connection that helps us thrive. The most important things needed for the long-term recovery of addiction are empathy, compassion, and connection.

There is an abundance of proof that community and connection drive recovery in many different ways. According to this 1993 study, a spouse/significant other’s involvement in behavioral marital therapy “significantly improved” outcomes for recovering alcoholics. A more recent study from 2008 suggested that people who struggle with addiction have a better prospect of successful long-term recovery if they participate in peer-support groups such as Alcoholics Anonymous.

Again and again, we have seen the evidence that supports the “opposite of addiction” theory is relevant not just for recovering addicts, but also for people who struggle with mental health conditions as well.

“At the core of every addiction is an emptiness based in abject fear,” Dr. Gabe Maté says in his book “In the Realm of Hungry Ghosts.” “The addict dreads and abhors the present moment, they bend feverishly only toward the next time, the moment when the brain, infused with the drug of choice, will briefly experience itself as liberated…”

Both Alexander and Maté were explaining the idea that addiction, while a deeply personal struggle, may require more than a personal recovery process. Addiction itself can be isolating and empty – it only makes sense that the recovery process not only addresses the physical addiction but the emotional emptiness problem, as well.

“Addiction is an adaptation. It’s not you – it’s your cage.” – Bruce Alexander 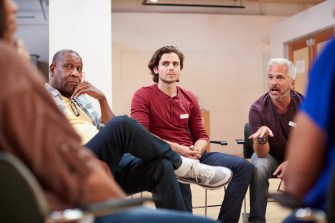 Not only is community beneficial for addiction recovery but it can also help aid the maintain recovery of mental health conditions such as depression and anxiety.

A fascinating 2001 research experiment analyzed the results of 48 separate studies on group therapy. The purpose of this data collection was to determine whether or not group therapy was more or less effective than individual therapy or no therapy at all.

The information about these studies breaks down like this:

The results of this experiment strongly prove that group therapy is effective and beneficial.

The benefits of group therapy have been speculated for years (you can find another example here), but the results of this massive experiment further prove the theory that community aids in the recovery of not just mood disorders but for other problems of the human condition such as addiction.

Tags
addictionbraincollaborationcommunitydepressionemotionsfearhealthmental healthmotivationpsychologyrelationships
In this article
addictionbraincollaborationcommunitydepressionemotionsfearhealthmental healthmotivationpsychologyrelationships
Related
Health
What happens when regular porn watchers abstain for a week?
Researchers watched for signs of withdrawal — but didn’t find any.
Thinking
Why you should laugh at yourself, according to Seneca and Nietzsche
“It is more human to laugh at life than to lament it.”
Sponsored
4 misleading personal finance tips
Personal finance advice is often over-simplified and fails to consider economic research or people’s unique circumstances.
Thinking
Bonhoeffer’s “theory of stupidity”: We have more to fear from stupid people than evil ones
Evil is easy to identify and fight against; not so with stupidity.
Health
What decades of research tells us about living the good life
Warm relationships protect your mind and body from the slings and arrows of life.
Up Next
Health
Are we psychologically prepared for the coronavirus outbreak?
From travel restrictions to forced isolation, the new coronavirus brings psychological threats, too.