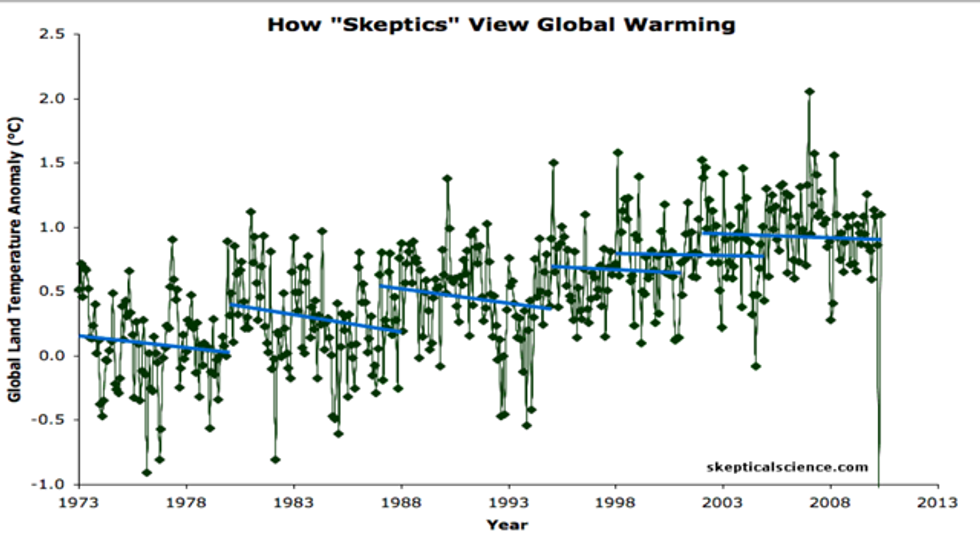 An article published in The Telegraph over a month ago remains on The Telegraph website with a headline that is so spectacularly incorrect that the BBC has reported that the article may set “a new record for the most inaccurate headline ever”. According to The Telegraph headline there are "just 100 cod left in the North Sea". Our first clue that this may be a case of wilful exaggeration lies in the subheading, which notes that The Telegraph are in fact attempting to report the number of adult cod, but as Tom Webb over at the SciLogs blog first pointed out this estimate is still "out by a cool factor of 210,000". The Telegraph now admits (in a post script unapologetically added at the end of the article) that there are in fact over 21 million adult cod in the North Sea. It seems however; this fact is not significant enough to make The Telegraph change their headline - this in spite of the BBC reporting that a correct headline would have been “Just 436,900,000 cod left in the North Sea”, only about half a billion off from The Telegraph’s original estimate. The Sunday Times, The Atlantic Wire and of course the Daily Mail all also parroted the Telegraph’s claim, fine evidence that articles such as this, that are left to fester online result in the ongoing perpetuation of misinformation.

A similar whopper on the other end of the spectrum was recently told by The Daily Mail who led with the headline “Global warming stopped 16 years ago, reveals Met Office report quietly released...”.  The Daily Mail article was picked up and trumpeted in the US by Fox News. The article was quickly denounced by the Met Office and debunked by climate scientists, a task which has become something of a routine for scientists in this field. As I draft this article a full four days later the uncorrected Daily Mail article is still trending on Google’s science news tracker. It appears The Daily Mail’s misguided coverage, posted on Mail Online (the most read news website on the internet) is getting far more coverage than the actual facts.

In both cases the articles appear to be an attempt to misinform for the purpose of furthering an agenda. This is a problem in a wide range of areas, for example a recent study observed the alarmingly widespread tendency for newspapers to misreport neuroscience research for the purpose of furthering ideological agendas (O’Connor et al, 2012).  I would like to propose that exaggeration of facts severely hurts the argument that the protagonists are trying to make. It doesn’t take a genius to figure out that overfishing is a bad thing, yet it is easy to imagine how someone might be tempted to reconsider their position if they thought they were being lied to. The drug war is a perfect example of this effect; we all know drugs have the potential to be dangerous but the facts become devalued when trusted sources overstate their case.

Unfortunately a situation seems to have prevailed in which young people learn to disregard claims about drugs from figures in authority. Suggesting that ecstasy is hundreds of times more dangerous than it really is or that cod is 210,000 times more overfished than it is utterly undermines the arguments one is trying to make. This effect could explain why drug prevention programs such as DARE have been found in many cases to result in an increased level of drug use (Lilienfeld, 2007, Werch and Owen, 2002).

I’d like to propose that this phenomenon known as Reactance Theory (or the Boomerang Effect) is also applicable to the factually challenged waterfall of hypocrisy that emanates from outlets such as The Daily Mail. Authoritarians confronting people with hyperbolic arguments containing made-up facts are shooting themselves in the foot with a metaphorical blunderbuss.

I should also note that a more cynical approach to this problem might be that the authors of these articles know full well that what is being printed is untrue and are simply vying for web hits. This is a phenomenon (that I have written about before) known as “above the line trolling”. Regardless of the motivation behind such nonsense reporting, misinformation continues to be a very real problem and it is precisely this type of coverage that I aim to demolish with this blog.

Neurobonkers is a blog focusing on issues of the mind, scientific controversies and journalistic misrepresentation of science. This post is the first in a series at the Big Think, the new home of the Neurobonkers blog.