How to Use the Feynman Technique to Identify Pseudoscience

Richard Feynman's method for understanding science can also be used for detecting pseudoscience. 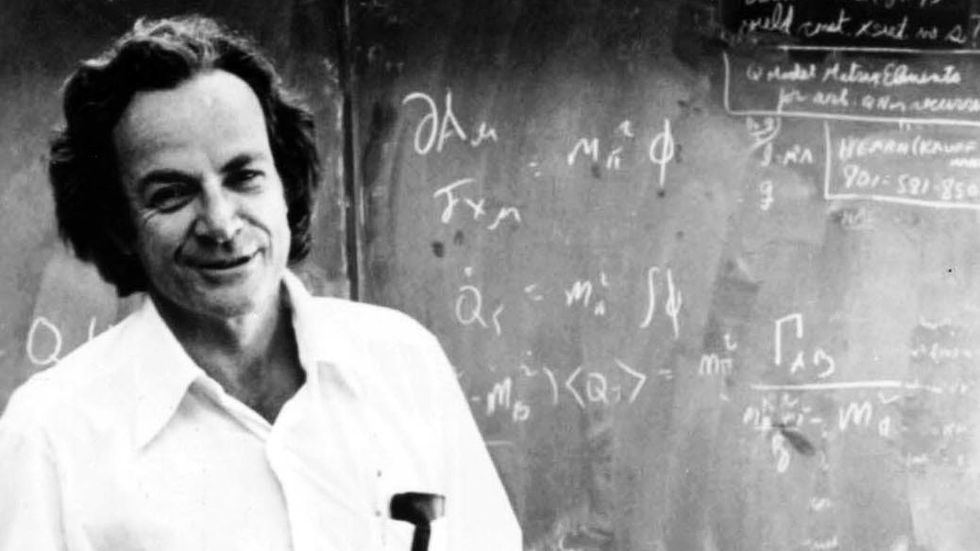 In late 2015, a study made headlines worldwide by bluntly demonstrating the human capacity to be misled by “pseudo-profound bullshit” from the likes of Deepak Chopra, infamous for making profound sounding yet entirely meaningless statements by abusing scientific language.

This is all well and good, but how are we supposed to know that we are being misled when we read a quote about quantum theory from someone like Chopra, if we don’t know the first thing about quantum mechanics?

In a lecture given by Richard Feynman in 1966, the influential theoretical physicist told a story about the difference between knowing the name for something and truly understanding it:

“This boy said to me, 'See that bird standing on the stump there? What's the name of it?' I said, 'I haven't got the slightest idea.' He said, 'It’s a brown-throated thrush. Your father doesn't teach you much about science.'

I smiled to myself, because my father had already taught me that [the name] doesn't tell me anything about the bird. He taught me 'See that bird? It's a brown-throated thrush, but in Germany it's called a halsenflugel, and in Chinese they call it a chung ling and even if you know all those names for it, you still know nothing about the bird — you only know something about people; what they call that bird. Now that thrush sings, and teaches its young to fly, and flies so many miles away during the summer across the country, and nobody knows how it finds its way,' and so forth. There is a difference between the name of the thing and what goes on.

The result of this is that I cannot remember anybody's name, and when people discuss physics with me they often are exasperated when they say, 'the Fitz-Cronin effect,' and I ask, 'What is the effect?' and I can't remember the name."

I thought at first they were getting ready to tell what science was going to be about — physics, biology, chemistry — but that wasn't it. The answer was in the teacher's edition of the book: The answer I was trying to learn is that 'energy makes it move.'

Look at it this way: That’s only the definition of energy; it should be reversed. We might say when something can move that it has energy in it, but not what makes it move is energy. This is a very subtle difference. It's the same with this inertia proposition.

Perhaps I can make the difference a little clearer this way: If you ask a child what makes the toy dog move, you should think about what an ordinary human being would answer. The answer is that you wound up the spring; it tries to unwind and pushes the gear around.

What a good way to begin a science course! Take apart the toy; see how it works. See the cleverness of the gears; see the ratchets. Learn something about the toy, the way the toy is put together, the ingenuity of people devising the ratchets and other things. That's good. The question is fine. The answer is a little unfortunate, because what they were trying to do is teach a definition of what is energy. But nothing whatever is learned.

Suppose a student would say, 'I don't think energy makes it move.' Where does the discussion go from there?

I finally figured out a way to test whether you have taught an idea or you have only taught a definition. Test it this way: You say, 'Without using the new word which you have just learned, try to rephrase what you have just learned in your own language. Without using the word "energy," tell me what you know now about the dog's motion.' You cannot. So you learned nothing about science. That may be all right. You may not want to learn something about science right away. You have to learn definitions. But for the very first lesson, is that not possibly destructive?

I think for lesson number one, to learn a mystic formula for answering questions is very bad. The book has some others: 'gravity makes it fall;' 'the soles of your shoes wear out because of friction.' Shoe leather wears out because it rubs against the sidewalk and the little notches and bumps on the sidewalk grab pieces and pull them off. To simply say it is because of friction, is sad, because it's not science.”

Feynman’s parable about the meaning of science is a valuable way of testing ourselves on whether we have really learned something, or whether we just think we have learned something, but it is equally useful for testing the claims of others. If someone cannot explain something in plain English, then we should question whether they really do themselves understand what they profess. If the person in question is communicating ostensibly to a non-specialist audience using specialist terms out of context, the first question on our lips should be: "Why?" In the words of Feyman, “It is possible to follow form and call it science, but that is pseudoscience.”