We all make small mistakes, but sometimes journalists report the complete and utter opposite of what a study really found. 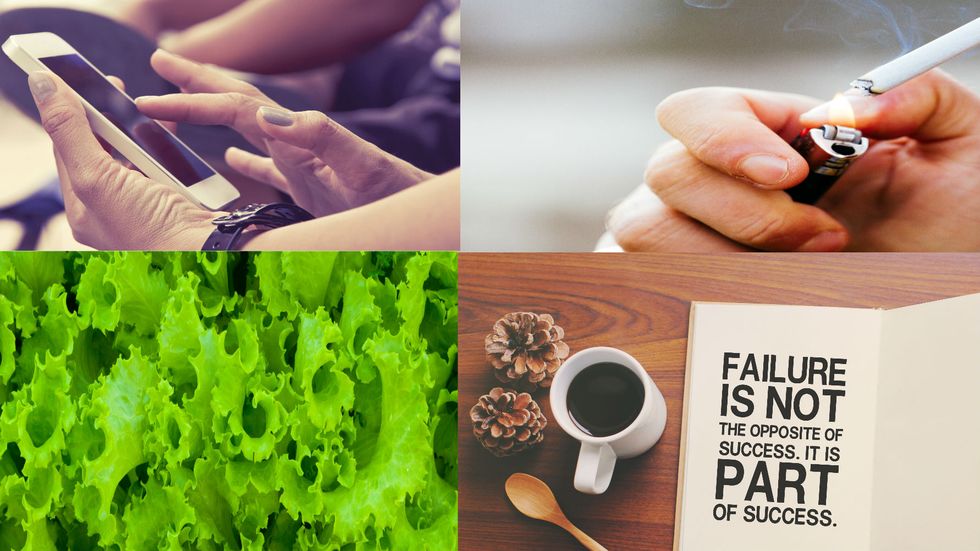 Journalists sometimes make little mistakes when covering matters of science, and that’s understandable. Clearing up those mistakes was one of the primary motivations for starting this blog. But sometimes the mistakes aren’t little; sometimes journalists will literally report the complete and utter opposite of what a study actually found, and it’s those huge blunders that we’ll look at today.

1. “Vegetarian and 'healthy' diets may actually be worse for the environment, study finds”

Earlier this month a study led to headlines around the world falsely claiming that a vegetarian diet is worse for the environment than eating meat. This is categorically incorrect in the extreme as a quick glance at the carbon footprint of various foods makes very clear:

The study in fact did not compare vegetarian diets to the diets of meat eaters; rather it looked at various different versions of omnivorous diets. The factoid that so many journalists were hooked by was the observation that calorie for calorie, lettuce can have a larger environmental impact than bacon. This is an absurdly misleading claim, firstly due to the obvious fact that people don’t eat lettuce for the calories, making calories a ridiculous measure to use to compare lettuce and bacon. You’d have to eat an entire wheelbarrow load of lettuce in order to gain the calories of a packet of bacon. You might as well publish a nutritional analysis comparing the health benefits of doughnuts and smarties.

Furthermore, the environmental consequences of transporting and storing lettuce are obviously going to differ enormously depending on where the lettuce is grown. A leaf of lettuce grown on the cabbage patch down the road where there isn't high demand for groundwater isn’t going to result in the same amount of environmental damage as lettuce that has been flown halfway around the world from a place where water may be at a premium. The same can’t be said for livestock that consume resources on an order of magnitude above those required to produce the bulk of a vegetarian diet, before it even leaves the farm gate.

This headline appeared around the world earlier this month, but this isn’t what the study found at all; indeed the real findings were far more interesting. In reality the study had nothing to do with Facebook; the study looked at how “profound,” people rated ostensibly mundane quotes that were constructed of randomly mixed scientific buzzwords. For example: “Hidden meaning transforms unparalleled abstract beauty.” On average, people reported these quotes somewhere between “somewhat profound” and “fairly profound.” Roughly 27 percent of the participants gave the statements an average score above fairly profound — i.e., they judged the statements either “definitely profound” or “very profound."

In a follow-up experiment the researchers did indeed look at genuine inspirational quotes, for example: “A river cuts through a rock, not because of its power but its persistence.” But crucially, the researchers were only looking at people’s responses to these to compare them to their responses to the pseudo-profound quotes. The researchers subtracted the "profundity ratings" from the pseudo-profound quotes from the ratings participants gave for the legitimate quotes, finding that those with a higher level of analytic abilities were more able to spot the difference — a fact that is hardly surprising, and not nearly as interesting as the finding that most people are willing to believe that meaningless bunches of big scientific-sounding words are about as profound as genuine inspirational quotes with clear, metaphorical meanings.

3. “Study Proves Only Jerks End Their Texts With a Period”

Except that’s not what the study found. The researchers in fact looked at how people were perceived by others if they ended their texts with a period, and found that people ending texts with a period were perceived to be less sincere, by other people. This is a very common mistake in psychology journalism, a good one to watch out for when a psychological study is being summarized!

Reported the (now deleted) headline of the Sunday Telegraph, straight out of the PR machine of British American Tobacco. The Sunday Telegraph even went as far as writing that passive smoking “could even have a protective effect” after failing to understand the meaning of a confidence interval. In reality, the study found the complete opposite — a 16 to 17 percent increase in lung cancers due to passive smoking.