Why NASA Has Been Shipping Bacteria to the ISS

The International Space Station (ISS) has been playing host to many different kinds of microbes as part of a larger study to figure out how bacteria reacts to a microgravity environment and cosmic radiation. 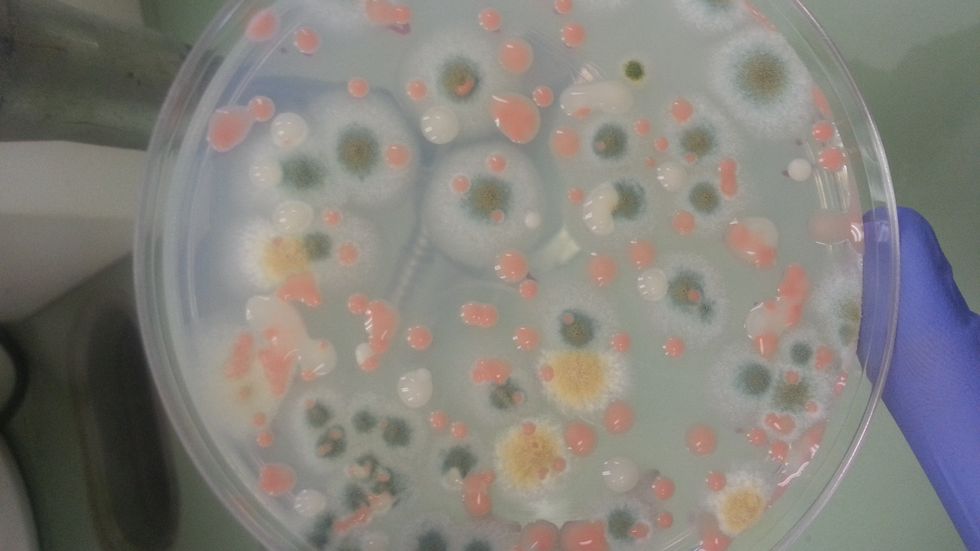 The International Space Station (ISS) plays host to many different kinds of experiments, which helps NASA researchers understand how future astronauts might live in deep space. But one year-long experiment has been looking at how bacteria survives in a microgravity environment and react to cosmic radiation. The results so far have been quite interesting.

Researchers at the ISS are swabbing the desk of the space station to see what kind of microbes are present in their enclosed environment. It's all part of the Microbial Tracking-1 study. The goal: to see how these microscopic stow-aways grow and change over time on the ISS. Samples are sent back to Earth research labs for further testing.

“Results that derive from such studies will enable NASA to better understand the microbiome of the space station, how it evolves over time, and could provide solutions in mitigating future risks associated with crew health and mission integrity,” said Fathi Karouia, Microbial Tracking-1 project scientist, at NASA’s Ames Research Center in Moffett Field, California.

Because the astronauts at the ISS live in a closed system, preparing for any possible health risks will help assure the future success of deep space missions.

Humans naturally play host to a world of microbes, so astronauts have already brought bodies of them the minute they stepped on board the ISS. But other parts of the study have gone so far as to ask citizen scientists to collect microbes from sports teams, historical monuments, museums, spacecraft, and schools, and ship them to the ISS to see what would happen.

Of the 48 strains they sent to the ISS, researchers found only Bacillus safensis took to becoming a spacefaring bacteria, growing 60 percent better in space than on Earth. Researchers have no idea why this particular strain thrived.

After a year of sending and sampling microbes on the ISS, the study is coming to an end. The information gained from this research will influence how NASA engineers a successful mission to Mars. It could lead to methods that will suppress the presence of certain microbes, while encouraging the growth of others. We're learning how to engineer the best conditions for a long voyage.