A study has just been published that reports increased activity in, and development of, certain brain areas as a result of thinking about physics. It offers a fascinating insight into some of the specialized forms of thought that the discipline requires. Eric Brewe of Drexel University and grad student Jessica E. Bartley of Florida International University are the study’s lead authors.

The multi-year project involved 55 students (33 male and 22 female) taking Modeling Instruction (MI) at Florida International University. MI is an innovative teaching method that helps get students thinking like real-world physicists through the collaborative development of mental models that account for observed phenomena, doing research and discussing and revising their models until they accurately predict real-world behaviors.

Before and after the instruction, the students’ brains were scanned using functional magnetic resonance imaging (fMRI) that reveals activity as evidenced by changes in blood flow.

Both times, fMRIs were performed while students completed a modified version of the Force Concept Inventory test optimized for the study. The 30-question quiz had been simplified down to just nine questions that “required students to determine the trajectories and motion of objects as resulting from different scenarios and combinations of initial velocities and/or force configurations the test had been tweaked to focus on both,” according to the study. Also, the possible answers for each multiple choice question were reduced from five to four to accommodate the four-button controls students used during testing/scanning. Subjects also answered a set of control questions that didn’t involve physics. 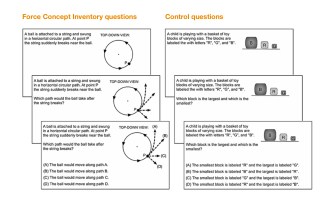 Even during the first scans, the fMRIs revealed that thinking about physics problems unexpectedly lit up an intriguing area of the prefrontal cortex: “One of the keys seemed to be an area of the brain, the dorsal lateral prefrontal cortex, that generates mental simulations. This suggests that learning physics is an imaginative process, which is not typically how people think of it,” Brewe tells Drexel Now.

After the classes, though, the posterior cingulate cortex, linked to episodic memory and self-referential thought, was active during the test. This may, says the study, reveal “shifts in strategy or an increased access to physics knowledge and problem-solving resources,” reflecting “more complex behavioral changes in how students reason through physics questions.” 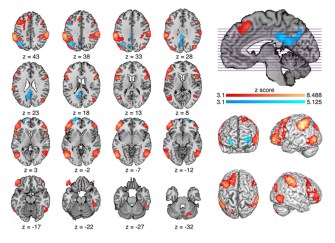 The results of this study attest to the value of Modeling Instruction, and shed light on how it works,” says Brewe. “The neurobiological processes that underpin learning are complex and not always directly connected to what we think it means to learn.” The study also reveals some of the ways in which physics gives the brain a good workout.

Brewe concludes, “I would like to follow up on the question of mental simulations in physics, to see where that shows up at different levels of physics learning and with different populations,” he said. “But this whole study opens up many new areas of investigations and I’m pretty excited about how it will play out.”

We evolved to be kind – and die for others.
▸
4 min
—
with
Paul Bloom
Up Next
Technology & Innovation

These glasses eliminate motion sickness, are guaranteed to get you a whole row to yourself

The only downside is they make you look like “Harry Potter in Space”.