The link between sleep, memory, and PTSD

Your brain organizes your memories in your sleep thanks to some incredible neuroscience. 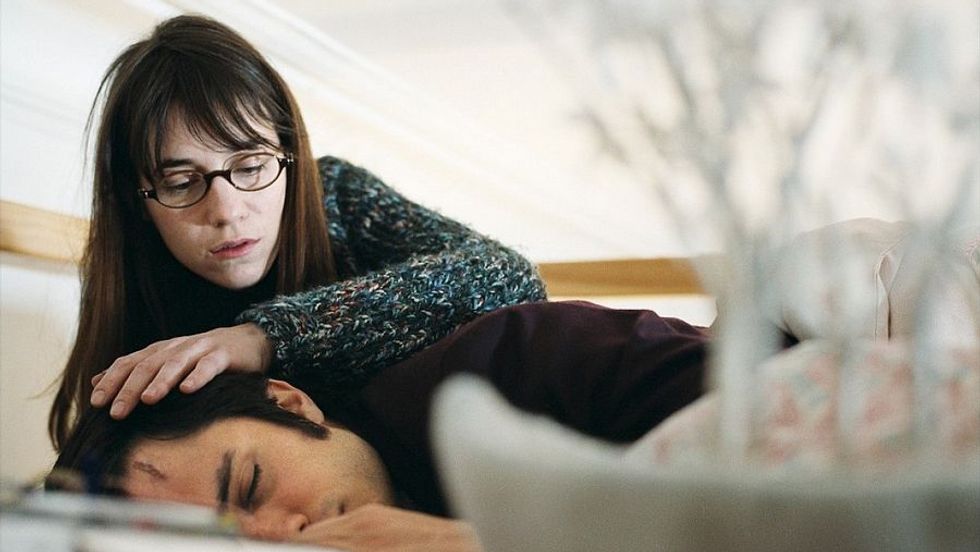 The squishy, three-pound objects we carry around in our heads—our brains!—are poorly understood. While any one of the behaviors that emerge from the 100 trillion synapses in our brains is worth examining, sleep is perhaps the most compelling. Currently, the best available answer as to why human beings need to sleep is because we get tired. For something we spend a third of our lives doing, we don't understand a lot about it.

While we don't understand the ultimate necessity of sleep, we do understand some of the things that happen while we sleep. When sleeping, the brain appears to devote many of its resources towards consolidating and storing memories. Recent research suggests that when the brain's memory-making process is out of whack, it can make that brain more susceptible to post-traumatic stress disorder (PTSD).

How we process memories in our sleep

Our memories, as it turns out, are highly dependent on what we forget. During the day, our brains are recording. At night, they switch to editing, cutting out extraneous details and consolidating the important ones. Without this editing phase, the brain would be crowded with so much junk that—like a hoarder looking for their social security card—it wouldn't be able to find the important things necessary for survival. Forgetting also enables the brain to erase out-of-date and inaccurate facts so they can be replaced with updated information.

But the brain can only erase information in the absence of a certain neurotransmitter. Norepinephrine—the chemical in your brain related to stress, alertness, anxiety, and so on—also promotes learning and helps create longer-lasting and stronger memories. This makes intuitive sense: if an ancient human was assaulted by a jaguar in a particular corner of the jungle, that stressful experience would leave a strong impression. With this experience thoroughly impressed upon the human, they might avoid that area in the future.

Norepinephrine also blocks the brain's ability to forget. This is part of the reason why your brain is almost always recording information. During the daytime, a small nubbin in one of the deepest and oldest parts of your brain called the locus coeruleus is constantly pumping out norepinephrine and gets particularly twitchy when something stressful occurs—like, say, being assaulted by a jaguar.

This tiny nubbin in the back of your brain switches off briefly right as the brain transitions to REM sleep. During REM sleep, it's almost completely inactive. As a result, your brain can begin editing the memories it collected throughout the day, cutting out extraneous information and preserving important stuff.

How sleep malfunctions under PTSD

US soldiers catch some shuteye in Afghanistan. (Photo by Romeo Gacad/AFP/Getty Images)

As a result, the brain continues to store memory but fails to strip away irrelevant information. For victims of trauma, this irrelevant information could be the emotional experience of their trauma; under normal function, the brain knows that it is not useful to re-live a traumatic event every time it is dreamed about. With a hyperactive locus coeruleus, however, this irrelevant and damaging information is retained. Some theorize that the recurring nightmares common to PTSD sufferers are the result of the brain trying, but failing, to process these traumatic memories.

Some evidence exists that staying awake after a traumatic experience can mitigate the severity of PTSD. A study exposed several rats to a stressor (soiled cat litter, which smelled like one of the rats' primary predators). Then, some of these rats were not permitted to sleep for a period of time. The rats who were sleep deprived later showed less behavioral and physiological signs of a PTSD-like response.

This research suggests that it may be possible to ameliorate PTSD by staying awake for a period of time after being exposed to trauma. Staying awake would mean that your brain continues to record, which, in theory, would bury the traumatic memory in the noise of other memories to consolidate.

However, all of this needs to be taken with a grain of salt. Rats are obviously less complex creatures than human beings. Understanding how memory, sleep, and trauma interrelate certainly provides a logical case for why sleep deprivation may be beneficial after experiencing a trauma, but the human brain is three pounds of squishy complexity. The solutions to its problems aren't always easy.