Many people view trees as an unassailable good. We learned about their ecological importance every Earth Day. In-between after-school cartoons, public service announcements told us trees were our friends. Celebrities like John Denver sang that trees weren’t just essential for our future but America’s, too.

The assumption was as clear as it was unspoken: If one tree is good, two trees are better, and 20 trees better still. But that’s not proving the case in California’s Sierra Nevada forests, where too many trees may threaten the state’s ecological stability. 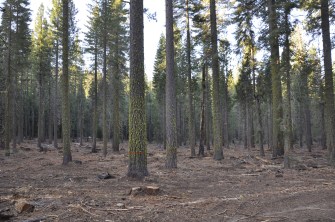 Roughly 60 percent of California’s consumable water comes from the Sierra Nevada watersheds, which is why the mountains are nicknamed California’s water towers. This mountain range collects snowpack at its higher elevations during the cold winter. Come spring and summer, this snowpack melts and travels into streams, rivers, and underground springs before flowing into the valleys below.

But according to the National Science Foundation (NSF), forested areas in the Sierra Nevada with a surfeit of trees are draining the state’s water at an untenable rate.

Researchers at the NSF’s South Sierra Critical Zone Observatory looked at water loss from evapotranspiration using data from measurement towers and satellites. They found that forests naturally thinned by wildfires saved billions of gallons of water. From 1990 to 2008, California’s Kings River Basin saved 3.7 billion gallons of water annually thanks to its fire-thinned forests. The American River Basin saved 17 billion gallons per year during the same period. Their research was published in Ecohydrology last year.

“Forest wildfires are often considered disasters,” Richard Yuretich, director of the NSF’s South Sierra Critical Zone Observatory, which funded the research, said in a release. “But fire is part of healthy forest ecosystems. By thinning out trees, fires can reduce water stress in forests and ease water shortages during droughts. And by reducing the water used by plants, more rainfall flows into rivers and accumulates in groundwater.”

According to the researchers, “the total effect of wildfires over a 20-year period suggests that forest thinning could increase water flow from Sierra Nevada watersheds by as much as 10 percent.” 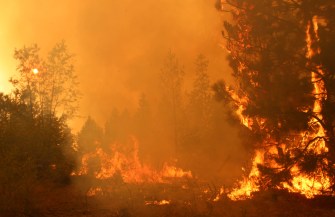 A recent study published in Nature Geoscience suggests people won’t be the only benefactors of thinner Sierra Nevada forests. The tress will profit, too.

Researchers from the University of California, Irvine, and UC Merced used field and remote sensing observations to examine tree communities in the mountain range. Focusing on the disastrous 2012–15 dry-spell, they attempted to suss out the causes of the area’s widespread tree death. In addition to the below-average rainfall and above-average temperatures, the researchers also noted the “unusually dense vegetation.”

“We expect climate change to further amplify evapotranspiration and ground moisture overdraft during drought,” Michael Goulden, UCI professor of Earth system science and the study’s co-author, said in a release. “This effect could result in a 15 to 20 percent increase in tree death during drought for each additional degree of warming.”

Workman’s recommendation is to open Western forests to careful, deliberate thinning. He argues that local private and public entities could manage the forest by removing fire-prone trees and debris, either through logging or controlled fires. Not only would this increase the health of Western forests, it would protect water supplies worth well more than the costs of investment.

“We’ve known for some time that managed forest fires are the only way to restore the majority of overstocked western forests and reduce the risk of catastrophic fires,” James Roche, a National Park Service hydrologist and lead author of the Ecohydrology study, said in the same release. “We can now add the potential benefit of increased water yield from these watersheds.”

Dean Gus Speth on Capitalism and the Environment

It’s been shown that traditional logging practices increase an area’s burn capacity. The large trees targeted by loggers are mature and thick-barked, which are more resistant to fire. Meanwhile, the small trees and debris left behind are easily combustible.

We must accept that healthy forest management is a juggling act that requires us to consider, calculate, and react to many different facets. These include reforestation, species selection, fertilization practices, irrigation and drainage practices, and many others. Additionally, forest management is not uniform. Practices that groom a healthy temperate forest, like those found in the Sierra Nevada, don’t translate to tropical forests.

Tags
bioethicsclimate changeconservationecologyenvironmentnaturesustainabilitytreeswater
In this article
bioethicsclimate changeconservationecologyenvironmentnaturesustainabilitytreeswater
Related
Hard Science
200 years of exploring Antarctica
What we’ve learning from the world’s coldest, most forbidding, and most peaceful continent.
Life
Most of the seafloor is a thick graveyard of ooze
Each year, several trillion pounds of microscopic silicon-based skeletons fall down the water column to pile up into siliceous ooze.
The Present
How California could save its rain instead of letting it drain into the ocean
Why can’t more rainwater be collected for the long, dry spring and summer when it’s needed?
Life
“Virivores” discovered: Microbes that survive on a virus-only diet
Carnivores, herbivores, omnivores — and now virivores.
Health
5 biotech trends to watch in 2023
From synthetic biology to xenotransplantation, biotech will continue to march forward in 2023, in part powered by data and AI.
Up Next
Health & Wellness
Keto or ke-no: What’s the best diet for cognitive performance?
It’s both accurate and slightly misleading to call the keto diet a “fad diet”. On the one hand, the keto diet has in recent years become a fad, taking over a […]