Okay, this is far from confirmed, but it’s pretty radical, and exciting. It’s a possible and plausible answer to a question that’s puzzled biologists ever since the manner in which birds navigate became apparent. The question is: How can birds possibly be able to perceive and follow something as faint as the Earth’s magnetic field? The possible answer? It may be that they perceive it through the interaction of entangled quantum particles in their eyes.

Behind this hypothesis is years of confirming and seeking to explain birds’ phenomenal sensitivity to Earth’s magnetic field. The most plausible explanation for it has to do with the effect of the magnetic field on entangled molecules of a chemical in birds’ eyes, Cry4, or cryptochrome. Other animals, and plants, share the chemical, though it’s believed that birds have developed their own variant. Quantum entanglement, Einstein’s “spooky action at a distance,” is a topic that comes up often at Big Think because it’s a theoretical vehicle upon which some of the strangest and most interesting new ideas ride. Here’s what we mean: 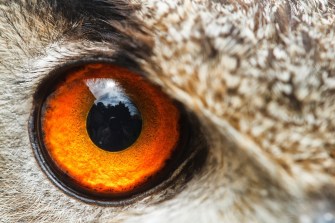 When a photon, a light particle, hits a cryptochrome molecule in a bird’s eye, it knocks loose an electron that may then become associated with a second molecule. The two molecules then both have an odd number of electrons, and they become a radical pair. Since the oddness of both of these radicals was created simultaneously by that loosened electron, the spins of one electron in each molecule of cryptochrome become locked together in relation to each other and the radical pair becomes entangled.

This entangled state is extremely fragile, and temporary, so it won’t survive beyond just 100 microseconds (1/10,000th of a second). But during that brief interim, the radical pair will be in either one of two states. The suspicion is that the Earth’s magnetic field affects the amount of time the molecules spend in either state, and changes to the duration of these states somehow tells the bird where he or she is. The exact means by which the bird perceives them is unknown, though it’s been suggested that it may have to do with one or both states causing the presence of absence of some as-yet-unidentifed chemical.

Why this isn’t just craziness

This might not seem to make sense because magnetic fields are so weak, but it’s real. How weak? “The energy of interaction of a molecule with a ≈50-μT magnetic field is >6 orders of magnitude smaller than the average thermal energy kBT, which in turn is 10–100 times smaller than the strength of a chemical bond,” according to a 2009 study, Chemical magnetoreception in birds: The radical pair mechanism. However, “It has been known since the 1970s that certain chemical reactions do in fact respond to applied magnetic fields.” (Our emphasis.) The study also notes that radicals always seem to be involved.

The radical pair theory is really the best explanation for birds’ navigation systems we have, since experiments attempting to detect effects of magnetic fields directly on biological processes — bypassing chemistry — have come up empty-handed.

The study proposes that perhaps photons are throwing electrons far enough from their normal thermal equilibrium that they remain entangled long enough to respond to the subtle cues coming from the planet’s magnetic field. Quantum entangled particles created by scientists last for mere nanoseconds. One such scientist, Erik Gauger, tells Nova, “It seems nature has found a way to make these quantum states live much longer than we’d expect, and much longer than we can do in the lab. No one thought that was possible.” 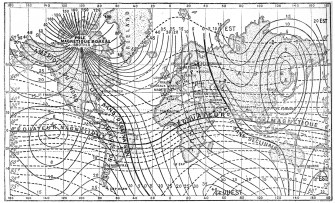 A number of experiments to confirm what’s going on are cited in the paper, some of which the authors find more convincing than others. However, the most compelling evidence of birds’ amazing sensitivity comes from experiments with caged European robins, whose navigation abilities were easily disrupted. “Linearly polarized radio frequency fields 100 times weaker than the Earth’s field (≈500 nT), with frequencies of 7.0 MHz or 1.315 MHz, are sufficient to disrupt the migratory orientation of caged European robins.” (Again our emphasis.) Playing with the magnetic field also easily baffled the birds, with researchers finding a “20–30% increase or decrease in the intensity of the ambient magnetic field is sufficient to disorient caged birds.”

Clearly, avians possess an almost unbelievably delicate sensing mechanism of some sort. The intersection of quantum mechanics and biology — even human biology — is a fascinating notion. As mentioned above, some wonder if it may also relate to consciousness and other currently bewildering phenomena. If we can come to fully understand the mechanics or chemistry of birds’ impressive capabilities, what other mysteries might we be able to unlock?

What duck sex teaches us about human relationships

The answer may lie in the particular way sand forms on Titan.
The Future

It’s not just the language of love.
Hard Science

Crystallization is an entirely random process, so scientists have developed clever ways to investigate it at a molecular level.
The Past

To the ancient Greeks, exotic animals were proof of mythological creatures. To the ancient Romans, they were oddities and adversaries.
Up Next
The Present

Oil execs should be tried for crimes against humanity, essayist Kate Aronoff argues

Climate change is a dire threat, perhaps it is time to put the people who created and denied the problem on trial?