The biosphere and its many ecosystems rely on more than just life processes to subsist and exist. Death and regeneration are a necessity to the flow of the biome. A new study out of Michigan State University has now figured out a way to investigate how decomposing plant and animal matter helps contribute to a lively ecosystem.

What was coined the necrobiome by Eric Benbowm, forensic entomologist and microbial ecologist, in 2013 – is a collective of organisms that assist in plant and animal decay. The new research sheds light on an established list of organisms that play key roles in carrion decomposition.

The paper was published in Ecological Monographs and its focus is on establishing what they call the necrobiome encyclopedia. The goal is to help bridge the interdisciplinary gap between multiple lines of ecological theory and also show how important death is as a component of all ecosystems.

Researchers have laid out a detailed study of the different stages of the decomposition processes from decaying plant life in the oceans – seaweed, to mass animal herd deaths. The findings are changing the way we view the humble gang of bacterium, vermin, decomposers and more and their ultimate role in the transformation of life. 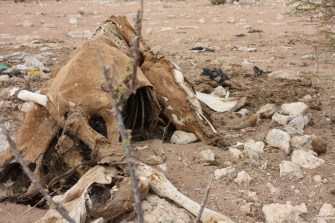 Organisms are always dying. When either a plant or some kind of animal corpse sets itself against the cold hard ground, a new process emerges from the detritus of a once living being. A corpse is a cache of nutrients and a great blend of multiple fats, proteins, carbohydrates and building blocks of life.

Once the life light goes out, a group of bacteria, fungi and other assorted organisms begin to feast. There is a total change in the environment around this once living thing.

The microbiome is in a sense both a process and a coterie of species that act as decomposers and scavengers of life. It’s becoming clear to scientists that there is a predictable manner in a way that this multitude of species shows up for a post-mortem dinner.

Some studies have found that mouse and human corpses share a similar group of bacteria colonizers after death for example. Not only are the processes of the necrobiome being uncovered, but the benefits to an environment are being unearthed as well. 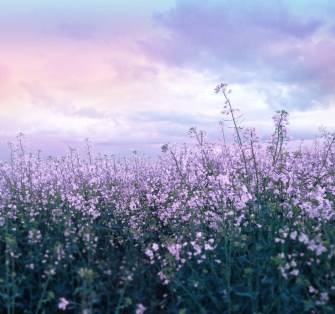 What positive changes in ecosystems are seen after massive deaths of animals?

In a stroke of dumb luck, scientists were able to watch as an area transformed after 300 reindeer in Norway were instantly killed when lighting struck. The mass amount of carcasses drew many larger animals like foxes and wolverines, larger birds and of course maggots and microbes. In an article with the New York Times, one of the scientists, Jen Pechal, who studied the area was quoted as saying that she thought of the site as a “hyperlocal decomposition island.”

The mass death created an incredible amount of diversity in such a small amount of time. It is a new and novel idea now that carcasses are able to alter and affect the greater biodiversity in the landscape. The scientists watched the area evolve over a period of a couple of years. The first spring was filled with a horrid stench with blowflies swarming about. But by the fall, the area consisted mostly of skin and bones, with no vegetation yet peaking up.

Researchers have recently seen new types of grass sprouting up bearing flowers and even crowberry seedlings being laid. One of the major changes in the area was an increased amount of plant diversity. The carcasses had actually become a rich soil for the land.

Here we see again, nature proving that it wastes nothing. Scientists believe that as we learn more about the necrobiome, it will lead to new ways of recycling and even one day commerce.

One researcher said that:

“Our research and this study establish a common language and conceptual tools that can lead to new product discovery… We’re eliminating organic matter and turning it into a value-added product that can add to the world-food cycle. Understanding the species and the mechanisms, which are essentially recycled, can contribute to establishing food security.”

Life to death and back again, the ubiquitous cycle continues and there’s no doubt that we will keep learning more about this fascinating phenomena.

A medical entomologist points to metabolism, body odor, and mindset.
The Present

Does turning the air conditioning off when you’re not home actually save energy?

Should you blast the A/C even when you’re not at home?
Up Next
Life

What do we see from watching birds move across the country?