A new study from the University of Oregon found that, by the age of three, children understand (and prefer) nature’s fractal patterns.

A “fractal” is a pattern that the laws of nature repeat at different scales. “Exact fractals” are ordered in such a way that the same basic pattern repeats exactly at every scale. An example of exact fractals can be found in the growth spiral of a plant. “Statistical fractals”, on the other hand, repeat in a similar (but not identical) fashion across scales and do not possess spatial symmetry. An example of a statistical fractal can be seen in things like clouds and mountains, rivers, and trees.

In a forest, you can find hundreds of fractals, if you look for them—from seeds and pinecones to the similar replication of trees and ferns. Growth spirals on plants like the spiral aloe are among the most visually pleasing fractals in nature.

Fractal patterns have always been evident in nature, but now more than ever they are becoming apparent in man-made objects, including art. (An example of this would be this piece, “Ring of Fire” by Carl Jones.)

Kelly E. Robles, the leader of the study and a doctoral student in the Department of Psychology at the University of Oregon, explains: “Unlike early humans who lived outside on savannahs, modern-day humans spend the majority of their early lives inside these manmade structures. So, since children are not heavily exposed to these natural, low-to-moderate complexity fractal patterns, this preference must come from something earlier in development or perhaps it is innate.” 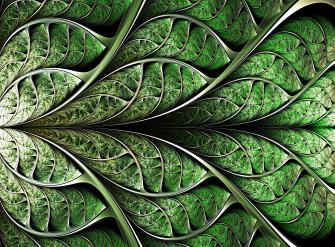 Fractal patterns are evident in nature as well as in some man-made art, architecture and sculptures. Credit: Anikakodydkova on Adobe Stock

The research team explored how individual differences in processing styles might account for trends in fractal fluency. Researchers exposed participants to images of fractal patterns (exact and statistical), ranging in complexity on computer screens.

The ages of the participants were:

Although there were some differences in the preferences of adults and children, the overall trends were similar: exact patterns with greater complexity were more preferred. This study confirms that these preference trends are apparent in early childhood, suggesting that the appreciation for common fractal aesthetics is formed earlier in our development than previously thought.

Prior to this study, exposure to fractal patterns might have been expected to vary across the lifespan of a person due to environmental and developmental patterns. Instead, this study found a consistent preference across childhood and through adulthood which suggests a stable fractal aesthetic is established early in life. There is a possibility, according to this study, that an early biological or evolutionary mechanism optimizes our visual system for processing fractals. 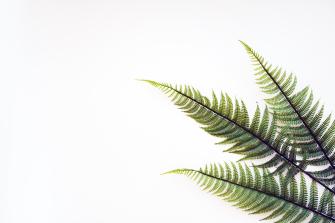 Fractal patterns and designs can reduce your stress by up to 60%, according to research.Credit: MNStudio on Adobe Stock

The term “fractal” was first coined in 1975 by Benoit Mandelbrot, who discovered that simple mathematic rules apply to a vast array of things that often looked visually complex. Since then, many studies have been conducted on what fractals are, where we find them, and even how they impact us.

The study above, mentioning the positive benefits that fractals have in even small children, becomes particularly interesting when you begin to understand the potential benefits we derive from even minimal exposure to fractal patterns.

Fractal patterns can reduce stress by up to 60 percent, according to Psychology Today.

Exposure to fractal patterns in nature can reduce your stress levels significantly. It seems this kind of stress reduction most often occurs because of a certain physiological resonance within the eye. While this effect is most prominent in nature’s fractal patterns, some research indicates that certain types of artwork carrying fractal patterns can also promote relaxation.

How can you use fractals to feel happier?

A separate Psychology Today article focuses on how to use our knowledge of the positive benefits of fractals to our advantage. To take a walk in nature, visit a park or garden or sit and watch the clouds for a while, paying special attention to the patterns you see can help you include this kind of relaxation practice into your daily life. Alternatively, you can opt for a visually pleasing fractal plant (like the spiral aloe or a fern) to sit at your office desk.

Additionally, you can conduct some “research” of your own by placing yourself in fractal-rich environments for 20 minutes a day for one week and monitoring your stress levels before and after.

When faced with too many choices, many of us freeze — a phenomenon known as “analysis paralysis.” Why? Isn’t choice a good thing?
The Well

Listening to some songs can cause a powerful physiological response known as “frisson.” What is it, and why does it happen?
Life

Disgusting behavior is often crucial to survival.
Up Next
Health

Want to stop cognitive decline? Wine and cheese could help.

A new observational study finds that red wine and cheese have protective effects.