What is reality and how do we know? For many the answer is simple: What you see — hear, feel, touch, and taste — is what you get.

Your skin feels warm on a summer day because the sun exists. That apple you just tasted sweet and that left juices on your fingers, it must have existed. Our senses tell us that reality is there, and we use reason to fill in the blanks — that is, we know the sun doesn’t cease to exist at night even if we can’t see it.

But cognitive psychologist Donald Hoffman says we’re misunderstanding our relationship with objective reality. In fact, he argues that evolution has cloaked us in a perceptional virtual reality. For our own good. 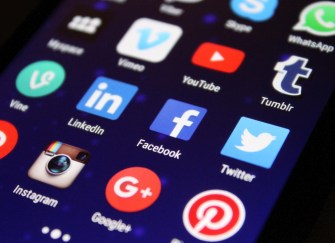 Donald Hoffman says that we we perceive of as reality is an interface of symbols hiding vastly more complex interactions. He likens this to how desktop icons represent software. Image source: Pixabay

The idea that we can’t perceive objective reality in totality isn’t new. We know everyone comes installed with cognitive biases and ego defense mechanisms. Our senses can be tricked by mirages and magicians. And for every person who sees a duck, another sees a rabbit.

But Hoffman’s hypothesis, which he wrote about in a recent issue of New Scientist, takes it a step further. He argues our perceptions don’t contain the slightest approximation of reality; rather, they evolved to feed us a collective delusion to improve our fitness.

Using evolutionary game theory, Hoffman and his collaborators created computer simulations to observe how “truth strategies” (which see objective reality as is) compared with “pay-off strategies” (which focus on survival value). The simulations put organisms in an environment with a resource necessary to survival but only in Goldilocks proportions.

Consider water. Too much water, the organism drowns. Too little, it dies of thirst. Between these extremes, the organism slakes its thirst and lives on to breed another day.

Since humans aren’t extinct, the simulation suggests we see an approximation of reality that shows us what we need to see, not how things really are.

Hoffman likens this approximation to a desktop interface. When a novelist boots up their computer, they see an icon on their desktop that represents their novel. It’s green, rectangular, and sits on the screen, but the document has none of those qualities intrinsically. It’s a complex string of 1s and 0s that manifests as software running as an electric current through a circuit board.

If writers had to manipulate binary to write a novel, or hunter-gatherers had to perceive physics to throw a spear, chances are both would have gone extinct a long time ago.

“In like manner, we create an apple when we look, and destroy it when we look away. Something exists when we don’t look, but it isn’t an apple, and is probably nothing like an apple,” Hoffman writes. “The human perception of an apple is a data structure that indicates something edible (a fitness pay-off) and how to eat it. We create these data structures with a glance, and erase them with a blink. Physical objects, and indeed the space and time they exist in, are evolution’s way of presenting fitness pay-offs in a compact and usable form.”

Consciousness all the way down

At this point, you are likely wondering, “Well, then what is reality? If my dog is only a data structure indicating a furry creature that enjoys fetch and hates baths, then what lies beneath that representation?”

For Hoffman the answer is consciousness.

When neuroscientists and philosophers develop theories of consciousness, they traditionally look at the brain. If Hoffman is correct, they can’t completely understand consciousness via brain activity, because they are looking at an icon of a material organ that exists in space and time. Not reality.

Hoffman wants to start with a mathematical theory of consciousness as a baseline — looking at consciousness outside of matter and the space-time it may not inhabit. His theory further calls for a potentially infinite interaction of conscious agents, from the simple to the complex. In this formulation, consciousness may even exist beyond the organic world, all the way down to electrons and protons.

“I’m denying that there is such a thing in objective reality as an electron with a position. I’m saying that the very framework of space and time and matter and spin is the wrong framework, it’s the wrong language to describe reality,” Hoffman told journalist Robert Wright in an interview. “I’m saying let’s go all the way: It’s consciousness, and only consciousness, all the way down.”

Hoffman calls this view “conscious realism.” If proven correct, he argues it could make headway on such intractable quandaries like the mind-body problem, the odd nature of the quantum world, and the much sought-after “theory of everything.”

Hoffman’s hypothesis is fascinating, and if you need a subject for a bar-side bull session, you could do worse. But before anybody suffers an existential meltdown, it’s worth noting that the hypothesis is just that. A hypothesis. It has a way to go before overturning the hypothesis that the brain manifests consciousness, and its detractors have thrown down a few gauntlets.

One such critique argues that while we may not perceive reality as it is that doesn’t mean our perception is not reasonably accurate. Hoffman would argue we see an icon that represents a snake, not a snake. But then why do nonpoisonous snakes evolve colorings to match poisonous ones? If there is no objective reality to mimic, why would mimicry prove a useful adaptation, and why would the interfaces of multiple species be fooled by such tricks?

Another concern is a chicken-and-egg problem, as Wright pointed out in their discussion. Current orthodoxy argues the universe existed for billions of years before life emerged. This means the first living organisms began their evolutionary tracks by responding to a preexistent inorganic, unconscious environment.

If Hoffman’s argument is correct and consciousness is primary, then why develop life and the illusion of reality? Why are some of these unreal symbols ultimately so harmful to consciousness? The network of consciousnesses, one assumes, got along without life for billions of years.

This is why Michael Shermer equates Hoffman’s argument to something akin to the “God of the gaps.” He writes:

“No one denies that consciousness is a hard problem. But before we reify consciousness to the level of an independent agency capable of creating its own reality, let’s give the hypotheses we do have for how brains create mind more time. Because we know for a fact that measurable consciousness dies when the brain dies, until proved otherwise, the default hypothesis must be that brains cause consciousness. I am, therefore I think.”

Then there’s the issue of whether Hoffman’s hypothesis is self-defeating. If our perceptions of reality are merely species-specific interfaces overlaid upon reality, how do we know consciousness is not simply another such icon? Maybe the “I” of everyday experience is a useful fantasy adapted to benefit the survival and reproduction of the gene and not part of the operating system of reality.

None of this is to say that Hoffman and others can’t meet these challenges with further research. We’ll see. It’s just to say that there’s a lot of room for exploration into some fascinating ideas. As Hoffman would agree:

The monsoon rains were not always so reliable.
Neuropsych

Sigmund Freud developed the decidedly unscientific principles of psychoanalysis in a time when most psychologists were trying to join the ranks of chemists and medical doctors.
Up Next
The Present

A new study finds that factors influencing where you’re born continue to affect your earnings throughout life.