A new study highlights hundreds of mammal species that could contract multiple coronaviruses, including SARS-CoV-2, and therefore become sources of new coronaviruses. Published in Nature Communications, the research suggests that novel coronaviruses could emerge from many more animal species than scientists have so far observed.

Coronaviruses comprise a large family of viruses. Humans are known to contract only seven coronaviruses, including SARS-CoV, MERS-CoV, and SARS-CoV-2, all of which can cause severe disease or death. But coronaviruses can circulate more widely in the animal kingdom, and within it scientists have identified hundreds of unique strains.

Some animals can become infected with multiple coronaviruses at the same time. When this occurs, genes from the different viruses can combine and replicate, creating a novel coronavirus. This natural process is called recombination, and it’s what produced SARS-CoV-2, the novel coronavirus that causes COVID-19.

So, in which animal species might the next novel coronavirus originate through recombination? 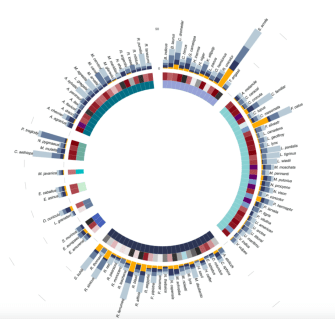 To answer that, the researchers behind the recent study created a computer model to predict which species have the highest risk of being “reservoirs” for coronaviruses. Using data from GenBank, a National Institutes of Health database, the team compared 411 coronaviruses with 876 mammalian species that are known to contract coronaviruses.

In terms of recombination, some mammalian species pose outsized threats. The study noted that the domestic pig presents a high risk because it is known to harbor many diverse coronaviruses.

“Given the large number of predicted viral associations presented here, the pig’s close association to humans, its known reservoir status for many other zoonotic viruses, and its involvement in genetic recombination of some of these viruses, the pig is predicted to be one of the foremost candidates an important recombination host,” the authors wrote. 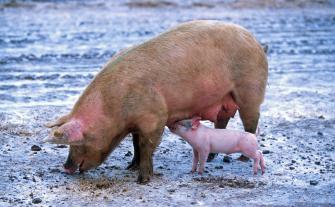 The study also identified species in which SARS-CoV-2 might combine with other coronaviruses. These included the lesser Asiatic yellow bat, the common hedgehog, the European rabbit, chimpanzees, the African green monkey and domestic cats (which are already known to contract SARS-CoV-2, though there’s no evidence that cats or other pets can spread the novel coronavirus to humans).

Also on that list was the dromedary camel, a “known host of multiple coronaviruses and the primary route of transmission of MERS-CoV to humans.” It’d be especially concerning if MERS-CoV and SARS-CoV-2 recombined, considering the former is highly deadly and the latter is highly contagious.

Still, many factors must align for coronaviruses to merge and generate a novel coronavirus, and just because an animal is vulnerable to multiple viruses doesn’t mean those viruses will recombine. But the team behind the study noted that scientists are likely underestimating the number of animals that could generate novel coronaviruses, and that the results can help inform surveillance programs for at-risk species.

“Such information could help inform prevention and mitigation strategies and provide a vital early warning system for future novel coronaviruses,” the authors wrote.

For the fewer than 50 people with this blood type, finding a blood transfusion could be extremely difficult.
Hard Science

On December 19 1972, astronauts Eugene Cernan, Harrison Schmitt and Ronald Evans splashed down safely in the Pacific Ocean, ending the Apollo 17 lunar mission. They were the last people to travel […]
Up Next
Starts With A Bang

An illustration of heavily curved spacetime, outside the event horizon of a black hole. As you get closer and closer to the mass’s location, space becomes more severely curved, eventually […]