More often than not, a successful college dropout is the exception and not the rule. The majority of America’s roughly 34 million college dropouts are more likely to be unemployed, in debt, defaulting on their loans, and impoverished.

The star-studded casts of the billionaire’s boys club, touting the likes of Michael Dell, Bill Gates, and Steve Jobs, are exceptional and the rarest of cases. These men were going to get to these places with or without college.

The college dropout myth has a sliver of truth to it: Individuals with outlier intelligence, wild imaginations, determination, and an exceptional work ethic are most likely going to become successful. But this still doesn’t accurately paint the full picture.

Many of these drop-out innovators and businessmen had these skills before college. They knew how to learn and self-educate themselves. Some of them started their own businesses in their teen years and knew how to manage their time and finances. Many also benefited from a highly connected network of family and friends. 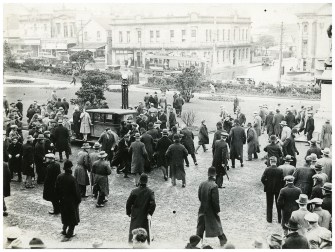 Let’s look at someone like Bill Gates. Here’s just a snippet of his early life. Gates was enrolled at a private preparatory school when he was 13. During the eighth grade, he was able to spend time and learn how to program on a General Electric computer. He wrote his first program at this time. This was during the 1960s when the general public, for the most part, was oblivious to computing technologies.

His father was also a partner in the Preston Gates & Ellis law firm, and his mother was on the board of directors for both First Interstate BancSystem and the United Way. All of these factors definitely led to him having a headstart in a lot of areas. But that still doesn’t account for everything: There are many rich people who’ve never amounted to anything.

The reality is that the next college dropout musing about hitting the big time with lackluster grades, poor work ethic, and shoddy prospects will not be the next one to make the Forbes list. They’re most likely going to be joining the ranks of over 34 million Americans above the age of 25 with some college credits with no degree.

Someone in this group is 70% more likely to be unemployed and over four times more likely to default on their loans. On average, this group also earns 32% less than college graduates. Far from tipping the scales of outrageous wealth, college dropouts are barely getting by.

An analysis of the Forbes list will tell you everything you need to know about the benefits of higher education.

Leaders either have elite education or are exceptional

Another study looked into 11,745 of the richest and most powerful people which included U.S. leaders, CEOs, executives, federal judges, multi-millionaires, billionaires, politicians, and other business leaders around the globe.

They examined how many people graduated from elite schools, which in their definition was one of the eight Ivy League schools with the addition of top national state universities and other high-ranking U.S. colleges.

The researchers found that 94% of U.S. leaders attended college, and half of them attended an elite school. Almost everyone in Congress went to college, but the elite school attendance varied.

From Forbes’s most powerful to World Economic Forum members, the results stayed steady, with the majority of college-educated eclipsing dropouts.

Now the most important piece of missing context that helps to perpetuates this dropout myth is the fact that these false narratives do not look into the background of these people. This “winging it” attitude for quitting college and chasing your proverbial dreams isn’t the answer for the majority of people.

Now the educational path isn’t going to be for all people. It is often overwrought with bureaucracy and stifles the true creative spirit for a great deal of leaders and higher achievers.

However, if you’re a student who’s thinking about dropping out, remember that most of these positions of success and power were earned through exceptional work by going through elite institutions or by extraordinary individuals conquering the system and shaping it through their own will

Tags
creativityentrepreneurfailureintelligenceleadershipsuccess
In this article
creativityentrepreneurfailureintelligenceleadershipsuccess
Related
Thinking
Creative wisdom from Rick Rubin: embrace your inner gatekeeper
Unlock the full potential of your creativity with holistic detachment. This is the way of the editor.
The Learning Curve
The art of asking the right questions
The right questions are those sparked from the joy of discovery.
Empowering growth
Creativity training: How to develop creative skills in employees
By developing skills like divergent thinking and collaboration in the workforce, creativity training has the potential to unlock revolutionary ideas.
Only high performers pass this kind of job interview
Here’s what job interviewers are testing you for, according to economist Tyler Cowen.
▸
4 min
—
with
Tyler Cowen
Sun Tzu: 4 battle principles for business leaders
Strategy advisor Roger Martin explains how 2,000 year old military thinking is useful in modern business strategy.
▸
8 min
—
with
Roger Martin
Up Next
Life
Magic mushrooms evolved to scramble insect brains, send them on wild, scary trips
How psilocybin evolved has more to do with sending insects on terrifying trips than it does making Phish sound good.