Is Racism a Form of Mental Illness?

In 2012, “pathological bias” was included in the Oxford Handbook of Personality Disorders. 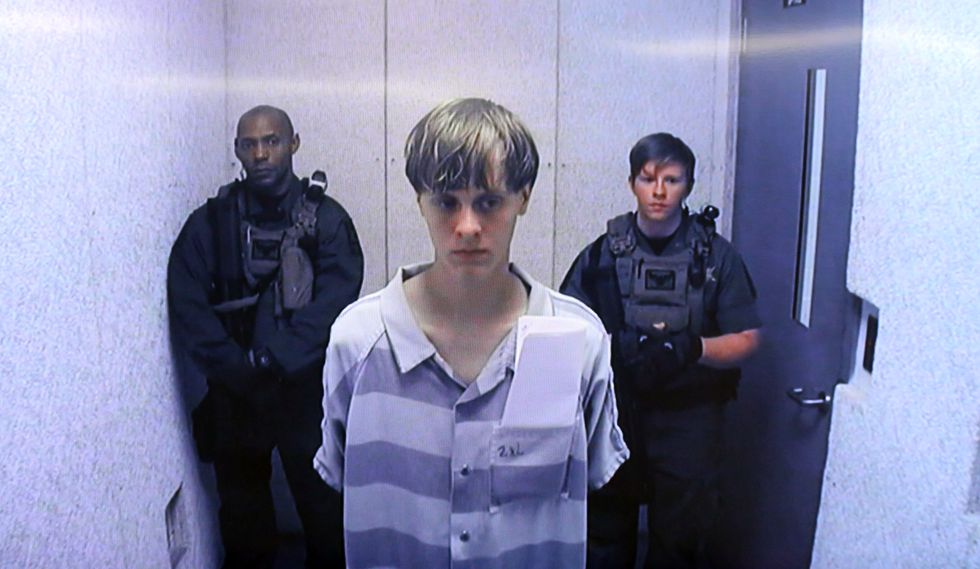 Sitting across from a known racist at a family party or social event can make us uncomfortable. But chances are, that person isn’t going to go out and firebomb a black church or spray paint a swastika on a synagogue. It’s also easy to point the finger, but harder to consider our own words and actions and how they might be viewed by others. The Broadway musical Avenue Q points this out in their song, “Everyone’s A Little Bit Racist.” And in fact, we may all indeed fall somewhere on the spectrum.

Though some take for granted that their “in” group is the best, there are others who completely reject any notion of prejudice, and yet display small forms of it, unwittingly. The point of the song, is that we all have presuppositions of others, be they subtle or outlandish, conscious or not, that may not be true. So run-of-the-mill racism isn’t considered a form of mental illness. But what about extreme racism?

While it isn’t in the DSM V—the manual containing all anointed psychiatric conditions, some experts believe that extreme racism should be. Oxford psychiatrists for instance did include “pathological bias” in their own version, the Oxford Handbook of Personality Disorders, last revised in 2012. Pathological bias is defined as extreme racist and supremacist views that could lead one to commit acts of violence against a person or persons of another race.

While Oxford psychiatrists regard extreme racism as a mental disorder, the APA thinks this designation may undermine personal responsibility.

The American Psychiatric Association (APA) decided not to include extreme racism in the DSM V, also updated in 2012, because otherwise perfectly normal, law-abiding people in America might be implicated. The APA was also worried that if it classified racism, it would send the message that racists couldn’t control their beliefs, and so they would do little to change them.

Unfortunately, no biological causes of racism have been discovered, not for want of trying. Neuroscientists say our brain is wired to make us feel concerned or fearful toward anything in the environment that looks different. After all, over millennia, traditional hunter-gatherer societies had to worry about the raiding parties of other bands. Not only that, but thinking one’s own group superior may have aided social cohesion and survival.

Though we no longer live in such societies, we did for most of our existence on this planet. The fear of those who look, speak, or act different may be an epigenetic holdover from our ancient past. This was a survival mechanism that in the modern world became misconstrued as certain forms of prejudice.

Of course, there’s a difference between ignorance and hostile racism. Usually, experiences with different kinds of people can replace ignorance with understanding. But what about in extreme instances, such as the case of Dylann Roof, who in 2015, shot and killed nine parishioners at a historically black church in Charleston, South Carolina? Would his pathology have pushed him into violence, if his mind hadn’t been filled with vitriolic racism?

Most in the psychiatric community deny the idea that extreme racism in and of itself is a mental illness. But not all. Dr. Carl Bell of the University of Illinois is a psychiatry professor who believes that racism may be a disorder. He says 98% of racism is learned, but perhaps two percent may have something to do with some sort of personality deficiency. These people he gathers, project their problems onto a target, usually people from a different race. Paranoid disorder sufferers for instance might “project unacceptable feelings and ideas onto other people and groups.”

Memorial in the aftermath of the Charleston church shooting. Would mass shooters simply pick another target if racism was taken out of the equation?

Such racism is only considered pathological when it begins to interfere with a person’s day-to-day living. Harvard psychiatrist Dr. Alvin Poussaint has another point of view. The African-American scholar has been petitioning the APA since 1969 to include extreme racism in the DSM. He wrote in a 1999 New York Times article that, “Like all others who experience delusions, extreme racists do not think rationally.”

Though a debate that’s decade’s old, recent mass shootings and other tragic events have revived it, and launched a book. Historian Sander Gilman and sociologist James M. Thomas are the authors of, Are Racists Crazy? How Prejudice, Racism, and Antisemitism Became Markers of Insanity. The authors promote the idea of personal responsibility. At the beginning of the 21st century they write, a conference in France gathered around the idea that fMRI scans may be able to pinpoint racism inside the brain. So far, no dice.

Another claim is that science can develop a pill for overcoming racism. No such drug is available, nor a target for one. Despite being a personal issue, more and more scholars, journalists, and even the general public, are considering extreme racism a pathology.

One reason might be that politicians often link cases such as the Charleston shooting with mental illness. This has entered our national psyche. So much so that in 2005, California’s Department of Corrections was found treating some forms of racism with antipsychotic drugs, according to The Washington Post.

Though extreme racism is alive and well, a lack of tolerance among the greater society may see it end.

Forensic psychiatrist Dr. Michael Stone says that out of the 235 mass murder cases he’s studied, 22% of the perpetrators suffered from clinical mental illness. The rest were extreme narcissists or suffered from paranoid personality disorder. It’s likely that if it wasn’t racism that set such a person off, another target would preoccupy their minds, leading to an incident of carnage. Most of these perpetrators, all men, wrestle with “murderous rage, utter hopelessness, and suicidal despair,” Stone said.

If the aftermath of the 2016 election taught us anything, it’s that racism is still out there. But those who are overtly racist are becoming far more isolated and looked down upon by wider society. Racism itself may be with us for some time to come, but extreme racism won’t be tolerated, as the large number of protests attended by multitudes, in the aftermath of the hate crimes following the election, illustrated.

This intolerance for hate may call more violent extremists out of the woodwork periodically to do terrible, heartbreaking acts. Hopefully, these are the death shakes of an ideology that is enduring its final hours. Extreme racism’s demonization by our culture will ultimately bring it to an end. But wider prejudices and systemic ones don’t seem to be going anywhere, at least for the immediate future.

To learn more about the scientific basis of racism, click here: