Have you accidentally offended someone? Here’s advice for you and them.

Here's what to say in an era where many people are too afraid to say anything.

Allison Stanger
Allison Stanger is the Russell Leng ’60 Professor of International Politics and Economics at Middlebury College, a New America Cybersecurity Fellow, and an External Professor at the Santa Fe Institute. She is a member of the Council on Foreign Relations. She is also the author of "One Nation Under Contract: The Outsourcing of American Power and the Future of Foreign Policy" and has contributed to Foreign Affairs, Foreign Policy, Financial Times, International Herald Tribune, New York Times, USA Today, U.S. News and World Report, and The Washington Post.
24 July, 2019

ALLISON STANGER: Human beings have blind spots. They have implicit biases. This doesn't mean you're a bad person. We all have them. And I think it's an illusion to think we can eradicate them from human beings. And this relates to civil discourse because it's important that people be allowed to think out loud and make mistakes because, particularly in diverse work environments, diverse college classrooms, people are going to come from different backgrounds, and they will say things that may offend someone. And there, I think it's extraordinarily important that we tell our students, that this may happen, but it's immensely important that if you offend someone inadvertently that you apologize and say 'That was not my intention.' And then hopefully we can move on.

In my classroom, I do this, I say, I want you to speak freely. I don't want you to censor yourself. But if anybody feels offended, they should speak up because that's not a good classroom environment, and we apologize, and we move on. And I think this is a really simple truth that apologizing and moving on is a real foundation for moving forward. And I am always suspicious of someone who's unwilling to apologize for inadvertently offending someone.

And another thing I would say is we need to be more generous with our fellow humans. I see, in a variety of environments, someone -- you see it with the presidential campaign right now. Someone says something, and there's a chorus of voices that say, 'How could he say that?' They want to call him out, him or her out, say that that's absolutely -- by saying something that offends someone, you're automatically disqualified from continuing in the discussion, and I think that's a terrible example to give our children, to give our students that one mistake and you're out. And the presumption there is that you can't learn from your behavior. And it's extraordinarily important if we're going to work together, for us to be able to be a little bit more forgiving than that and realize that -- and I know this could be immensely frustrating, right? If you're a member of a marginalized group who's repeatedly offended, you just get sick of it. You get sick of people doing the same things over and over again that you find offensive. So I get that you can become frustrated with it. But I have also seen instances where humans can learn over time, and I think that has to be our aim. At least it's my aim as an educator to help people learn to be more aware of their implicit biases.

I guess I would add to that that human beings in a diverse society need to realize that they're human and that they're going to make mistakes and they are going to have to allow others to make mistakes. And the way we, in a sense, meet halfway on that is to be committed not to offending one another -- not to self-censoring, making sure we're going to always say the right thing, but to being self-aware enough to realize that when we've offended someone, it's a moral imperative to apologize. 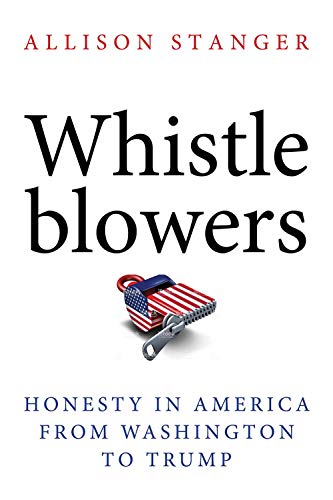