The ultimate goal of any education system should be to give people the opportunity to find and bring to life that which motivates them intrinsically. 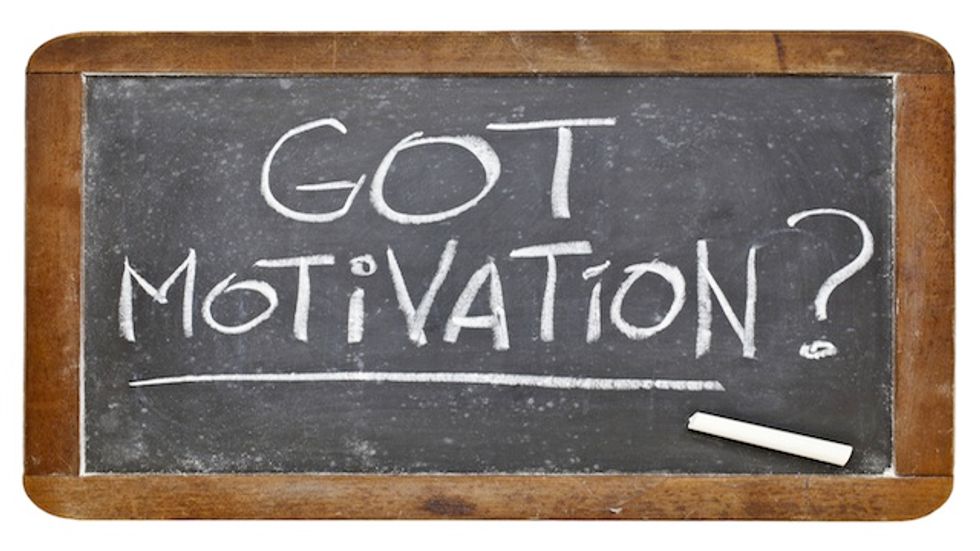 In 1981, Arthur Leonard Schawlow won the Nobel prize in physics for his contributions to laser spectroscopy. When asked what made the difference between highly creative and less creative scientists he responded: "The labor of love aspect is important. The most successful scientists often are not the most talented. But they are the ones who are impelled by curiosity. They've got to know what the answer is."

Schawlow was describing what the psychologist Teresa Amabile calls the “Intrinsic Motivation Principle of Creativity,” or the propensity for human creativity to flourish when people are motivated by the personal enjoyment of the work itself. Athletes call it a “love of the game;” artists refer to it as an unrelenting need to express. For academics like Schawlow, it’s the pure joy of discovering something new.

Extrinsic motivation, in contrast, is the daily pressure we feel from outside incentives – grades, salaries, and promotions – put in place to encourage output. Here’s the question: Is creative output the product of intrinsic or extrinsic motivation? Do we need a reason to work? Or is passion enough?

They ran the experiment for two weeks and found that the kids in the “no award” and “unexpected reward” conditions continued to enthusiastically draw just like they did initially. However, their peers in the award condition showed a drastic reduction in interest. Sadly, they no longer found pleasure in drawing – their intrinsic motivation was destroyed by an extrinsic reward, the blue ribbon.

A study conducted more recently by Teresa Amabile of the Harvard Business School demonstrated similar results. Amabile’s subjects, unlike Lepper's et al, were college women. In one experiment Amabile asked the women to make paper collages. She told half of them graduate art students would judge their collages; the other half was told that researchers “were studying their mood and had no interest in the collages themselves.” A panel of artists evaluated the collages and Amabile found that those who expected to be judged were significantly less creative. Drawing on this study and other research, Amabile concluded that, “The intrinsically motivated state is conducive to creativity, whereas the extrinsically motivated state is detrimental.”

Are all extrinsic motivators creativity killers? Not exactly. This research doesn’t rule out the important role extrinsic motivation plays in the creative process. Consider the following examples, brought to life by Geoff Colvin in his book Talent is Overrated:

Intrinsic motivation may dominate the big picture, but everyone, even the greatest achievers, has responded to extrinsic forces at critical moments. When Waton and Crick were struggling to find the structure of DNA, they worked almost nonstop because they knew they were in a race with other research teams. Alexander Graham Bell worked similarly on the telephone, knowing he was in competition with Elisha Gray, whom he beat to the patent office by just hours. Such people are driven by much more than fascination or joy.

Colvin concludes that extrinsic motivators are good as long as they are directed at delivering constructive feedback. Here’s what he means:

Given the connection between motivation and achievement and creativity, it’s worth asking if the United States education system is doing a good job of balancing intrinsic and extrinsic motivators. The short answer is not really. A new report from the Center on Education Policy outlines new strategies schools are creating to boost student motivation, suggests that many schools still do a poor job of understanding student motivation and describes the inherent problem of motivating a student who seems steadfast in his or her unwillingness to engage the material. Here’s a recent Atlantic article on the study:

Schools nationwide are experimenting with initiatives aimed at boosting student motivation, incorporating new programs aimed at piquing their interest or helping them feel more connected to the material they are being taught. In some instances, and not without controversy, schools have resorted to outright bribery, offering students cash and other rewards in exchange for greater effort and achievement….

[But] even the best school, program, and teacher can't make a dent in improving academic achievement when a student isn't motivated to learn. There are several elements to motivating students successfully, and as more of these triggers are activated, an initiative becomes more likely to work… if students see a direct connection between what they are learning and their own interests and goals, they are likely to be more motivated. Additionally, how schools are organized, and how teachers teach, are all factors in student motivation.

The article and CEP study suggests that schools in the United States should make pedagogical adjustments that consider what we know and don’t know about motivation. I think there’s no doubt that this is true.

For one, too much weight is put on extrinsic motivators - grades, tests, final examples, etc. They’re important – no need to throw the baby out with the bathwater - but the ultimate goal of any education system should be to give people the opportunity to find and bring to life that which motivates them intrinsically. Ideally, all students will find, at some point in their educational careers, a domain where their labor is love, just as Schawlow did.