The Virtues of a Bad Review 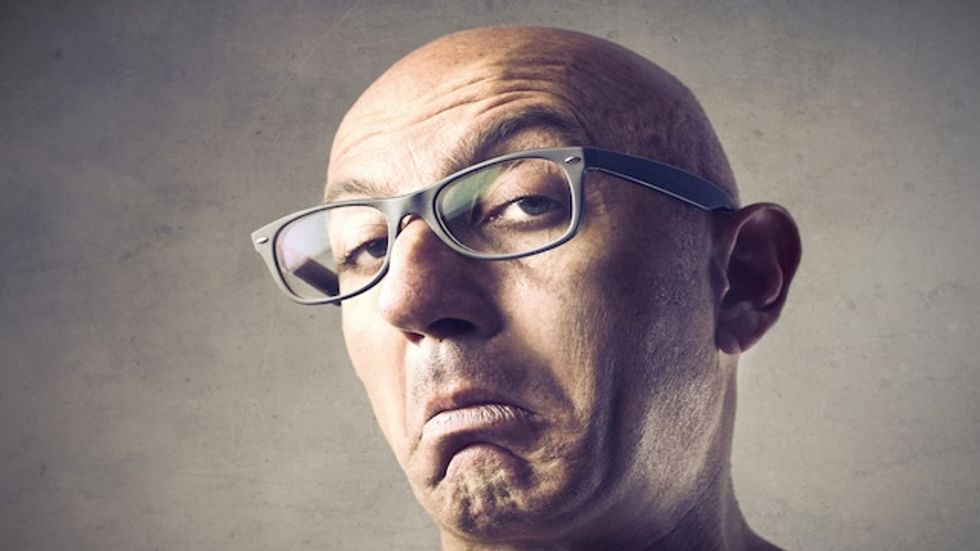 What happens when you ban a book? Sales increase. The modern maxim that any press is good press is true. If you really want people to read a book, tell them it’s extremely offensive; books that offend are difficult to ignore, just like provocative secrets are difficult to conceal - both spread swiftly. The Harry Potter Series, The Catcher in the Rye, In The Night Kitchen, and 1984 are classics or bestsellers. They’re also on the list of the most frequently banned books of the last few decades.

In 1912 the Paris Salon showcased September Morn, an oil painting by the French artist Paul Émile Chabas depicting a nude 16 year-old girl bathing in a lake. The French didn’t think much of it. However, the following year September Morn traveled to Chicago where the city’s mayor, Carter Harrison, Jr., charged the owner of the gallery that displayed it with indecency. The mayor lost in court, triggering a cascade of attention from the press.

That was only the beginning. Months later September Morn traveled to New York City where Anthony Comstock, the United States Postal Inspector, unofficial priest of Victorian morality, and Secretary for the Society of the Suppression of Vice threatened to arrest the art dealer who displayed it. Some say the gallery commissioned a public relationship rep to bring the painting to Comstock in order to generate hype. It’s unclear if this story is true but there’s no doubt that Comstock’s anger garnered September Morn even more press.

A Google search of “Comstockery” will tell you the phrase means “excessive opposition to supposed immorality in the arts.” George Bernard Shaw coined the term to capture what he perceived was excessive censorship in the United States. Shaw might have been on to something. Comstock called Shaw an “Irish smut deal” after learning of the playwright’s verbosity; he also threatened to challenge any of Shaw’s “filthy productions” with legal action. This is precisely what happened in 1905 when an officer at the New York Public Library tried to censor the circulation of Shaw’s Man and Superman. The basis of the censorship was the eponymous “Comstock Act,” which made sending "obscene, lewd, and/or lascivious" materials through the mail illegal.

Soon after that stun Shaw debuted Mrs. Warren’s Profession, which centers on prostitution and women in Victorian England – exactly the type of “obscene, lewd and/or lascivious material” Comstock detested. Police arrested the cast and crew for violating the Comstock laws. Of course, this maneuver benefitted the show. After the courts ruled that Mrs. Warren’s Profession did not, in fact, violate the law the producers raised prices, the play sold-out and Shaw gained fame.

I learned about Shaw’s controversial clash with Comstock from Walter Kendrick’s risqué book The Secret Museum: Pornography in the Modern Culture. Kendrick’s lucid profile of Comstock highlights the tedious relationship between avant-garde artists and their austere counterparts whom Comstock typifies. To Comstock, anti-establishment artists like Shaw were sordid philistines. To Shaw, “Comstockians” were snobby puritans unable to appreciate original ideas.

While Shaw wrote plays Comstock made a living by spreading sanctimonious rhetorical about the inevitable demise of moral standards in the United States. Consider this excerpt from Comstock’s 1883 jeremiad Traps for the Young: “Our youth are in danger; mentally and morally they are cursed by literature that is a disgrace to the 19th Century. The spirit of evil environs them.” That’s just the preface - the New Canaan born prude spends another 200 pages warning parents about the “perils of society.” Comstock’s 1887 pamphlet Morals Versus Art is another grandiose lamentation. He shows a soft spot for Renaissance art but is critical of modern art that “appeal[s] to passion, and create[s] impure imaginations.” Why? “With so many unclean minds as there are to-day,” he posits, “these photographs are appropriated to lewd purposes, and but pave the way, and create a demand for that which is worse.” I can only imagine what he would say about Internet pornography.

One hallmark of modern society is a small group of Comstockians who gain notary by outlining how immoralities that break from tradition percolate through society while offering a simple prescription to remedy an upcoming moral apocalypse: in order to save the future generation we must mimic the pervious one. The paradox of modern art is that the pioneers and innovators despised Comstockians yet thrived because of them.

The BBC Arts editor Will Gompertz recently published a cogent and vivid portrait of modern art. In What Are You Looking At? The Surprising, Shocking, And Sometimes Strange Story of 150 Years of Modern Art Gompertz recounts the germinal event that spawned the careers of French painters including Degas, Sisley, Renoir, Morisot, Pissarro, Manet, Monet, Cézanne and others. These rouges made a name for themselves by creating the Societé anonyme des peintres, sculpteurs et graveurs (Anonymous society of painters, sculptors, and engravers) to establish themselves in contrast to the Academy of Fine Arts. The Academy, in their rebellious eyes, was a rigid establishment – sober and paralyzed by tradition.

On April 15, 1874, the Society held its first exhibition in the heart of Paris. One of the paintings was Monet’s Impression, Sunrise. It depicts a harbor in northern France, the scene of his childhood. A reddish-orange sun hovers over a gloomy blue-grey harbor; a small black boat floats in the foreground while larger sailboats loom in the background. The air is foggy, so it’s difficult to perceive any details. But that was the point. Monet painted with staccato brushstrokes that lacked precision. He ditched firm outlines and focused on ordinary objects – the water, the boats, the sunrise. Monet’s goal was to paint the impression the harbor imprinted on the mind, not just depict it as it was. The role of the viewer, therefore, was to experience the painting, not just look at it passively.

Monet’s attempt came off as artistic insouciance. Classic paintings dominated French art at the time and they focused on details and precision - the goal of classical painters was to replicate nature exactly how we see it. Impression, Sunrise, in contrast, was merely an unfinished sketch – a collection of random brush strokes. This is one reason why Louis Leroy wrote a critical review of the Societies' exhibition in Le Charivari, a popular satirical French newspaper at the time:

Impression I was certain of it. I was just telling myself that, since I was impressed, there had to be some impression in it – and what freedom, what ease of workmanship! A preliminary drawing for a wallpaper pattern is more finished than this seascape.

Leroy’s sarcastic remarks gave that group of young French artists two things. The first was a name for their movement – Impressionism – and the second was attention. As Gompertz puts it: “[Leroy’s] vitriol toward Monet made a good splash on that day, but very soon he found that his poisoned pen had not only failed to kill off Monet and his friends, but had in fact given birth to the most famous art movement to have existed since the Renaissance.”

September Morn and Impression, Sunrise received so much attention not because they are inherently provocative but because they broke from tradition. The art world has heard this story before. It’s the “moral elites” scoffing at a small clique of “avant-garde” artists for challenging previous movements, styles and norms. History teaches us that the latter group eventually wins by changing what’s considered acceptable. It’s a romantic narrative - what was once rejected, rendered outrageous and unintelligible, was eventually deemed a masterpiece – yet the tension between those anchored by tradition and those who thrive on defying the norm is precisely what drives artistic innovation, from Lascaux to Rococo.

The irony is that Comstockians are partially responsible for this predictable turnover. One reason is that they provide “grisly” modern art free press. Nassim Taleb notes in his latest book that the French playwright Honoré de Balzac once observed that actresses paid journalists to write favorite accounts – but the wiliest got them to write unfavorable comments, knowing that it made them more interesting. Exactly. (Taleb bought Tom Holland’s book on the rise of Islam “for the sole reason that he was attacked by Glen Bowersock, considered to be the most prominent living scholar on the Roman Levant.”)

Another reason is a simple psychological principle: we habituate to repeated stimuli. Every so often a work of art – a poem, novel, song, painting sculpture, movie, etc., - that is exceedingly novel comes along. Viewers react with confusion, sometimes anger. Then something peculiar happens. They get used to it - they incorporate the original ideas and new standards arise. There are hold outs, to be sure, but within a few years or decades what was provocative becomes modest, even expected.

From this perspective the bad review is a vital player in the history of art. First, it draws attention to a piece of art. Then, after enough exposure, the brain gets use to whatever innovation it deemed faux pas. In the end, the public comes to see the bad review as elitist, and the definition of mainstream changes once again. There are limits of course. Alvin Lucier’s I Am Sitting In A Room, one of the first experimental electronic music compositions, will probably never be #1 on iTunes and I’m willing to bet that Broadway won’t run an Alfred Jarry play anytime soon. Too much novelty is difficult to adjust to. However, it’s better than too much familiarity - after all, art that baffles is always better than art that bores.