There's Water on Mars. We'll Harvest Oxygen From It.

This development could lead to resources that may benefit future expeditions. 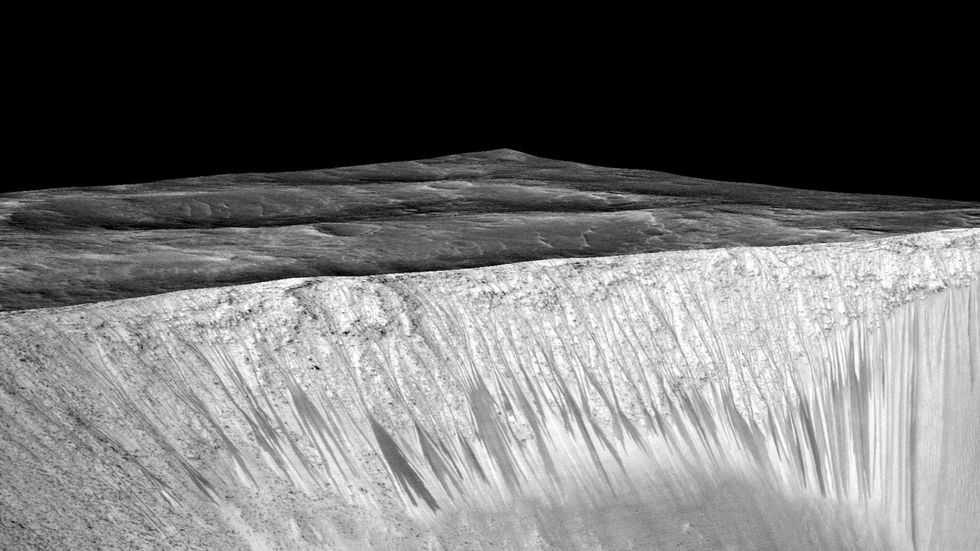 NASA has been teasing us with a “big announcement” concerning Mars since last week. This morning we got our answers. A team of researchers confirmed the Mars Reconnaissance Orbiter (MRO) has found water.

After years of methodical study, researchers noticed dark streaks appearing on the slopes of Mars. These streaks seemed to ebb and flow during the warmer seasons on the red planet, indicating water.

“Our quest on Mars has been to ‘follow the water,’ in our search for life in the universe, and now we have convincing science that validates what we’ve long suspected,” said John Grunsfeld, Associate Administrator of NASA’s Science Mission Directorate in Washington, in a press release. “This is a significant development, as it appears to confirm that water — albeit briny — is flowing today on the surface of Mars.”

"Our quest on Mars has been to ‘follow the water,’ in our search for life in the universe, and now we have convincing science that validates what we’ve long suspected."

This development could lead to resources that may benefit future expeditions. The water itself is pretty salty, saltier than the world's oceans, according to scientist Alfred McEwen. The researchers estimate at least 100,000 cubic meters of water. But it's wet soil, rather than standing water, which means researchers will have to develop ways to extract it from the ground.

However, it seems NASA's researchers are already on it — developing some "MacGyver" solutions to prepare for a Mars mission: Diane Linne, a senior research engineer at NASA’s Glenn Research Center, demonstrates one such solution in how astronauts might harvest oxygen on Mars.

This will help in our ultimate goal to become a space-faring species, which is necessary for the long-term survival of the human race, according to Stephen Petranek, author of How We'll Live on Mars.