Think of the Future in Days, Not Years, to Meet Your Goals

When we think about future events in days, rather than years, we're able to better connect with our future selves. 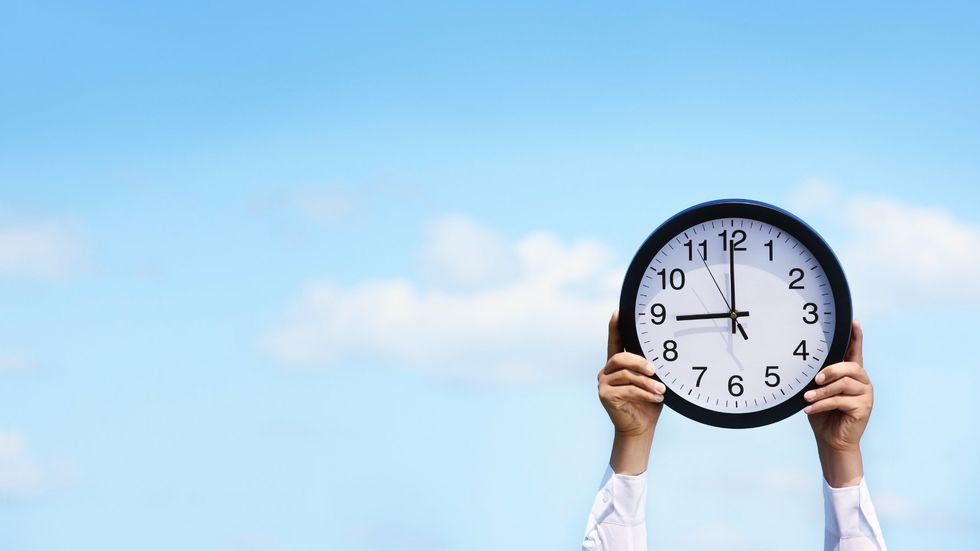 When given the choice, we often choose our present needs over the needs of our future selves. In fact, a recent study indicates that we see our future selves as a stranger — we don't care what happens to them down the line. Even though we probably should.

Lead researcher Daphna Oyserman of the University of Southern California thinks there's a solution — a way to hack our brains to create a connection to the future and push our present selves to action. All you have to do is frame time in days instead of years.

As part of Oyserman's study, published in Psychological Science, she found that if people framed time in days instead of years, people perceived future events to be closer and thought of them as more urgent.

Oyserman explained in a press release:

"This is a new way to think about reaching goals that does not require willpower and is not about having character or caring.”

Alongside her team of researchers, Oyserman devised a series of seven studies to examine people's perception of time and pursuing goals. For one of the experiments, researchers asked a series of online participants how soon would they start saving for one of two scenarios: college or retirement — both very important future investments, but framed the question in units of either days or years. For example, when would they start saving for college that started in either 18 years or 6,570 days? How about for retirement starting in either 30 years or in 10,950 days?

The participants stated that they would start saving four times sooner when given the “days” condition over the “years” condition.

What's more, in another experiment where participants were asked to think about planning for events in units of days, months, or years, researchers found that the smaller the unit, the closer the event seemed to participants. Oyserman thinks that this could be a handy trick to help people, so “investing in the future does not seem like a sacrifice."

Oyserman hopes that this mind-hack "may be useful to anyone needing to save for retirement or their children's college, to start working on a term paper or dissertation, pretty much anyone with long-term goals or wanting to support someone who has such goals."