A Good Night’s Sleep? The Truth about Using Marijuana and Alcohol as Sleep Aids

How successful are these drugs in inducing a good night’s sleep – and what are the drawbacks, over time, to using them as sleep aids? 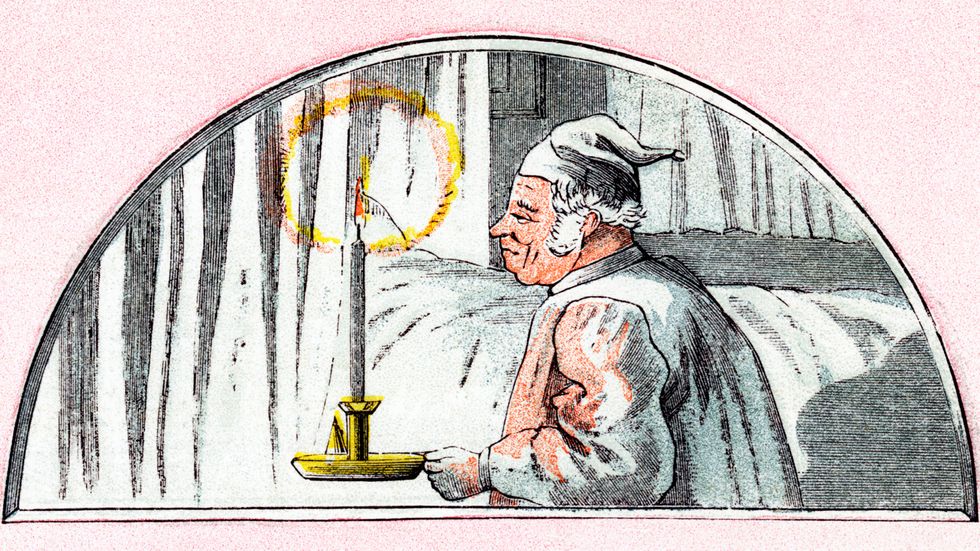 One in three people are said to suffer from occasional insomnia, and anyone who has experienced a more serious form of this sleep disorder will know just how frustrating and debilitating it can be. While some insomniacs turn to sleeping pills to assure them of a good night’s sleep, in the long run this is neither effective nor advisable, medically speaking. Many others rely on self-medication to help them drop off, with alcohol and marijuana commonly cited as effective sleep aids.

But how successful are these drugs in inducing a good night’s sleep — and what are the drawbacks, over time, to using them as sleep aids?

A Nightcap or Three

“I’ve relied on a nightcap — or three — to send me to sleep for years,” says Nick, a computer engineer who’s struggled with insomnia since he was a teenager. “I know people say you shouldn’t drink before bed, but for me it was the only thing that worked. My insomnia peaked during my last year of college, and I was prescribed sleeping pills by my doctor, but they had terrible side effects — I started suffering from extreme mood swings and they left a nasty, metallic taste in my mouth the next day.”

Nick decided to switch to a classic sleep aid: a nightcap – in his case, a few whiskeys in the hours leading up to bedtime. Though it’s common knowledge that on the whole, alcohol can be detrimental to sleep, around 15 percent of people regularly use alcohol to drop off. Studies suggest that alcohol loses its benefit as a sleep aid after just a few nights, and after several nights of drinking your body builds up a tolerance to its soporific effects.

Further, a study this year by scientists at the University of Melbourne found that students who drank alcohol before going to bed displayed interrupted sleep patterns. While this study did, like many before it, find evidence that alcohol can help to reduce the time it takes to actually fall asleep, it also cemented the idea that alcohol is not conducive to a good night’s sleep.

Alcohol significantly reduces REM sleep, the deepest stage of sleep where dreaming is most likely to occur. It does, conversely, increase slow-wave sleep during the first half of the night, a stage of sleep linked to the body’s healing and restoration. So it seems there is somewhat of a compromise: Alcohol can help you fall asleep and enjoy a restful first half of the night, but the trade-off is disrupted, fragmented sleep for the second half. Naturally, people are affected in different ways and there are many people like Nick who insist that a stiff drink before bed is actually beneficial overall:

“I honestly feel rested the next morning. Perhaps the second half of my sleep isn’t as restful as it could be, but it certainly beats the alternative — a sleepless night, tossing and turning and becoming more and more frustrated. Or, turning to sleeping pills, where the long-term effects still aren’t known, and experiencing adverse side-effects. I know it’s not exactly healthy to drink every night, but it’s not like I’m drinking excessively each night; it’s just a few drinks. I’m prepared to pay that price for a good night’s sleep.”

A Deficiency of Dreams

Being prepared to compromise a degree of health for some restful sleep is not uncommon among insomniacs, as freelance writer Leah can attest. A regular marijuana smoker for over nine years, Leah has noticed negative cognitive effects as a result of the drug, but insists it’s all worth it.

“I first started smoking marijuana when I was at college,” Leah says. “I’d found it difficult to fall asleep since I was a child, but the older I got, the more elusive sleep became. I first tried pot as a college student experimenting, and found that it was the only thing that sent me to sleep. My doctor had given me some pretty heavy-duty sleeping pills, but they didn’t work too well. I had a friend who became addicted to sleeping pills with some really bad consequences, so I was very wary of taking them as it was.”

Aside from an increase in appetite, the best known side-effect of marijuana is probably the relaxed, drowsy feeling it provokes, which is why it’s such a popular sleep aid. But inducing sleep isn’t the only affect marijuana has; like alcohol, it reduces REM sleep and therefore dreaming — but to a more extreme effect. It is specifically the ingredient tetrahydrocannabinol (THC) that affects REM sleep, and it’s common for regular marijuana users to witness a flooding of extreme dreams as soon as they stop smoking.

“I’ve definitely noticed that I don’t dream anymore,” acknowledges Leah. “But for me, that was a pretty welcome side-effect. I used to have very vivid, messed-up dreams that would leave me feeling unsettled for hours in the morning. I can’t say I miss that.”

While Leah may not miss her dreams, they are nonetheless important. Dreaming is the brain’s way of sifting through the numerous images and thoughts that one experiences each day, and quashing this function is not at all ideal, as Dr. Hans Hamburger explains:

“By smoking weed, you suppress the REM sleep, and with that you also suppress a lot of important functions of that REM sleep. One of those functions is reliving the things you have experienced and coming to terms with them, as it were. Processing all kinds of psychological influences is something you do in REM sleep. You also anticipate the things that will happen the next day or the days after that. While you're sleeping, you already consider those and make decisions in advance."

It has even been suggested that marijuana can actually exacerbate insomnia; a study last year by the University of Pennsylvania found that people who began using marijuana early on in life were more prone to sleep problems later. However, it must be noted that this notion is still inconclusive. While around 42 percent of daily marijuana users experienced sleep disturbances when they quit (just as nearly 75 percent of alcoholics experienced insomnia for a period after quitting), for regular users like Leah this is inconsequential:

“I suffered from chronic insomnia way before I started smoking pot. I do wish I didn’t have to rely on it though, because while it means I can guarantee a long, deep sleep, it does affect me negatively in some ways. I’m usually quite groggy in the mornings — although, far less groggy than I would be if I hadn’t slept at all! But I have started to notice the effect on my memory, which is quite alarming considering that I’m not even 30 yet. But realistically, what else can I do if I want to sleep and refuse heavy medication? There’s no cure for insomnia; I can’t afford to go to a sleep clinic and even if I could, I don’t have the time for it.”

Unfortunately for Leah, the causes and cures of insomnia still remain, to a large part, a mystery to scientists. Though we spend around a third of our lives sleeping — and all animals sleep in various forms — the fact remains that scientists still don’t fully understand why: Sleep has even been called “one of the greatest unsolved mysteries of science.” Despite the risks associated with self-medicating with alcohol or marijuana, it seems that the threat of not sleeping at all counteracts that — to insomniacs, at least.