By consciously practicing optimism, Jason Silva believes, we create circumstances that make external challenges weaker and easier to overcome. It’s mind over matter – thinking your ideal world into being by choosing to believe it already exists. 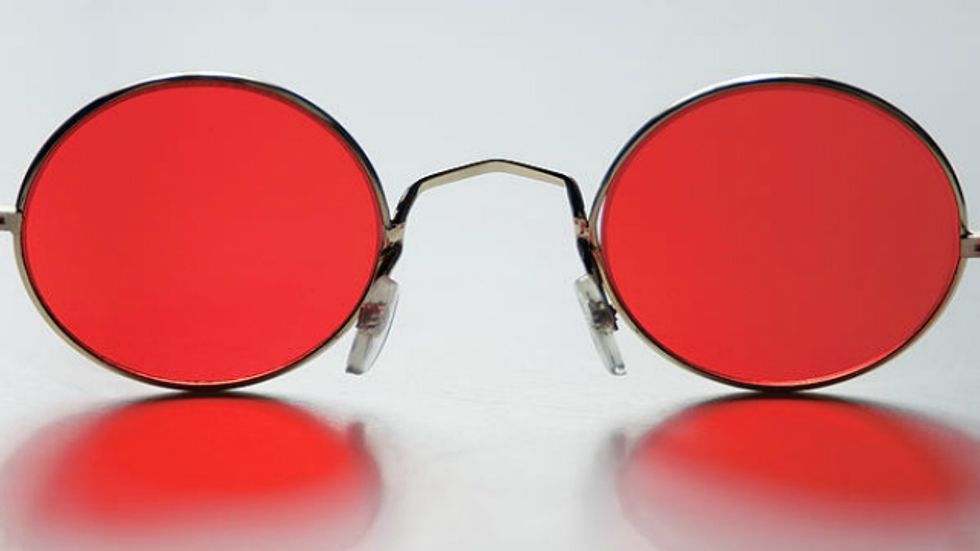 Jason Silva is an optimist. With a capital O. His optimism hits you full force the moment you meet him – the broad, beaming grin, the reassuring handshake . . . no, before that, in the form of multiple enthusiastic exclamation points in his every email. More specifically, he’s optimistic about the Future, with a capital F. The bionic arms, microchip-in-your-brain kind of Future.

Video: Jason Silva on the self-reinforcing power of optimism

A devotee of the theories of Ray Kurzweil, Buckminster Fuller, and the tech evangelists who staff the Singularity Institute in California, Silva believes that humanity is evolving rapidly toward a state of utopian harmony with machines. Lately, he’s been doing his part to hurry us along – at least imaginatively – by producing short videos that induce a state of future-awe through rapid-fire, hallucinatory animation, stirring music, and compressed philosophical musings on neuroscience, exponential thinking, and the Cosmos.

The undercurrent that runs through all of these videos, and Silva's conversation, is an intense, driven faith in humankind’s power to triumph over uncertainty and death. For Silva, it seems, the purpose of human life is to overcome the primal terrors of existence by manifesting our dreams in the form of technologies that erase them. Of course death is the most primal terror of all, and Silva openly admits that it terrifies him. With a capital T.

Like Kurzweil, who (among many other activities) markets longevity products, Jason Silva has a strong personal stake in the Singularity’s quick arrival.

The Role of Optimism

Optimism, for Silva, is an active and self-reinforcing practice – or, as he puts it (along with Rich Doyle, author of Darwin’s Pharmacy), a “self-amplifying feedback loop.” It’s at the core of his faith in human agency: by practicing optimism, he believes, we create circumstances that amplify that optimism and make external challenges weaker and easier to overcome. It’s mind over matter – thinking your ideal world into being by choosing to believe it already exists.

The science supports him in this. Some fairly robust studies point out strong links between optimism and good health, in the form of lower blood pressure and reduced levels of anxiety (and its many negative physical correlates). And it shouldn’t take a study to convince us that it’s easier to achieve the impossible when that word’s not in your vocabulary.

Without a doubt, orthodox optimism – a fierce commitment to seeing the positive side of everything, all the time – is a very effective foundation if you want to get ambitious things done very quickly. It has enabled a generation of Silicon Valley entrepreneurs to reshape the face of civilization in fairly short order.

Its main peril, perhaps, is ethical myopia. While optimism may allow us to dream our imagination into being, only critical reflection can enable us to evaluate the meaning, value, and probable consequences of those dreams. Bioethicists like Paul Root Wolpe, a recent Big Think guest, are very likely viewed as a major downer by the singularity crowd, asking all these pesky questions that disrupt the fervid pitch of technological progress.

But it doesn’t necessarily need to be a simple choice between boosterism on the one hand and paranoid over-regulation on the other. It’s quite possible that bionic arms and nanobots that cleanse our bloodstream are something we decide, on balance, is best for the species. And perhaps the optimists, by taking unfettered action, pave the way for the ethicists to ask bold, new questions about what it means to be human, and what we want it to mean.

Jason Silva’s films are exhilarating indeed. And I agree wholeheartedly that we are on the brink (or in the midst) of profound and amazing transformations. But I confess that what these hi-octane, accelerated future visions inspire in me, personally, is the need for a very long, deliberate, drawn out conversation.