When producers from HBO’s Last Week Tonight with John Oliver approached Trollbäck + Company to design the introduction sequence for the show, they knew exactly what they didn’t want the firm to create: another news show parody package, a la the shows of Jon Stewart or Stephen Colbert. That’d been done.

So the firm instead created a sleek, minimalistic sequence featuring a rotating suite of graphics accompanied by faux (and sometimes real) Latin labels. 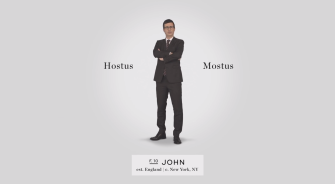 Graphic designer Kelli Miller, currently of And/Or, told Art of the Title about the inspiration for the sequence:

“The concept that we ultimately went with was inspired by cabinets of curiosity and encyclopedic reference books. I was thinking about how all these events, people, and cultural touchstones are examined, dissected, and kind of fantastically wonderful when you look at them through the lens of humour and satire.” 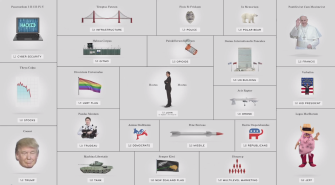 Before settling on the encyclopedia-inspired aesthetic, designers considered other looks, like the one below. 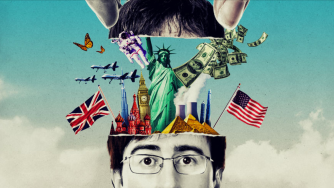 The title sequence is now a signature part of the show, but it moves so quickly that it’s hard to register all the visual jokes, like the photo of Vladimir Putin with the label Potus Operandi. 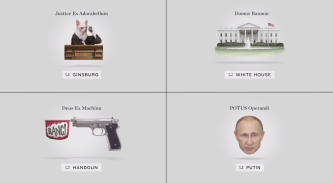 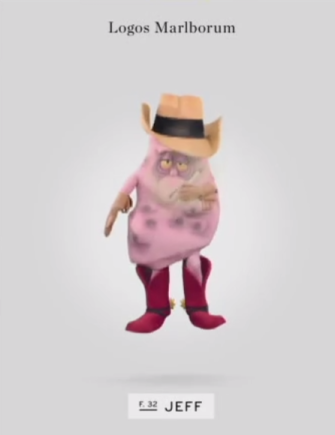 The title sequence’s key feature, however, is the easter egg that appears briefly just before the start of the show, typically making a topical joke about the news of the week. For the July 30 episode, the joke was about the ouster of Reince Priebus from the Trump administration. 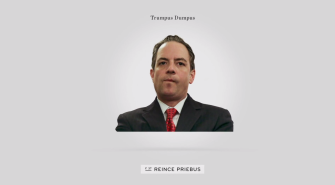 “That’s really awesome because sometimes TV shows don’t have the staff to manage that sort of thing, but they did a really great job of carrying through the vision.” 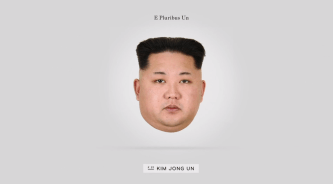 “The density of the visual language and these updatable easter eggs really makes it fun to watch every week rather than the kind of thing that you might want to skip over after several viewings.” 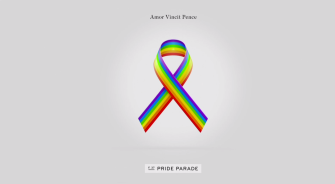 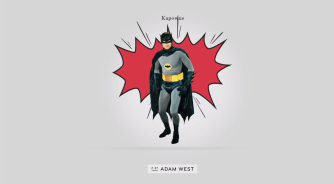 A small tribute to Adam West from the June 11 show. 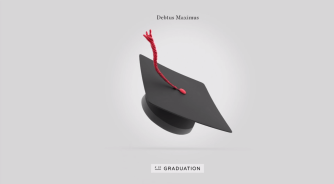 A joke about student debt just in time for graduation. 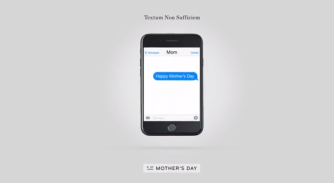 The most recent episode on August 20 paid tribute to Dick Gregory, American civil rights activist and comedian, who passed away on August 19, 2017.

Last Week Tonight with John Oliver isn’t the only show to change up its title sequence.

Earlier this year, Reddit user RohitMSasi shared screenshots of the title sequences of HBO’s Game of Thrones seasons 6 and 7, noting a key difference between the two: the seas on either side of The Wall appear to be frozen in the newest version, but not in season 6. Who cares? Obsessive fans, sure – but also White Walkers seeking a strategic entry into the northern regions of the Seven Kingdoms. 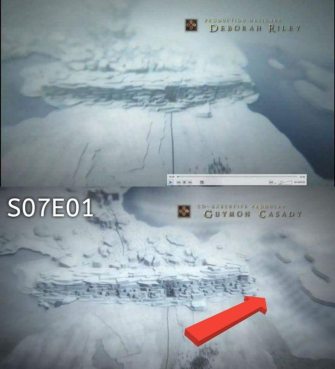 It’s possible that the convention of the TV title sequence will someday become obsolete. Its original function was to let viewers know what show they’re watching, but that seems less necessary given that people don’t really stumble into watching random TV shows on streaming services like they might have while flipping through channels.

The people behind The Office, for instance, shortened the show’s title sequence midway through the series’ run, ostensibly to give editors more wiggle room. On Netflix, “The Office” doesn’t even have a title sequence if the episode doesn’t feature a cold opening.

Viewers can also manually skip title sequences now. Netflix has already added a “skip intro” feature that its users seem to like, and other streaming services could follow suit. Still, there will probably always be a cohort of fans willing to endure title sequences in search of easter eggs. And Reddit karma.

Tags
comedydesigngame of thronesgraphic designhboJohn Oliverlast week tonightlatinopening creditswhite walkers
In this article
comedydesigngame of thronesgraphic designhboJohn Oliverlast week tonightlatinopening creditswhite walkers
Related
The Present
MIT engineers design touch-sensing glove that ‘feels’ pressure and maps stimuli
The design could help restore motor function after stroke, enhance virtual gaming experiences.
Strange Maps
Just four colors are enough for any map. Why?
The four-color theorem was one of the past century’s most popular and enduring mathematical mysteries.
Strange Maps
Welcome to the United Fonts of America
At least 222 typefaces are named after places in the U.S. — and there’s still room for more.
The Future
Modular construction: Using Lego-like blocks to build structures of the future
Buildings don’t have to be permanent — modular construction can make them modifiable and relocatable.
The Future
This programmable fiber has memories and can sense temperature
Researchers were even able store and read a 767-kilobit full-color short movie file in the fabric.
Up Next
Personal Growth
Cohousing Could Help Solve Some of the World’s Most Pressing Problems
Though it looks promising, there are some issues to work out before it becomes widespread.