The lone house with the white picket fence has become an essential part of the American dream and a desire for many others around the world. Today though, with growing social isolation and many lacking a sense of community, some are turning toward a different model, cohousing. Americans especially value privacy and space. To many, the idea at first glance seems less than appealing.

But what’s becoming increasingly clear is the negative consequences of social isolation, which is often a side effect of the current model. At the 2017 annual convention of the American Psychological Association, Professor Julianne Holt-Lunstad, PhD of Brigham Young University, presented worrisome findings. She and colleagues found that social isolation had a greater impact on public health than many other factors, including obesity.

No matter how ruggedly individualistic we may appear on the outside, human contact and connectedness are essential needs. Without them, we suffer immeasurably. Despite this, the number of socially isolated Americans has doubled since the 1980s, from 20-40% in just a few decades.

Americans today and those in other societies are living alone more and more, marrying less, and having fewer children. A recent AARP study estimates that 42.6 million US adults over age 45 suffer from chronic loneliness. Lots of them also experience mood disorders such as anxiety or depression, and problems such as poor sleep, higher stress hormone levels, and earlier cognitive decline. 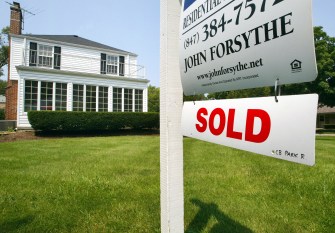 Dr. Lunstad’s study contained dual meta-analyses covering 148 studies and 300,000 participants. The second analysis included people from North America, Australia, Europe, and Asia. Researchers found that those who were isolated had a 50% higher chance of early death. Other studies say the isolated run three times the risk of premature mortality.

Some nations around the world are saying that they’re staring down a loneliness epidemic. One result has been a small but growing movement toward cohousing. Here, privacy is balanced with social interaction. Admittedly, it isn’t for everyone. But those who are living this way seem to be reaping some astonishing benefits.

Cohousing is defined as groups of people or families who decide to start their own planned community. They usually number between 15-40 individuals. Each member or family has their own house. But the houses are clustered around common areas designed for social interaction. Houses have kitchens, bedrooms, and living rooms, your typical house.

But the community also has a common house with a kitchen and dining room, where they cook and eat meals together a few times per week. Common play areas, patios, gardens, walkways, and laundry rooms offer other shared spaces. According to AARP, a unit in a planned community usually costs slightly more upfront than houses in the surrounding market, but savings in food and energy make the overall cost lower. 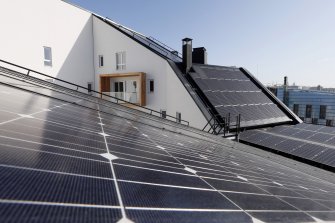 Usually, they end up sharing tools and other items, such as lawnmowers. Lots of friendships spring up. You have a wealth of experts to draw upon. It’s also great to have someone nearby who can offer a listening ear or a new perspective on a problem, instead of dumping it all on your partner. Eldercare and childcare become far more manageable too.

Living this way can improve health on both the individual and public levels. A 2011 study conducted by the Cohousing Research Network, found that 96% of residents said their quality of life improved after they began living this way. 75% said their physical health fared better. It’s a model that’s growing in popularity, particularly among seniors and baby boomers.

According to the Cohousing Association of the United States, there are 165 such communities. 148 are completed. Another 17 are being built and 140 are forming. This is by no means a purely American movement. It started in Denmark in the 1970s and today, 8% of Danes live in such a community. 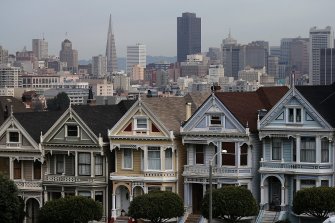 Most are governed through a democratic process. Everything is decided by a majority. Shortfalls include squabbles in the community, difficulty making decisions as a large group, and interpersonal problems. Another issue is that it cohousing isn’t accessible, as buy-in costs are above what most can afford. The overwhelming majority of cohousing residents are wealthy and white.

To overcome this, some nonprofits have stepped in to offer rentals at affordable prices. These include Petaluma Avenue Homes in Sebastopol, Calif., Wild Sage Cohousing in Boulder, Colo., and Capitol Hill Urban Cohousing in Seattle. Other organizations offer rentals in already established cohousing communities.

And some are even renovating old buildings and neighborhoods. Currently, there are 11 retrofit cohousing communities in the US. Though the overall model needs some retooling, if done right, cohousing could help solve a lot of the world’s most pressing problems, such as how to provide affordable housing, how to help people find work-life balance, how to regain the loss of community and connectedness we once had, and how to adopt sustainable living practices.

Related
Neuropsych
Daily caffeine intake temporarily alters your brain structure
Compared to people who took a placebo, the brains of those who took caffeine pills had a temporarily smaller gray matter volume.
Thinking
Why you should laugh at yourself, according to Seneca and Nietzsche
“It is more human to laugh at life than to lament it.”
Hard Science
The violence of the Tonga eruption is a wake-up call to watch other submarine volcanoes
Out of sight, but not out of mind.
The Present
How circular economics can make us happier and less stressed
Entrenched business wisdom says that community-led economic systems are pure fantasy. Douglas Rushkoff disagrees.
The Learning Curve
The art of asking the right questions
The right questions are those sparked from the joy of discovery.
Up Next
Surprising Science
Could This Gene Cure Sleep Disorders?
New research on mice at UCLA could hold a key for humans with sleep disorders.