Some words have been used to death; their meanings lost to excessive use. Others retain their meaning but are chronically misunderstood. This phenomenon isn’t anything new, Sartre declared the world existentialismto be meaningless back in 1946. Today, the terms we stand to lose the meaning of are even more myriad.

Here we have eight literary words that are either overused, misused, or flat out confused with something else. We hope to explain them and give you examples of media that embody the terms. 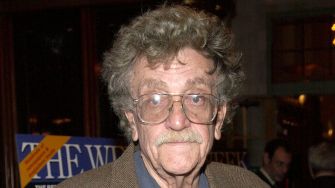 Named for: The works of Kurt Vonnegut.

Means: Vonnegut’s works often explore the flimsiness of the world we have around us, while also adding in large doses of science fiction and leaps of imagination to take the edge off the creeping absurdism and occasional nihilism. His books often present a rather depressing worldview, but one in which characters often manage to persevere and even find a bit of happiness despite everything.

Great examples of his work include Slaughterhouse Five and The Sirens of Titan. Other works that can be called Vonnegutesque are The Truman Show and Pleasantville.

“When a Tralfamadorian sees a corpse, all he thinks is that the dead person is in bad condition in the particular moment, but that the same person is just fine in plenty of other moments. Now, when I myself hear that somebody is dead, I simply shrug and say what the Tralfamadorians say about dead people, which is “So it goes.”- Slaughterhouse Five 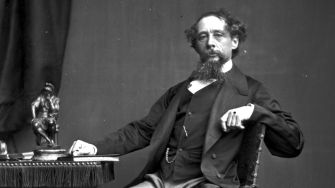 Means: Charles Dickens was an English writer during the Victorian era when the British Empire was at the height of its power. Rather than focus on the glory of his homeland, his works take us to the poverty-ridden streets of London where he shows us heroes crushed under the weight of social injustice and villains so repulsive they almost seem funny. The term can also be used politically to recall the injustices of the Victorian era.

Dickensian books include Oliver Twist, Great Expectations, A Christmas Carol, and David Copperfield among others. Almost all of these have all been adapted dozens of times into film.

“In the little world in which children have their existence whosoever brings them up, there is nothing so finely perceived and so finely felt, as injustice. It may be only small injustice that the child can be exposed to; but the child is small, and its world is small, and its rocking-horse stands as many hands high, according to scale, as a big-boned Irish hunter”.- Great Expectations 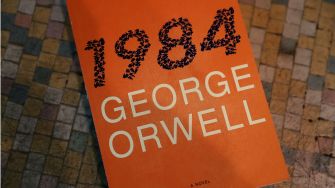 Named for: One book by George Orwell.

Means: Totalitarian, especially when relating to the ability of the state or a similar organization to always know what you are doing. Despite his extensive body of work, George Orwell is remembered principally for 1984, his dystopian novel on totalitarianism in Airstrip One.

We tend to misuse this one, as speed cameras aren’t quite Orwellian. The real terror of the Orwellian nightmare isn’t that somebody has lots of information about where are you and what you are doing, but also that they seek to use it to destroy what individuality you have by using it. 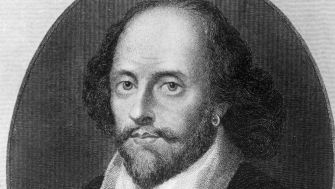 Named for: The works of William Shakespeare

Means: Shakespeare is, justly, considered the finest playwright of all time. Working in Elizabethan England, his plays and sonnets changed the English language and have been translated into nearly every living language since. His dialogue is particularly noteworthy, characters express themselves vividly and are relatable even centuries after they were created. Excellent prose, dramatic character arcs, or even insightful dialogue may be termed “Shakespearean” if it is done well enough.

Works: Hamlet, Macbeth, Romeo and Juliet, and dozens of others.

“To be, or not to be, that is the question. Whether ’tis nobler in the mind to suffer the slings and arrows of outrageous fortune, or to take arms against a sea of troubles, and by opposing end them?“- Hamlet 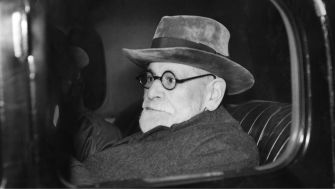 Named for: The psychology of Sigmund Freud.

Means: While Freudian ideas on treating illness have been rejected by psychiatrists in favor of more modern approaches, the themes he explored continue to influence the popular conception of psychotherapy. His ideas on sexuality, the Oedipus complex, phallic imagery, the effects that your childhood can have on you now, and dozens of other concepts that make you feel uncomfortable around your mother find their way into our media fairly regularly. We all tend to make Freudian slips now and again too.

Works that embody this concept include Psycho, The Interpretation of Dreams, and the works of David Lynch.

“The sexual wishes in regard to the mother become more intense and the father is perceived as an obstacle to the; this gives rise to the Oedipus complex.” -The Ego and the Id 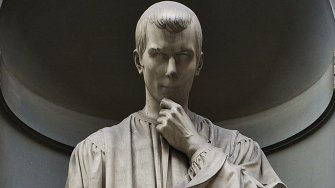 Named for: The author of The Prince, Niccolo Machiavelli.

Means: Machiavelli was a renaissance political theorist in Florence most famous for writing The Prince. In it, he objects to the idea of a virtuous and compassionate monarch and advocates strictly for ruling by power, intrigue, and cunning. This cynical brand of realpolitik gives us the world Machiavellian. Despite its negative connotation, a Machiavellian politician would be a rather effective one, as teaching rulers how to be effective was the point of the book.

The man himself offered examples of real rulers who lived up to his standards. His list included both Cincinnatus and Cesare Borgia. Later on, Napoleon, Stalin, and Mussolini wrote commentaries on The Prince in their spare time; whether or not they truly lived up to Machiavellian ideals is another question.

“…if we must choose between them, it is far safer to be feared than loved.”– The Prince 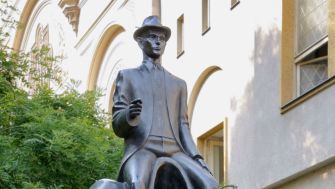 Named for: the works of Franz Kafka.

Means: The worlds Kafka creates in his stories feature surrealistic bureaucratic systems that are just as absurd as they are relatable. Characters experience dread, hopelessness, and despair when placed against a faceless problem that cares nothing for them. A system which is overly complicated and depersonalized isn’t enough to be Kafkaesque, however; there must be an element of the absurd, self-propagating, machine that drags people along in its wake as well.

Examples: Kafka’s The Trail (the book and the film), The Metamorphosis, A Hunger Artist, and In The Penal Colony. Works by others that embody the term include the film Brazil and the Department of Motor Vehicles.

“Here no one else can gain entry, since this entrance was assigned only to you. I’m going now to close it.” – Before the Law 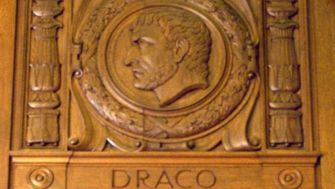 Meaning: Draco was the first democratic lawgiver of Athens. Elected on a Law and Order platform, once in power he instituted some extremely harsh laws, with the death penalty being dished out for stealing vegetables. Just as a “Draconian” punishment is one which seems a little too extreme, so was the list of legislation he issued to the people who elected him.

While his legacy has a negative connotation a common story of his death tells us he was suffocated under a mass of cloaks and garments thrown on him in gratitude by the voters of Athens. Most of his laws were altered by Solon when the Athenian constitution was reworked a few decades later, though his laws on homicide were retained.

Examples: While harshness is a relative term, most would agree that the death penalty for stealing a cabbage is a little much.

“It is said that Drakon himself, when asked why he had fixed the punishment of death for most offenses, answered that he considered these lesser crimes to deserve it, and he had no greater punishment for more important ones’– Plutarch

7 of the scariest monsters from Lovecraftian horror books

Who doesn’t love a little existential fear every once in a while?
High Culture

Jokes so cheesy even French philosophers will love them.
High Culture

Kurt Vonnegut on the 8 “shapes” of stories

The American author said he attempted to bring scientific thinking to literary criticism, but received “very little gratitude for this.”
High Culture

Yukio Mishima treated his life as if it were a story — one with a surprising and deadly final act.
Up Next
The Present

An hour away from Area 51 in the Nevada desert, this solar power plant “banks” energy in a way that could be replicated across the world.